Brave father saves his five children as their home burns

A heroic father has risked his life to rescue all of his children after their home in Brisbane’s south caught fire.

With his wife work, Shane Jones had only moments to gather all five of his children and bundle them to safety as the inferno engulfed the house and smoke poured into the street.

Heart-stopping footage obtained by 9 News has captured flames leaping from the first-floor windows of the property at 7.30am on Tuesday.

Shane’s wife Annette Jones shared the heartbreaking moment she received a frantic phone call that ‘ she will never forget’.

‘I just asked if everyone was safe…He goes, “Yeah all the kids were out” and that’s the main thing,’ Mrs Jones said. 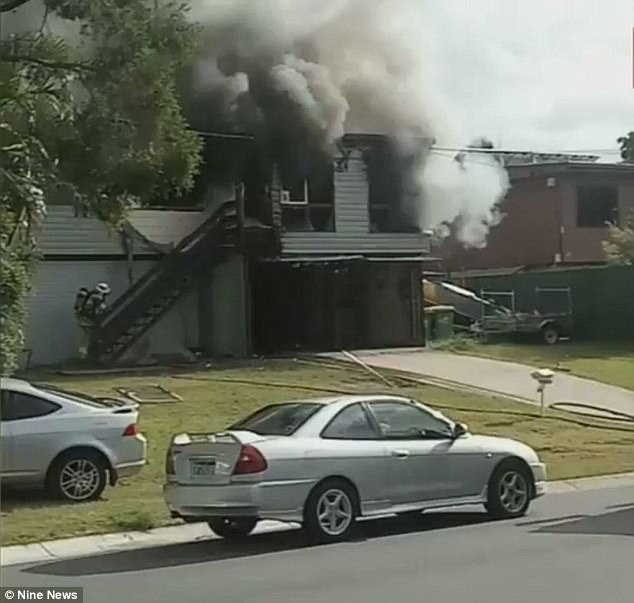 But Mr Jones has remained remarkably optimistic, saying that they have ‘fantastic neighbours’ that have offered the family clothes, a fridge and a place to stay’.

‘The main thing is that all my kids are out here and taking photos, and I’m sure we’ll bounce back.’ 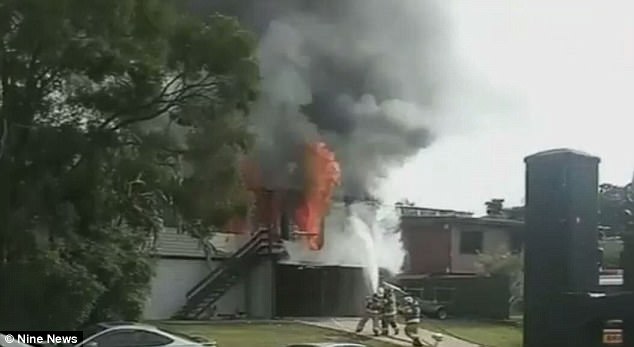 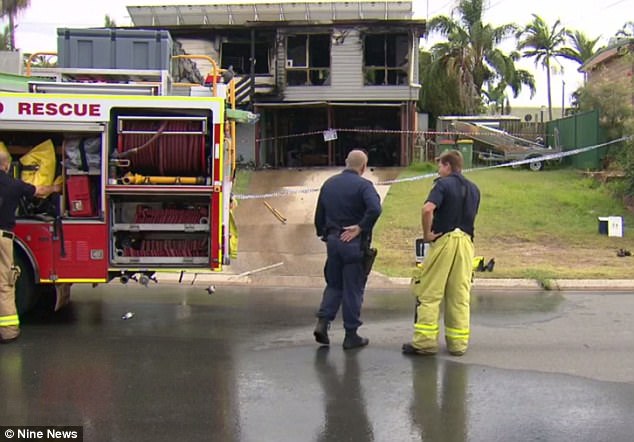 Police and fire investigators believe that the youngest child, aged 5,  may have started the fire

There are working smoke alarms in the property, but they reportedly did not react immediately.

Police and fire investigators believe that the youngest child may have started the blaze in the front bedroom, but are still working to determine the exact cause.

The five-year-old was reportedly in the front bedroom alone when the fire started.