By Lauren Ferri and Brett Lackey For Daily Mail Australia

The brave woman who ran into a bushfire and took her shirt off to save a defenceless koala as it sat helpless in the flames has opened up about the heart-wrenching moment.

Toni Doherty was recorded running into an out-of-control bushfire in the New South Wales town of Long Flat to save the injured marsupial, named Ellenborough Lewis.

Footage showed the koala, who had patches of fur missing, running close to the fires before Mrs Doherty poured bottles of water onto him and wrapped him up in a blanket.

Mrs Doherty opened up on Channel Nine’s Today show about how she feared the koala would run directly into the flames. 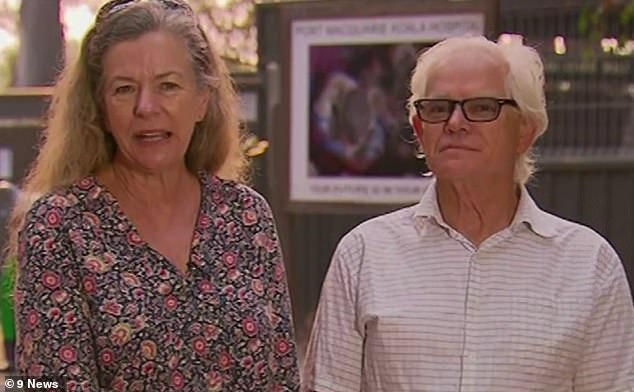 ‘It was vulnerable, all I could think to do was to try and rescue him,’ she said.

‘We just jumped out and I knew I needed to put something around him as I ran to the tree so I just took off my shirt and covered him with it and tried to get him out of the fire.’

Mrs Doherty said she could feel the heat radiating off Lewis as he screamed in pain.

‘He was being burnt. He was burning underneath, on his little back legs when he was approaching the tree, I’ve never heard a koala before, I didn’t realise they could cry out,’ she said.

Mrs Doherty said she wanted to get the koala out of the fire as possible and described the moment as ‘heart-rendering’.

She said she was happy to be wearing a good bra as she took her top off to place over him and get out of harms way. 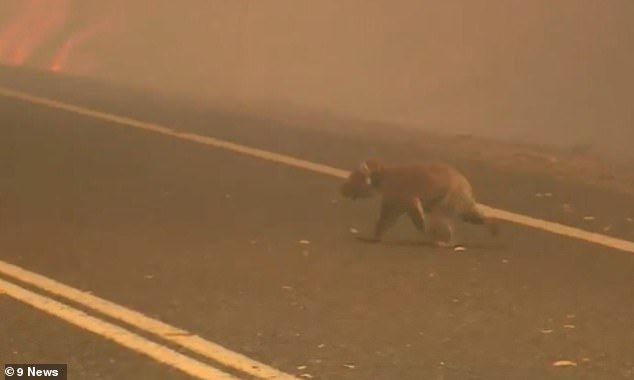 While the koala still has a long way to go recovering, he is doing well considering the trauma he has been through.

Mrs Doherty said Ellenborough Lewis is on a long road to recovery but has been eating leaves and is doing ‘as well as can be expected’.

As many as 350 koalas are estimated to have perished in the recent Australian bushfires.

As of Thursday morning the koala is in a stable condition and is now being cared for at a carer’s home away from the koala hospital. 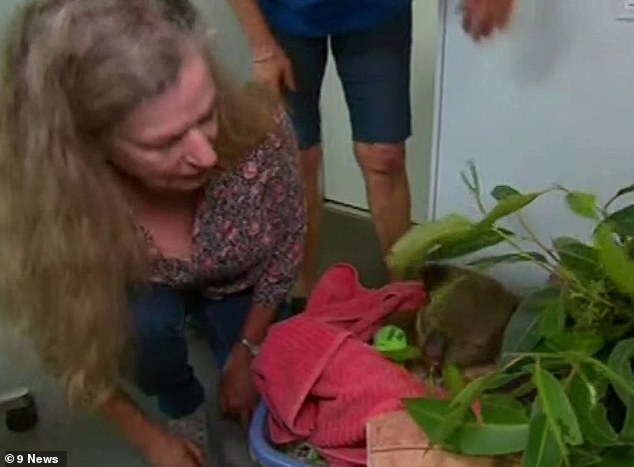 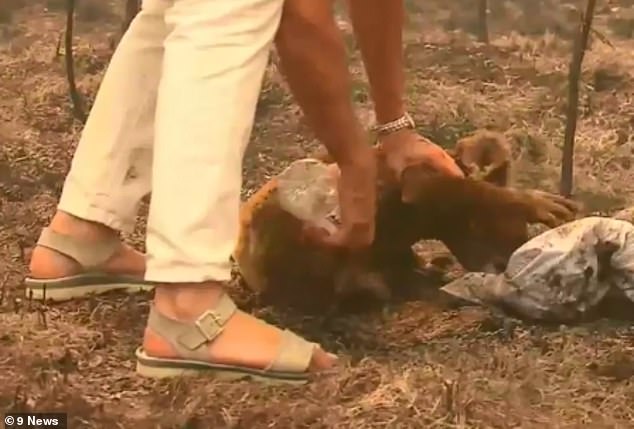 He has been bandaged and given oxygen and antibiotics.

As of Thursday mor than 50 fires are burning in NSW with total fire bans in several regions including the Illawarra and Shoalhaven.

About 70 fires are burning across Queensland with no end in sight to the crisis.

Meanwhile, Victoria has a total fire ban in place across the state and has declared Code Red conditions.

Anyone who finds an injured animal is urged to bring them to a vet.

If the injury is not serious but the animal cannot return to its habitat Wires Wildlife Rescue can be called on 1300 094 737 or visit wires.org.au and fill in the online form.