The pair, who are both wearing hoodies, brazenly ignored security cameras as they used screwdrivers on the front door of the property in Enfield.

The footage was posted online yesterday by Karen Demetriou, wife of Demi, 51, and mother of Lagi, 23, who together formed the 2009 dancing duo.

Mrs Demetriou said of the attempted break-in on Monday: ‘These are the two dirty s***bags that tried to break into our house in Enfield. 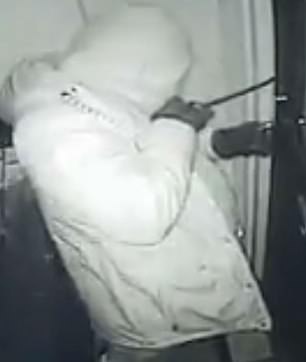 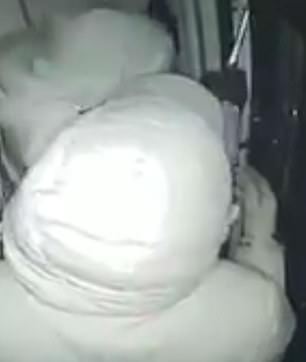 The pair are seen pushing on the door as they use screwdrivers to try and break in, left and right, and checking if they can be seen on the CCTV footage

It is understood the Demetriou family were not at home at the time, as they are currently in Cyprus where Lagi recently launched his own barber’s shop.

The Enfield property is currently occupied by tenants, one of whom chased the pair off before they got in.

CCTV video shows the two thugs trying to pry open the front door with screwdrivers after walking around the property to ensure the coast is clear. 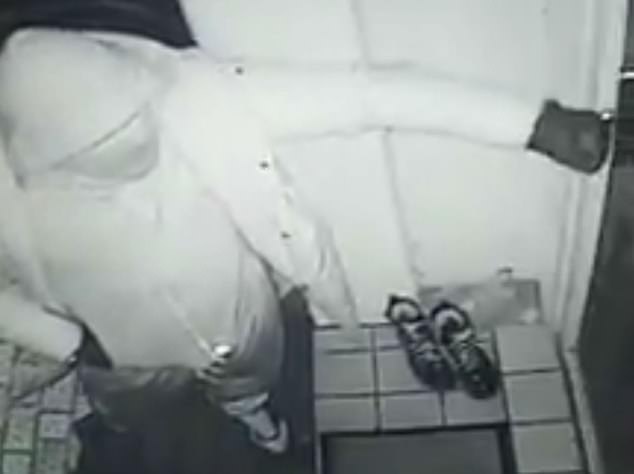 Karen Demetriou revealed that the tenants of the house heard the pair, one pictured at the front door, trying to break in and ran downstairs to chase them off

After a while they manage to open the door but appear to be stopped by a second security system.

They then peer through the window to check for movement before continuing their attempts to get into the house.

Eventually the pair sprint from the scene after realising they have woken up the occupants.

The video has angered many in the comments, with Sally Hughes saying: ‘Bloody hell Karen. That’s absolutely terrible.’ 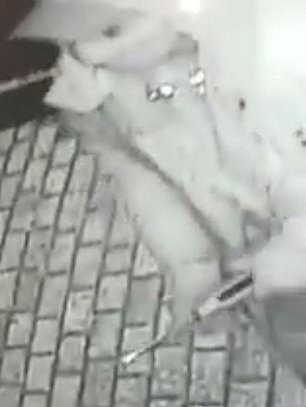 Anita Loizou added ‘it’s disgusting total scumbags’ while Jenny Challis wrote ‘how awful to watch it, glad they never got in.’

While Cassandra Max Ismailah said: ‘This is actually disgusting! What is the world coming too!’

And Beste Bayram added: ‘So many sick disgusting low life pieces of s**** around in London and the amount is growing. What a shame and how sad that we don’t feel safe in our own homes. Thank God they didn’t get in.’

Karen later commented saying the occupants of the house ‘heard them and came running downstairs!..they are fine just shaken.’

Stavros Flatley became legendary entertainers after capturing the hearts of the public on Britain’s Got Talent in 2009.

The father-son duo also performed on Britain’s Got Talent the Champions where they finished runners-up last month.

In October Stavros Flatley announced they would be splitting as Lagi revealed he wanted to focus on his barber shop in Cyprus which is home to the Stavros Flatley museum – located in the toilet. 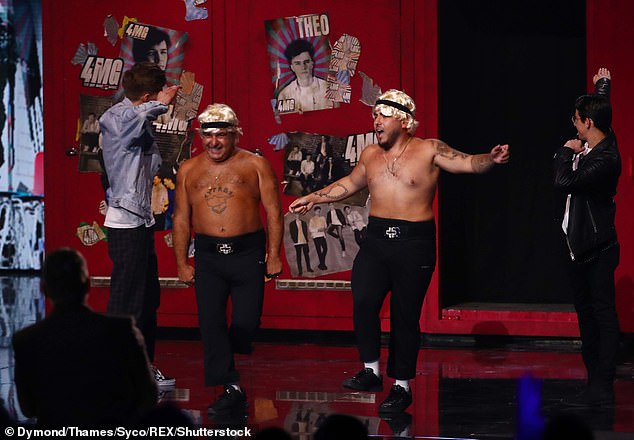 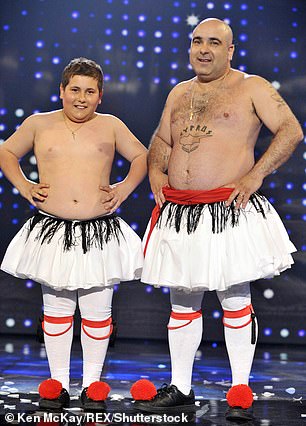 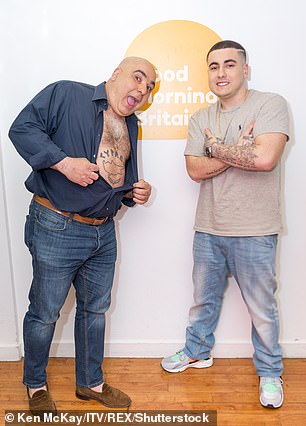 In October the father and son duo, pictured in 2009 left and in 2016 right, announced that Lagi would be leaving to focus on his Cyprus barbers shop

Lagi told MailOnline: ‘When we got to The Champions, I thought this was the right time to leave. But Simon Cowell told me not to quit forever. So I will return for some shows.’

According to The Sun, Demi will continue to perform as Stavros Flatley with his nephew Samson, 17, taking over from his son.

Stavros Flatley made their debut on Britain’s Got Talent in 2009 where they performed a humorous take on Michael Flatley’s Lord of the Dance routine.

Their series was ultimately won by dance troupe Diversity with singer Susan Boyle finishing as runner-up.

Demi claimed he and his son had pocketed more than £2million thanks to their success on Britian’s Got Talent and their subsequent performances.