Brazil’s stars ‘will NOT play’ in the Copa America on home soil as the nation heads for a third Covid wave, with captain Casemiro ‘BLOCKED from attending a press conference’ to publicly air concerns amid furious row with Brazilian football federation

Brazil stars playing their club football abroad are reportedly refusing to take part in the Copa America on home soil amid a surge in Covid cases in the country.

Manager Tite insisted his players are unhappy about the Copa America being switched to their country at the last minute, and admitted they will voice their opinion on the matter having spoken to the Brazilian football federation already.

The Copa America, awarded to defending champions Brazil after Argentina and Colombia were dropped as co-hosts, has become a contentious issue amid surging Covid cases in the region.

According to AS, Brazil players were left stunned when finding out the tournament had been moved to their country, leading to senior players being involved in a furious row with federation president Rogerio Caboclo.

The report claims the players feel they have been exposed to the health crisis and that it would be insensitive to play in the competition. The players see themselves betrayed and used by the federation as they seek to contact rival players from other countries to form a movement against the tournament going ahead.

The row with the federation led to Brazil captain Casemiro not appearing at his scheduled press conference on Thursday after being blocked by the federation – much to the Real Madrid star’s fury, who was keen to publicly air his grievances.

Reports have since followed that Brazilian internationals playing their domestic football in foreign countries will not play in the Copa America due to the crisis.

And Tite has revealed that his Brazil squad will make their opinion clear to the public at the ‘appropriate time’. 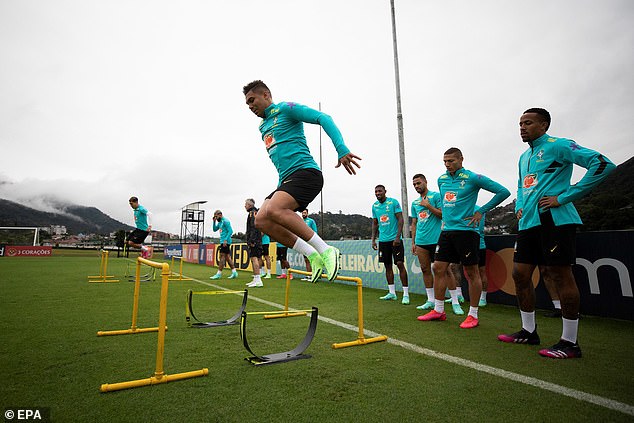 ‘They have an opinion, they exposed it to the president … and they will expose it to the public at the appropriate time,’ Tite revealed at a press conference when asked if his players had requested permission to skip the tournament.

‘That is why our captain Casemiro is absent today.’

Brazil are set to play Ecuador on Friday and Paraguay next Tuesday in South American qualifying clashes for the 2022 World Cup.

The South American football confederation chose Brazil as a replacement host earlier this week after Argentina were dropped because of the spread of Covid.

Colombia were also removed as a co-host last month amid street protests against president Ivan Duque.

Brazil players, executives and coaching staff haven’t spoken to the media since the decision was announced. 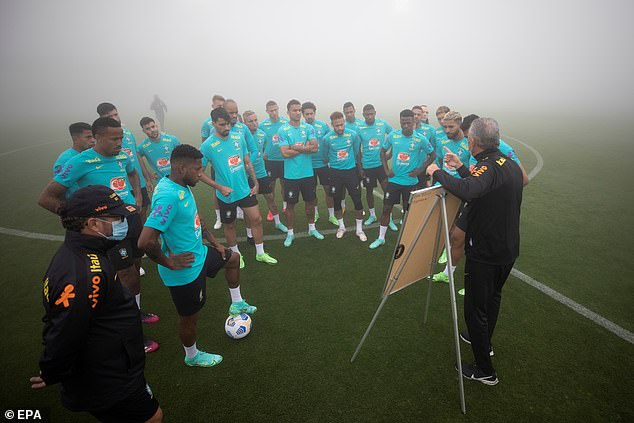 ‘We asked our athletes to focus only on the match against Ecuador,’ Tite added on Thursday. ‘We have a priority now, to play well and beat Ecuador. We understand that after the two rounds these situations will be clear.’

‘I am not avoiding answers and I am giving facts, with the understanding that I have,’ Tite added. ‘Copa America is very important. But our match tomorrow is more important.’

Brazil has recorded about 470,000 deaths from the ongoing Covid pandemic, and health experts are expecting a third wave of infections later this month.

Some protests have been staged against the government regarding the decision to switch the Copa America to the country amid the rise in Covid cases and economic uncertainty.

But Brazil’s stars have yet to speak out publicly about why they are against hosting Copa America, which starts in just nine days time.