Brazilian waitress is caught up in massive Sydney drug bust

Brazilian waitress, 25, and her boyfriend are ‘busted with crystal meth and she is accused of allowing criminals to deal drugs from her apartment’

A Brazilian waitress allegedly caught with a haul of illicit substances in her apartment has been accused of allowing people to use her home to deal drugs.

Julie Souza, 25, who is on a student visa, was allegedly busted with two ounces of crystal meth and 1.5 litres of gamma-butyrolactone at her home in Rosebury, Sydney on Thursday.

Officers arrested Souza as well as her Australian boyfriend Jake Hudson, 30, during an investigation to track down alleged meth dealers.

Julie Souza (pictured), who is on a student visa, was allegedly busted with two ounces of crystal meth and 1.5 litres of gamma-butyrolactone in her Rosebury unit

Souza allegedly had a gun under her mattress, while the meth was allegedly found in a bedroom cupboard.

More than 3,000 Xanax tablets and $1,000 were among the other items allegedly found by police, the Daily Telegraph reported.

Souza and Hudson were charged for allowing the apartment to be used to store the illicit substances and for possession of a gun.

But Hudson faces heavier charges related to the revolver and distribution of drugs.

The arrest of the couple comes after a string of drug busts honing in on syndicates in Sydney’s inner suburbs such as Redfern as part of Strike Force Petal.

Souza was granted bail and will face court at a later date, while Hudson did not apply but was formally refused. 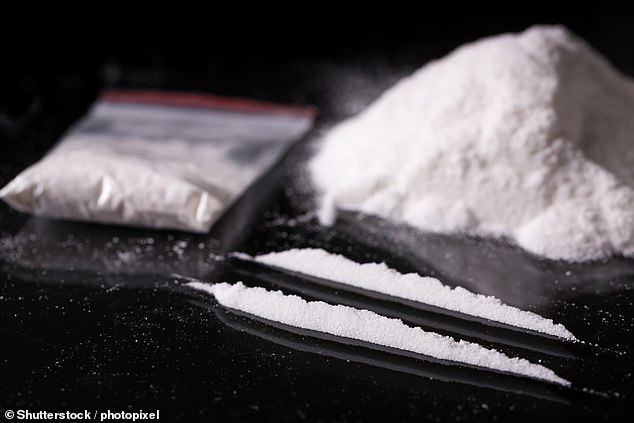 The Brazilian national allegedly possessed a .38 calibre revolver concealed under a mattress, while the meth was allegedly found in a bedroom cupboard (stock image)