Brazil’s first openly gay congressman has quit and announced he is moving abroad, after receiving death threats which have made his life ‘unbearable’.

Jean Wyllys, 44, was re-elected to his Brasilia seat at the country’s general election in October, which saw far-right populist Jair Bolsonaro – dubbed the ‘Trump of the Tropics’ – win the presidency.

But on Thursday, just days before the swearing-in of the 56th Congress, Wyllys sent a letter from overseas explaining that he will not take up his position as a congressman in February.

Jean Wyllys, Rio de Janeiro federal deputy for the Socialism and Liberty Party (PSOL), has left Brazil and will not take up his congressional seat following death threats

But the Socialism and Liberty Party (PSOL) to which Wyllys belongs have said his seat will go to a substitute lawmaker who is also gay: Rio councilman David Miranda, the husband of Pulitzer Prize-winning U.S. journalist Glenn Greenwald.

In the letter to the PSOL and released by the party, Wyllys said death threats had made his life unbearable and he hardly left his Rio home.

His siblings and his mother had also been threatened, he said.

Wyllys said in a newspaper interview that the climate of violence in Brazil, which had one of the world’s worst murder rates last year, had worsened since Bolsonaro swept to power. 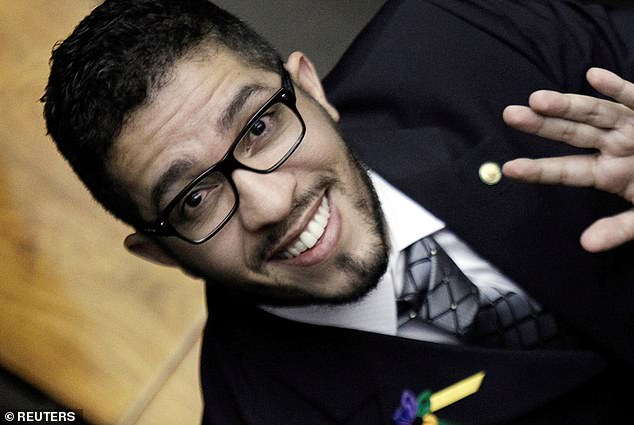 Wyllys, who is openly gay, said his family have been threatened and he has to live with bodyguards

The new President and former army captain has disparaged gay people and women. In a 2013 BBC documentary ‘Out There’, Bolsonaro told Stephen Fry that ‘no father is ever proud of having a gay son,’ and that ‘we Brazilians do not like homosexuals.’ 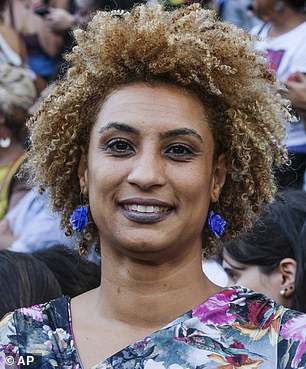 Councilwoman Marielle Franco, who was killed on March 14 last year, while returning from an event focused on empowering young black women

He is a vocal opponent of same-sex marriage, as well as other socially liberal policies including abortion and secularism, and has disparaged women and minorities.

Wyllys, a staunch advocate for gay rights, also fought religious discrimination and violence against women during his two terms in Congress.

The said he was tired of living with bodyguards since the execution-style murder in March last year of popular Rio de Janeiro councilwoman Marielle Franco, a fellow PSOL member.

‘It was not Bolsonaro’s election itself. It was the level of violence that has increased since he was elected,’ Wyllys told the Folha de S.Paulo newspaper.

A legislative aide in Brasilia confirmed that Wyllys, who rose to fame after winning the fifth season of Big Brother Brasil, will not return to the country from his current travels in Europe. 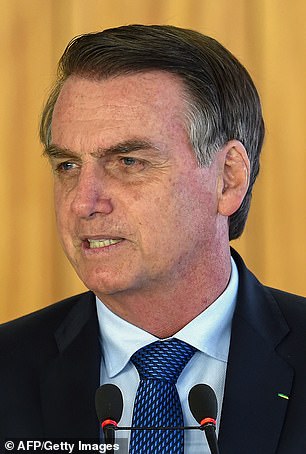 Wyllys (left) told a Brazilian newspaper that the climate of violence in the country had worsened since the Jair Bolsonaro (right), a far-right populist who has openly disparaged gay people, was elected President in October

Wyllys told Folha that he was the target of constant death threats and defamatory campaigns on social media and got pushed in the street even with bodyguards.

‘I don’t want to sacrifice myself,’ he told Folha. ‘I want to take care of myself and stay alive.’

The last straw, he said, were revelations that Bolsonaro’s son Flavio had employed on his Rio state assembly staff relatives of a fugitive former police officer suspected of involvement in Franco’s assassination.

‘To preserve one’s threatened life is also a strategy to fight for better days,’ Wyllys said in the newspaper interview.