BREAKING NEW: Gloria Vanderbilt dies at the age of 95

Gloria Vanderbilt, the iconic New York socialite, has died at the age of 95.

Tributes to the socialite were led by her son, CNN anchor Anderson Cooper on Monday.

‘She was ready. She was ready to go,’ Cooper said. He added that she was surrounded by ‘beauty and friends when it was time.’

She died at home on Monday morning, the ‘way she wanted’, her son said. 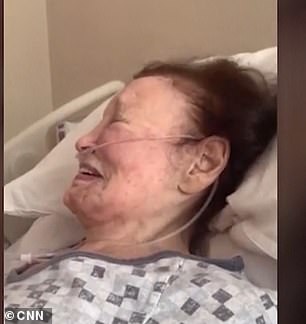 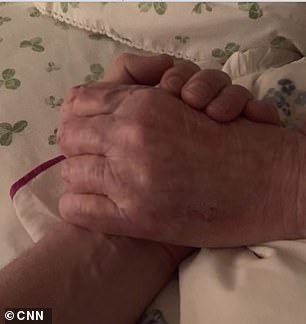 ‘What an extraordinary life.

What an extraordinary mom and what an incredible woman,’ Cooper said through tears during an emotional obituary package which aired on CNN on Monday a little after 10am.

Cooper said that over the last few weeks, every time he left his mother he told her that he loved her.

‘She said, “I love you too. You know that.” And she was right. I’ve known it from the moment I was born and I’ll know it for the rest of my life,’ he said.

Vanderbilt had four children from two husbands. She was married four times between 1941 and 1978.

She was the daughter of Reginald Claypoole Vanderbilt and Gloria Morgan Vanderbilt.