Breathing through your nose BOOSTS your memory

Breathing through your nose boosts your memory, according to new research.

It improves the transfer of the events we experience in our daily lives to our long-term memory bank, say scientists.

In the study, participants exposed to certain odours were better at recalling them if their mouths had been taped over.

The findings add to a growing body of evidence that inhaling through the nose rather than the mouth enhances cognition.

Intriguingly, recent studies have also suggested a fading sense of smell is one of the first signs of Alzheimer’s disease.

Breathing through your nose boosts your memory, according to new research. It improves the transfer of the events we experience in our daily lives to our long-term memory bank, say scientists (stock image)

Professor Artin Arshamian, of the Karolinska Institute in Sweden, said: ‘Memories pass through three main stages in their development – encoding, consolidation, and retrieval.

‘Breathing through the nose compared to the mouth during consolidation enhances recognition memory.

‘This demonstrates, first, that nasal respiration is important during the critical period where memories are reactivated and strengthened.

‘Second, it suggests the neural mechanisms responsible may emerge from nasal respiration.’

The experiment consisted of two separate sessions each including an encoding, a consolidation and a recognition phase.

During encoding the 24 Swedish men and women aged 19 to 25 were presented with six familiar fragrances – such as strawberry – and six unfamiliar ones like the pungent alcoholic scent 1-butanol.

They were asked to remember them and then rested for an hour during which time they either breathed through their nose or mouth – the consolidation period. Mouth tapes or nasal clips were used.

The participants were then once again presented with the smells mixed with 12 new ones – six familiar and 6 unfamiliar odours.

When asked to recognise if it was new or old they were almost twice as successful if they had breathed through the nose. 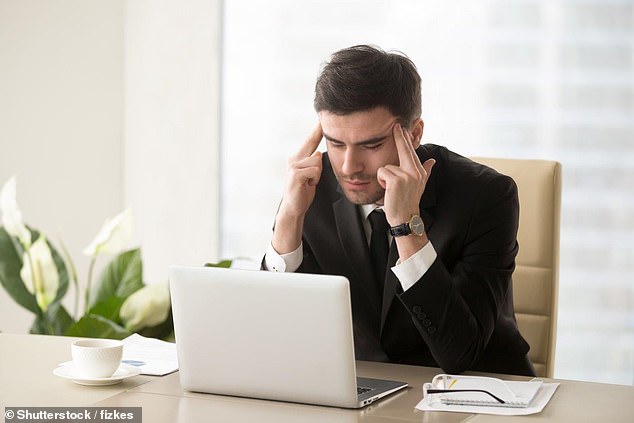 In the study, participants exposed to certain odours were better at recalling them if their mouths had been taped over. The findings add to a growing body of evidence that inhaling through the nose rather than the mouth enhances cognition (stock image)

‘Specifically nasal, but not mouth, respiration entrains neural oscillations that enhance the encoding and recognition processes. We demonstrate that respiration also affects the consolidation stage.’

In mammals smells are first processed by the olfactory bulb which starts inside the nose and runs along the bottom of the brain.

This has direct connections to two brain areas that are strongly implicated in memory – the hippocampus.

Professor Arshamian said hippocampal rhythms are implicated in the transfer of information between sensory and memory networks.

He said: ‘These oscillations are entrained by nasal respiration and driven by the olfactory bulb.

‘They then travel to the piriform cortex where they propagate further downstream to the hippocampus and modulate neural processes critical for memory formation.

HOW CAN YOU TRAIN YOUR BRAIN TO BANISH BAD MEMORIES?

A recent study led by researchers from Dartmouth and Princeton has shown that people can intentionally forget past experiences by changing how they think about the context of those memories.

The researchers showed participants images of outdoor scenes, such as forests, mountains and beaches, as they studied two lists of random words.

The volunteers deliberately manipulated whether the participants were told to forget or remember the first list prior to studying the second list.

Right after they were told to forget, the scans showed they ‘flushed out’ the scene-related activity from their brains.

But when the participants were told to remember the studied list rather than forget it, this flushing out of scene-related thoughts didn’t occur.

The amount people flushed out scene-related thoughts predicted how many of the studied words they would later remember, which shows the process is effective at facilitating forgetting.

To forget those negative thoughts coming back to haunt you, researchers suggest trying to push out the context of the memory.

For example, if you associate a song with a break-up, listen to the song in a new environment.

Try listening to it as you exercise at the gym, or add to a playlist you listen to before a night out.

This way, your brain will associate with a positive feeling.

If a memory of a scene from a horror film haunts you, watch the same scene during the daytime.

Or watch it without sound but play a comedy clip over the top.

It has been suggested similar behaviour should be observed for the consolidation process – the stage between encoding and recognition – where memory is reactivated and strengthened.

Professor Arshamian said: ‘However, direct evidence for such an effect is lacking in human and non-human animals.

‘Here we tested this hypothesis by examining the effect of respiration on consolidation of episodic odour memory.

‘These results provide the first evidence that respiration directly impacts consolidation of episodic events and lends further support to the notion that core cognitive functions are modulated by the respiratory cycle.’

The study, published in the journal JNeurosci, follows research by a US team two years ago that found one strong inhale through the nose sharpens memory.

Individuals were able to identify a fearful face more quickly if they encountered it when breathing in compared to breathing out.

People also were more likely to remember an object if they encountered it on the inhaled breath than the exhaled one. But the effect disappeared if breathing was through the mouth.