Brendan Rodgers is right: Liverpool are on a different level

Brendan Rodgers is right: Liverpool are on a different level… Leicester looked nervous from the off and the Reds were at least a couple of notches above the Foxes in 4-0 thrashing

As the half-time whistle blew, James Maddison’s reaction told a tale. The Leicester midfielder’s shoulders sagged as he trudged towards the tunnel, a mixture of dejection and frustration.

In 45 minutes — and in the 90 against Manchester City five days previously — we had seen why Brendan Rodgers has been so cautious in his assessment of his team’s season, even as they put together a club record eight consecutive top-flight wins between October and December.

‘Let’s see where we are with 10 games to go,’ has become Rodgers’ standard response to questions about his team’s prospects of qualifying for the Champions League, or even winning a second Premier League title. 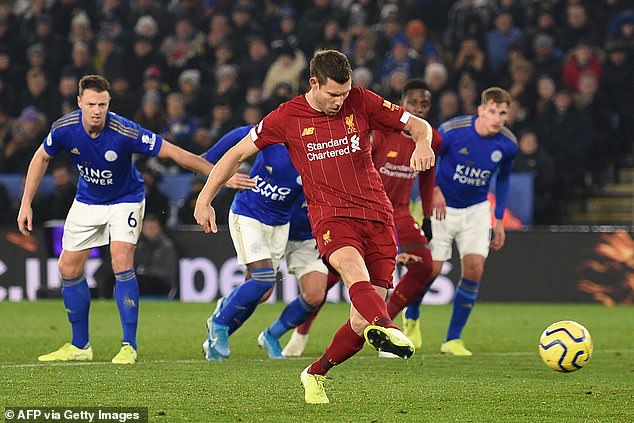 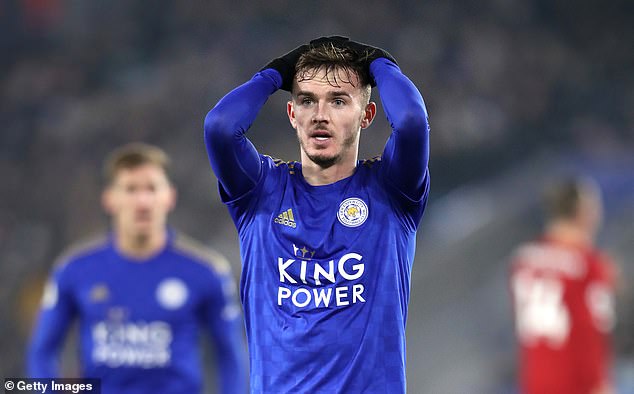 When asked how good Maddison can become, Rodgers has praised the 23-year-old but emphasised that he remains a young player in development. He has been similarly careful when speaking about Ben Chilwell, 23, or Harvey Barnes, 22.

From the off, Leicester looked nervous, and Liverpool were at least a couple of levels above Rodgers’ men.

Even Jamie Vardy, the most effective striker in the Premier League this season, struggled as he was policed with superb efficiency by Joe Gomez and Virgil van Dijk. 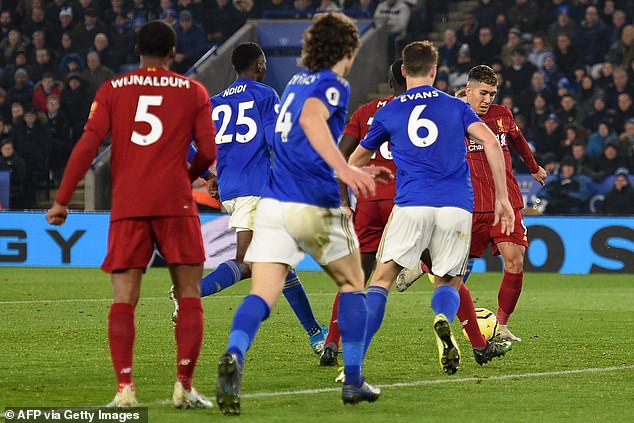 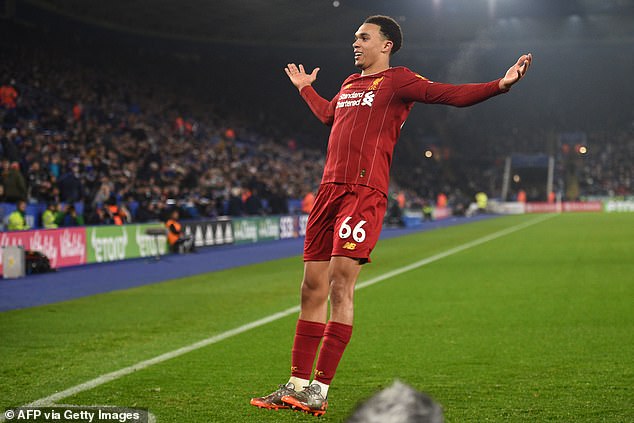 At the other end, there was chaos in the defence that has been one of this season’s meanest.

Jonny Evans, usually so reliable, made two errors in the opening five minutes, first allowing Sadio Mane to drift away from him for a shot from point-blank range that went wide, and then giving the ball straight to Georginio Wijnaldum on the edge of his own box. Mohamed Salah could not punish Evans and sent the ball well over, but Leicester’s nerves were obvious.

Wilfred Ndidi was similarly jittery and was lucky to get away with it when, under no pressure, he presented Jordan Henderson with the ball after receiving a throw-in. 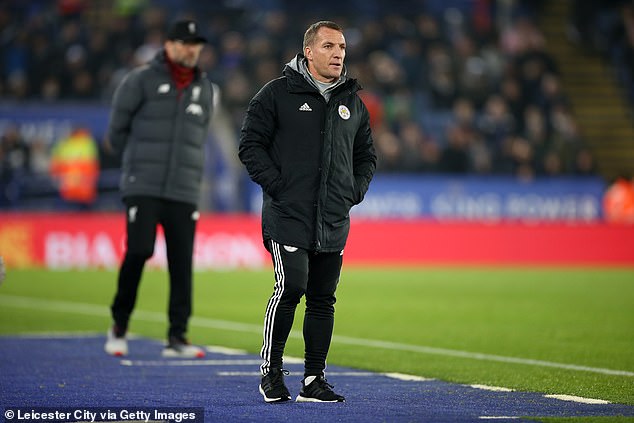 Only Kasper Schmeichel appeared to be fully engaged, but even he could do nothing when Trent Alexander-Arnold’s cross sailed over Chilwell’s head and gave Roberto Firmino the easy job of heading Liverpool in front.

The start of the second half was just the same, as Evans swung wildly at Alexander-Arnold’s cross, the move ending with Schmeichel’s brilliant double save from Firmino — who was flagged offside — and Salah.

Rodgers said on Monday that City, who cruised past Leicester 3-1 at the Etihad last Saturday, and Liverpool were two of the best sides this competition has produced, and it is a mark of his team’s progress that they have been so close to them this season.

They might even be able to take points from them in a single match. Over the course of a season, though, the big two have the ability, and financial power, to stay well out of Leicester’s reach.