Brewing company to open a beer garden in Disneyland

The happiest place on earth looks set to become even happier, at least for adults – with the opening of a brewery.

San Diego-based brewers Ballast Point Brewing has announced it is to open a restaurant and beer garden in the Downtown Disney District in Anaheim, California.

The brewery will sell a range of craft beers as well as special ales created exclusively for Disneyland.

It will open later this year and artists’ impressions have been released showing what the finished bar and restaurant will look like.

On its Facebook page, Ballast Point Brewing wrote: ‘We are so excited to announce our upcoming Tasting Room & Kitchen in Downtown Disneyland! 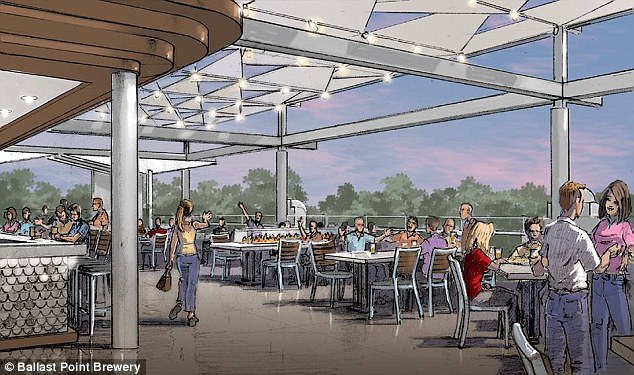 San Diego-based brewers Ballast Point Brewing has announced they are to open a restaurant, pictured, which will sell a range of craft beers

‘This incredible space will house a three-barrel R&D brewery, restaurant and beer garden.’

Enjoying a tipple at Disneyland has been notoriously difficult as only a select few places previously sold alcohol.

No booze is sold in the park itself and the only other places it is available is within Club 33, an exclusive restaurant, and Disney-owned hotels. 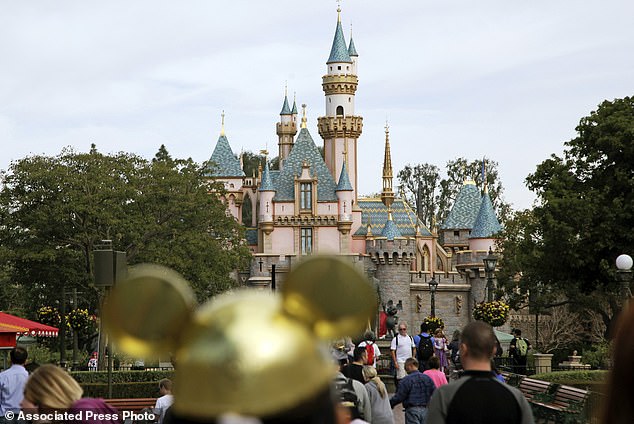 Enjoying a tipple at Disneyland in California, pictured, has been notoriously difficult as only a select few places previously sold alcohol

At the Magic Kingdom in Florida, alcohol is also scarce and up until 2016, was only available at the Beauty and the Beast-themed restaurant before being introduced at four other eateries.

Meanwhile, bringing your own alcohol into the parks is also prohibited.

It is believed that founder Walt Disney did not want alcohol in his theme parks in order to maintain a ‘family atmosphere’.