One of Theresa May’s Brexit Ministers was at the centre of a new Westminster sexism row last night after admitting he called his secretary ‘sugar t*ts’ and got her to buy sex toys for him.

And she said he gave her cash to buy two vibrators at a sex shop in Soho – and stood outside the store while she bought them.

The disclosures about Mr Garnier came as:

Theresa May’s spokesman said on Friday that unwanted sexual behaviour was ‘completely unacceptable’ and any Ministers found to have acted inappropriately would face ‘serious action’.

And Labour leader Jeremy Corbyn yesterday condemned ‘warped and degrading’ behaviour at Westminster. He talked of a ‘culture that has tolerated abuse for far too long and thrives in the corridors of power’.

Ms Edmondson said wealthy ex-banker Mr Garnier told her that one of the sex toys was for his wife, also called Caroline, while the other was for a female assistant in his Wyre Forest constituency office in the West Midlands.

Father-of-three Mr Garnier, 53, one of International Trade Secretary Liam Fox’s deputies, last night confirmed the claims. ‘I’m not going to deny it, because I’m not going to be dishonest,’ he said. ‘I’m going to have to take it on the chin.’ 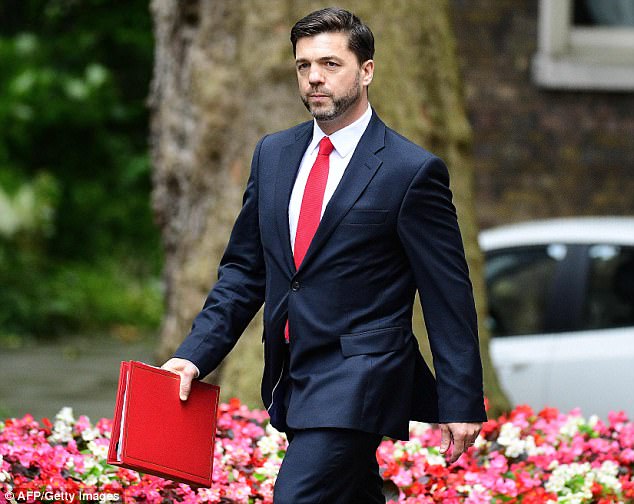 He said his ‘sugar t*ts’ comment was part of ‘an amusing conversation’ about TV comedy Gavin And Stacey. In the show, the term is used to describe an attractive woman.

Mr Garnier said he told Ms Edmondson he didn’t think it was a good idea, but she had gone ahead. ‘I hung around outside and she went into this shop. That was it.’

He said they later ‘fell out’ and claimed that ‘disgruntled’ Ms Edmondson ‘has been using [the incident] against me ever since’.

He vehemently denied sexual harassment, saying: ‘Not at all. It absolutely does not constitute harassment.’ 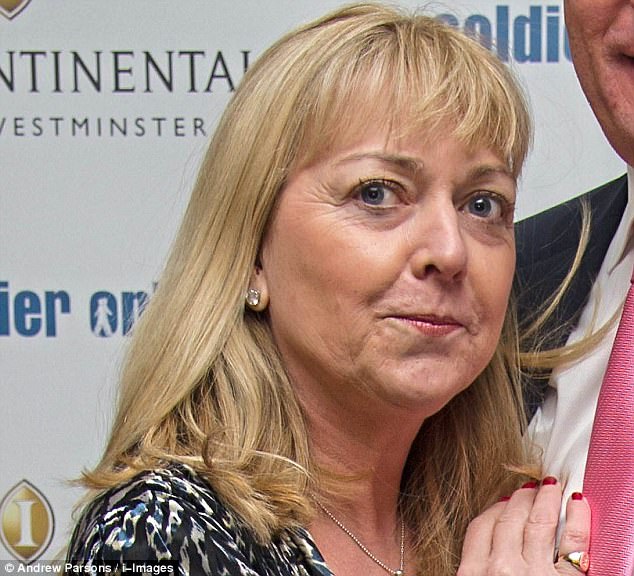 Ms Edmondson, pictured, said wealthy ex-banker Mr Garnier told her that one of the sex toys was for his wife, also called Caroline

He conceded that in the current post-Harvey Weinstein sexism climate it could ‘look like dinosaur behaviour’ but added: ‘In the context of the time, we got on fine.’

Last night, Ms Edmondson hit back at Mr Garnier’s version of events and called him a ‘s**t’.

She said: ‘He has lied. He suggested to me in a Commons bar one evening that we went shopping for sex toys in Soho. The next day, he said, “Come on, let’s do it.”

‘He took me to Soho and gave me the money to buy two vibrators. He stood outside the shop while I did. He said one was for his wife and the other was for a woman who worked in his constituency office.’

She added: ‘Another time in the bar he said to me in the hearing of others, “You are going nowhere, sugar t*ts.”

‘He was worried I was going to go off and work for another MP. It was awful.’

Shortly after the incidents in 2010, Ms Edmondson, who is married, stopped working for Mr Garnier. She is now Commons secretary to former Cabinet Minister John Whittingdale.

In a second sex controversy, Mr Crabb confirmed he sent ‘explicit’ messages to a 19-year-old woman he interviewed for a job in 2013, when he was Welsh Minister. It happened before a separate incident involving messages of a sexual nature sent to a different young woman during the EU referendum campaign.

This led to his Cabinet resignation last year.

Mr Crabb is understood to have sent ‘flirtatious’ messages to the teenager and met her for a drink at the Commons. They also met by chance at the Tory conference in Manchester four weeks ago.

Mr Crabb said last night he had been ‘foolish’ but insisted there was no sexual contact and he had not kissed her.

‘We exchanged messages which talked about sex but none of it was meant seriously.

‘We met for coffee a few times and had a glass of wine once at the Commons, but nothing more. I accept any kind of sexual chatter like this is totally wrong and I am sorry for my actions.’

Mr Crabb has been trying to rebuild his marriage since similar claims last year.

Mr Corbyn’s comments yesterday came after he had been criticised for being too slow to act over misogynistic and homophobic comments by Labour MP Jared O’Mara.

A No 10 spokeswoman said: ‘The Prime Minister has been clear that any victims of unwanted sexual attention should come forward.’