Brian Walshe’s extensive Google searches about divorce, murder, dismemberment and decomposing bodies were revealed today in a Massachusetts courtroom as he pleaded not guilty to beating his wife Ana to death.

Walshe, 47, is accused of murdering Ana in the basement of their home in Cohasset, Massachusetts, on January 1 in the early hours of the morning, then discarding her body in a dumpster.

He uttered just two words his 14-minute court appearance, saying ‘I do’ when asked by Judge Mark Coven if he understood the charges against him.

Standing dispassionately in court, his hands cuffed in front of him and with his long dark hair swept back, he looked at Norfolk County Assistant District Attorney Lynn Beland with a dull stare as she began the litany of evidence against him.

Ana’s remains have not been discovered. Police believe they were in heavy trash bags that Brian was seen discarding into a dumpster on January 3rd. Those bags were ‘shredded and incinerated’ before police got to them, prosecutors said today.

Among the searches, conducted on an iPad belonging to one of his young sons, were ’10 ways to dismember a body’, ‘does baking soda make a body smell good?’ and ‘how long is someone missing before you can inherit?’ 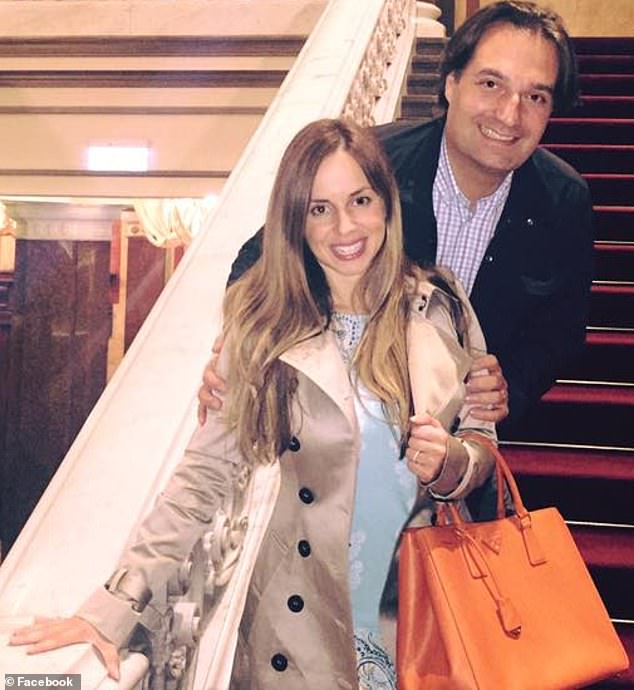 Ana Walshe has not been seen since 1.30am on January 1. Police say Brian, her husband of 18 years, murdered her. Her body has not been found

On December 27, five days before Ana vanished, he Googled: ‘Best state for divorce for a man.’

‘Rather than divorce, Brian Walshe dismembered Ana Walshe and discarded her body,’ Beland said on Wednesday, as she asked the judge to deny him bail – a request that was immediately granted.

Rather than divorce, Brian Walshe dismembered Ana Walshe and discarded her body

Beland revealed that Ana’s DNA, along with Brian’s, was found on blood-stained clothes found in a dumpster near her mother’s house along with the Hunter boots and Prada handbag he said she was wearing when she vanished.

He shook his head during the brief hearing and was denied bail. Brian will return to court on February 9th for a status hearing.

Walshe told police he last saw Ana at 6am on January 1st, claiming she left for work.

Today, it was revealed that in the hours before that, he’d been frantically researching how to dispose of a body, and how long decomposition takes. 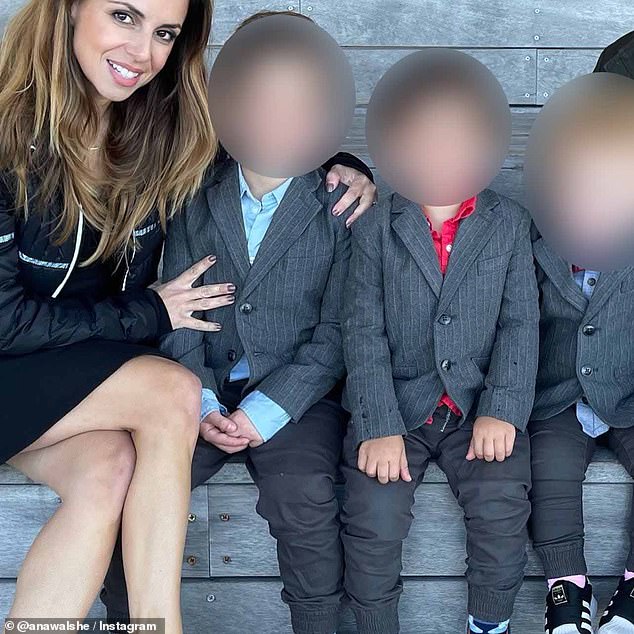 Police say Walshe used one of his young son’s iPads to search gruesome terms like ‘how long before a body starts to smell?’ Ana Walshe is shown with the boys 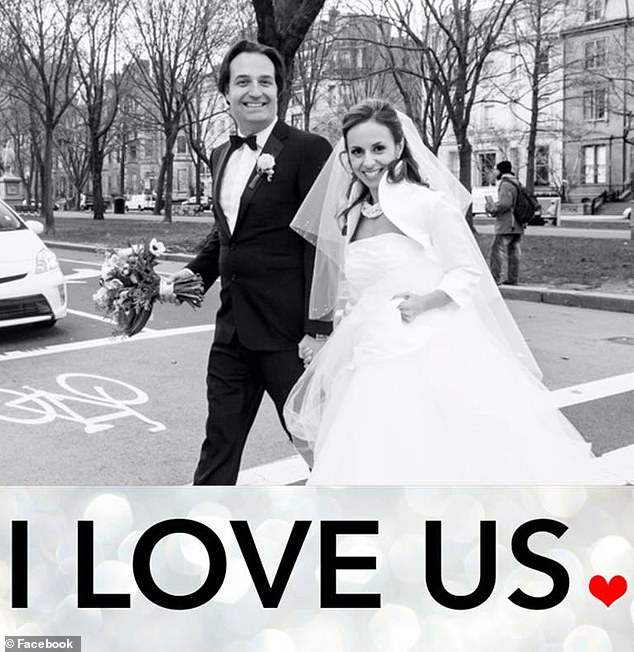 Ana and Brian are shown on their wedding day in 2005. They met while she was working in a hotel 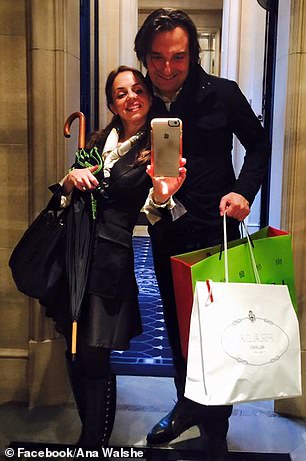 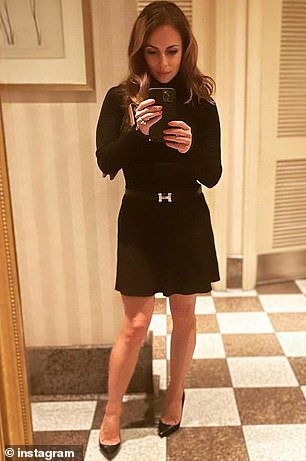 Ana and Brian at the start of their romance, left, when he showered her with designer bags and cars. She is shown, right, more recently. Ana had grown to become independent, working in Washington DC away from her family

On December 27th, days before she vanished, he Googled: ‘What’s the best state to divorce for a man?’

Ana was last seen alive at 1.30am on January 1st by friends who had been in their home for a New Year’s Eve party.

Shortly before 5am on January 1st, using his son’s iPad, he searched;

After purchasing rugs from a Home Goods store while wearing rubber gloves and a face mask, he returned to the iPad for more research.

He also spent $450 on cleaning supplies from a Home Depot including mops, buckets, tarps, drop cloths and various kinds of tape.

This time, prosecutors say he searched;

Police say he visited a dumpster in Abingdon, where he was seen carrying a heavy-looking garbage bag.

‘He had to heft it into the dumpster,’ according to police.

Prosecutors tried to track down those trash bags, but by the time they got to them they had been destroyed in an incinerator at a trash transfer center.

That same day, a colleague of Ana’s in Washington DC called police in Cohasset to report her missing and request a welfare check at her home.

Police visited the family house, where they noticed the seats in Brian’s Volvo were down, and a large, plastic liner was in the backseat.

Police returned to the Walshe family home, where they noticed Brian’s Volvo had been freshly cleaned.

When questioned, he said he’d thrown out the plastic liner they saw the previous day.

That same day, he visited the dumpster near his mother’s home.

Walshe is arrested for misleading police. A search warrant for the house is obtained, and police discover blood stains in the basement. They also found a knife with traces of blood on it.

Police then searched the dumpster near his mother’s home and found 10 trash bag that were stained with blood. Inside, they discovered;

Walshe, 47, arrived at Quincy District Court early in a black SUV.  He entered through a side door, wearing a gray top, khaki pants and black sneakers. 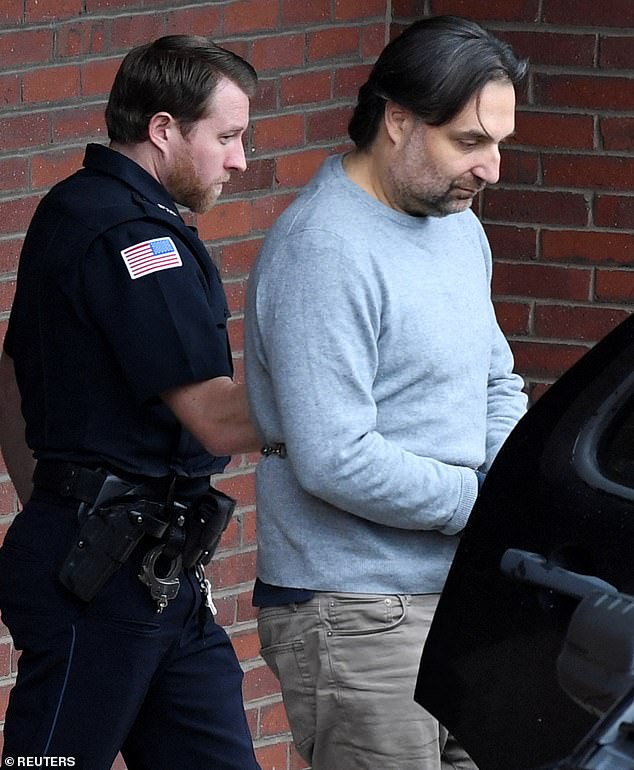 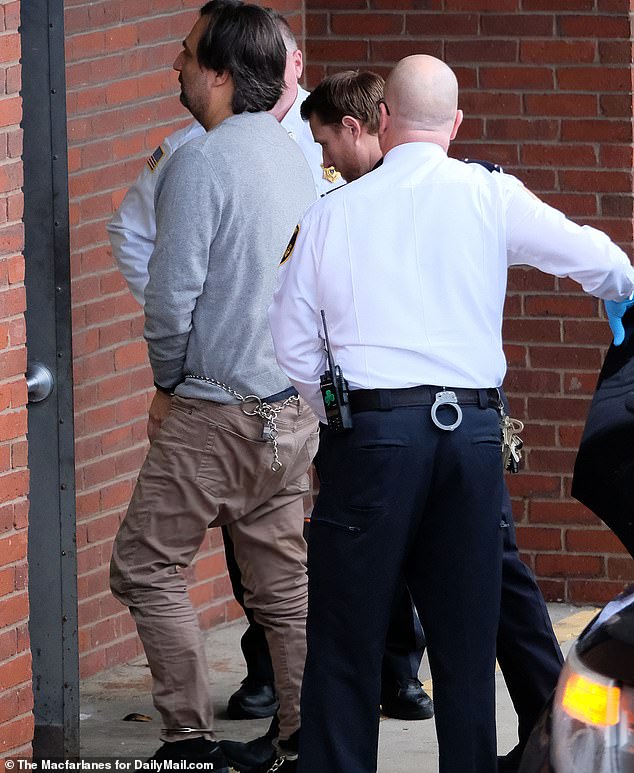 Walshe, 47, arrived at Quincy District Court early in a black SUV. He entered through a side door, wearing a gray top, khaki pants and black sneakers 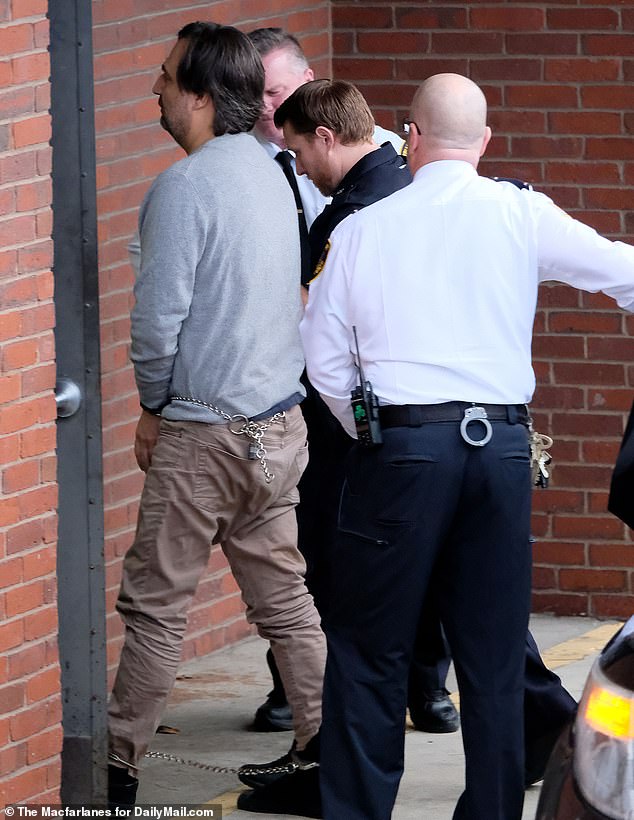 A close friend of Ana’s told DailyMail.com of her heartbreak. Boston realtor and entrepreneur Pamela Bardhi, 31, said: ‘Since day one, when I saw she was missing, my heart sank.

‘Every time I asked myself, where is Ana, what is going on Ana, I had this horrible pit in my stomach and I just had this awful feeing that something horrible happened to her.’

Ana, who married troubled Walshe in 2015 in Boston, moved to DC to work as a regional manager for upscale realtor Tishman Speyer.

She sold a home in Cohasset for $1.38million around the same time and bought a place in the capital for similar money.

The missing mom switched to real estate in 2020 after starting in the hotels business when she moved to the United States from home city Belgrade in 2005.

The friend said Ana gushed about her sons, but kept Walshe’s name away from conversations.

‘I didn’t know Brian and Ana didn’t talk about him,’ she said. ‘ She always talked about her boys. She’d say “Oh my boys, oh my goodness they’re wonderful”.

‘I remember asking her, Ana how do you do it? Three young boys at that time under five, how do you balance all the things you do? 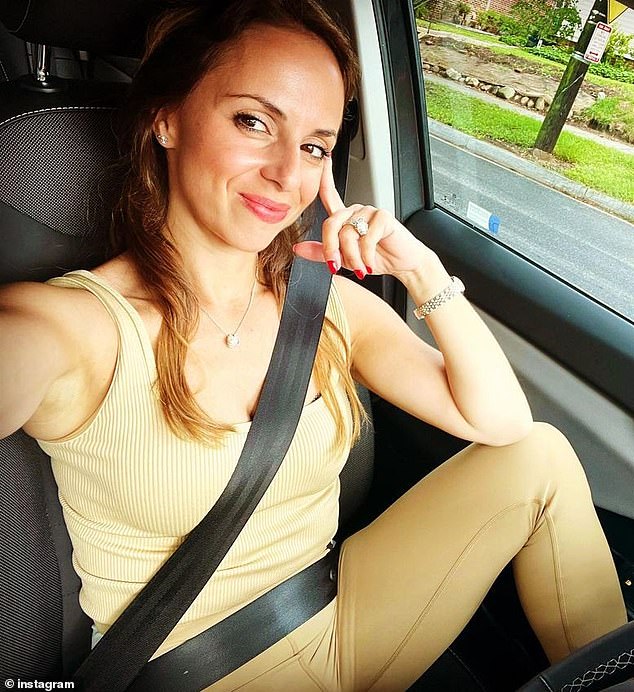 Ana, 39, had been enjoying her life as a busy working mother, splitting her time between Cohasset, Massachusetts, and Washington DC, where she worked for a real estate firm

‘She said, there’s always a way to do it. You always find ways. And I remember being so inspired by that.

‘She was a supermom. Everything was dedicated to her boys. They were her “why”.’

The friend has been fighting with others to prevent the boys being split up into foster care.

They were in the home at the time of their mother’s disappearance and are currently being looked after by Massachusetts Department of Children and Families.

‘My fears are for them to be separated,’ said Bardhi. ‘Imagine what they’ve seen, heard, experienced in the last few weeks. And just the thought of three boys under six potentially being separated and away from family, friends is horrifying.

According to friends, she and Brian had been fighting over her grueling work schedule.

She regularly posted about her colleagues on social media, where mentions of her husband were few and far between.

She’d been working for Tishman Speyer for two years, and spending much of her time away from her family.

Long before his wife went missing, he was arrested on suspicion of stealing and trying to sell two fake Andy Warhol paintings.

Family friends described him as a ‘sociopath’ who turned on his ailing, elderly father in a desperate grab for his wealth.

After the murder charge was announced against her husband last night, friends started paying tribute to the vivacious mother-of-three.

Abdulla Almutairi, her colleague and best friend, said: ‘You’ll always be my best friend and family.

‘Rest easy, Heaven is a lot brighter; be the sunshine and the moonlight that you always are.’