Bridge is not a sport, European judges rule

To its legions of fans, such as Omar Sharif and Bill Gates, bridge is one of life’s most challenging mental workouts.

But can it be considered a sport?

After months of speculation and legal wrangling, European judges have said No.

The European Court of Justice said the game contained a ‘negligible’ physical element and could therefore not be considered anything more than a simple pastime.

The ruling followed a lengthy legal battle between the English Bridge Union (EBU) and the British taxman over the classification of the four-person game.

The EBU wanted bridge to be given sporting status so it to recoup VAT receipts on tournament entrance fees worth at least £1million.

It had been given a glimmer of hope when the ECJ’s advocate general gave a legal opinion in June stating that bridge was a sport because it involved a ‘significant mental element’. 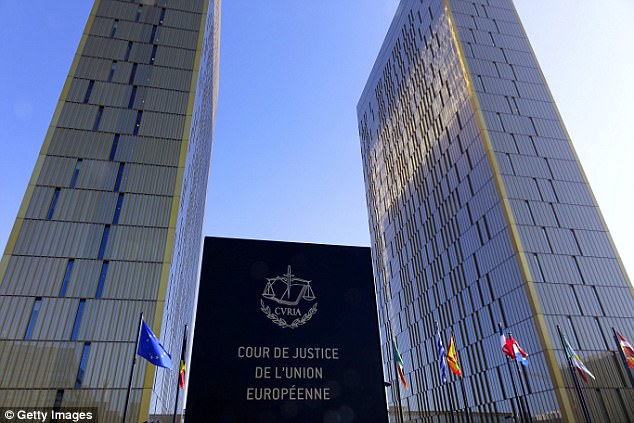 Judges yesterday acknowledged that the game involves using ‘logic, memory and planning’, with many of its 300,000 players in the UK believing it staves off health issue such as Alzheimer’s

Judges yesterday acknowledged that the game involves using ‘logic, memory and planning’, with many of its 300,000 players in the UK believing it staves off health issue such as Alzheimer’s.

But they decided to override the previous advice by using the ‘everyday’ interpretation of what people think of as a sport, deciding that bridge is not physical enough.

‘The court concludes that an activity such as duplicate bridge, which is characterised by a physical element that appears to be negligible, is not covered by the concept of “sport”,’ they added.

The EBU yesterday said that the ruling could imperil the future of the card game by leading to higher tournament entrance fees and therefore reducing its appeal.

‘We are very disappointed that the VAT burden which makes it harder to get more people playing this fantastic pastime will not be removed,’ the body said in a statement.

It had hoped that the expected rebate from HMRC, which it said would a be a ‘six-figure sum’, could have allowed it promote bridge to new players.

The game, which has also counted Winston Churchill as a fan, involves pairs of players making predictions, or ‘bids’, on how many tricks they think they can win in each round.

They then try to achieve their bid, while the other team attempts to stop them.

Its classification has been a long-running matter for debate, with countries such as Austria, Belgium and France deeming it a sport that is exempt from taxes.

The pastime is also recognised as a sport by the International Olympic Committee, while laws governing charitiy funding in the UK include reference to ‘mind sports’.

The legal challenge about bridge in the UK started when the EBU brought the case to reclaim VAT on contest fees from 2008 to 2011, which can reach £631,000 a year.

It has pointed out how other activities such as model aircraft flying and darts were considered sports by Sport England.

In a 2014 tribunal, Judge Charles Hellier concluded: ‘To our minds, sport normally connotes a game with an athletic element, rather than simply a game.’

While a 2015 judgment also said that bridge was not entitled to Lottery funding as a sport, the High Court used an appeal to ask the ECJ for clarity, prompting yesterday’s decision.

ECJ judges did however give the organisers a glimmer of hope by saying that it could be entitled to an exemption under the EU Vat directive, which applies to the UK, as a ‘cultural service’.

It said it ‘history and the traditions to which it belongs’ could see it fall under this category.

‘Post Brexit, the UK government will gain full autonomy on such EU-related matters. It will be interesting to see how such debates play-out in the future.’