Police have arrested a 56-year-old man on suspicion of murder after a woman was found dead at a house in a picturesque village.

A murder investigation was launched after the body of the 52-year-old woman was discovered inside a property in Buckton, near Bridlington, East Yorkshire.

The man was arrested in connection with her death and remains in police custody and a post-mortem examination will establish how she died.

Police officers arrived at the house in Buckton, East Yorkshire, and found the woman’s body

A police spokeswoman said: ‘We were called at 7.50pm yesterday to reports of a 52-year-old woman having died at a house on Main Street in Buckton near Bridlington.

‘We are investigating the incident and looking to establish the circumstances of how the woman died.

‘We have arrested a 56 year-old man in connection with the incident and he remains in custody on suspicion of murder.

‘A post mortem will be carried out at the earliest opportunity.’ 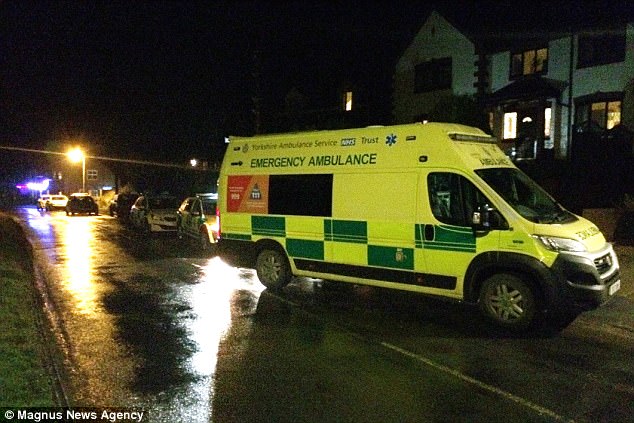 Residents in Buckton have spoken of their shock after a murder investigation was launched following the incident on Tuesday.

He said: ‘It has been a massive shock. Buckton is a quiet, lovely village with a great sense of community spirit, so for some major incident like this to happen is truly shocking.

‘Everyone is stunned and in disbelief, especially with something like this happening to close to Christmas.’