Tottenham hadn’t been especially convincing. They hadn’t exorcised all the ghosts of those three successive defeats to Watford, Liverpool and Internazionale. They certainly weren’t back to their best. But they had won.

Sometimes that is all it needs: three points. A mini slump is averted; grumbling ceases; muscles are rejuvenated. It’s extraordinary what a dose of positivity does for the soul. We shall see for sure in forthcoming fixtures in the League Cup against Watford and then next weekend at Huddersfield.

But Tottenham have looked lost in recent weeks. Without clear direction in their journey to a new home, they seemed to have suffered an identity crisis on the pitch. The crispness and slickness of their passing and pressing has been replaced by a laboured team, beset by errors. 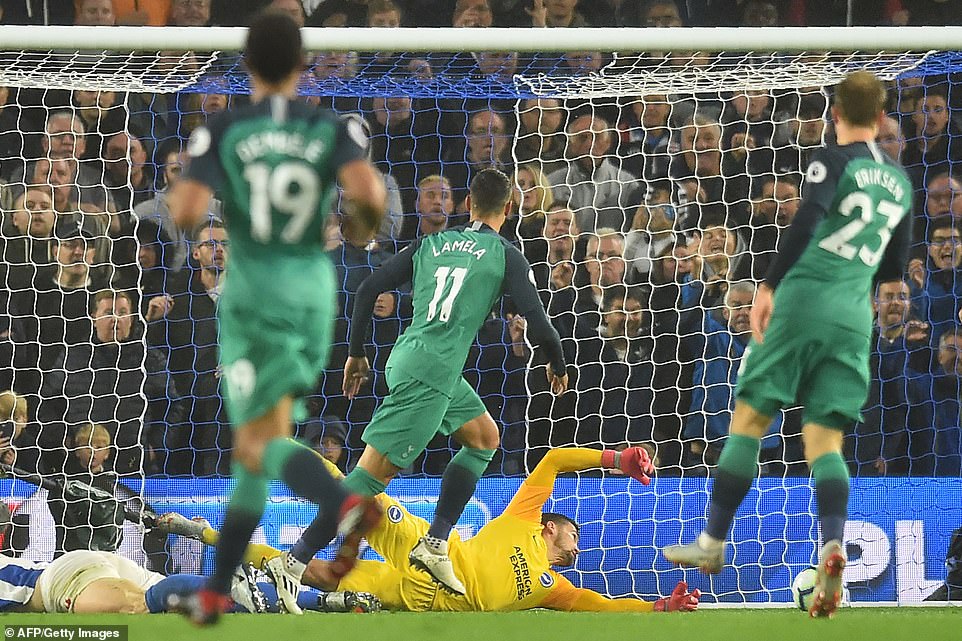 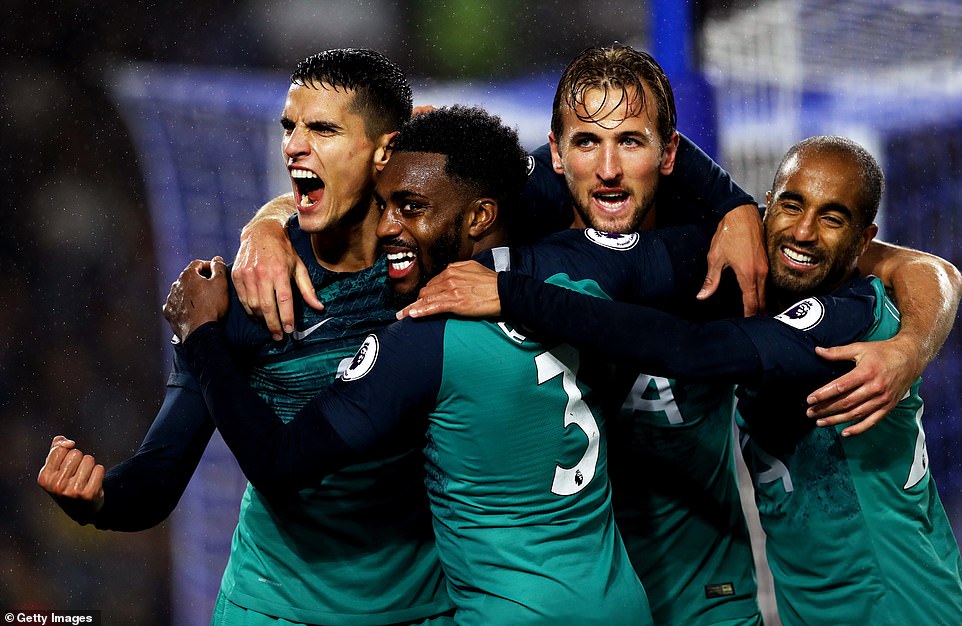 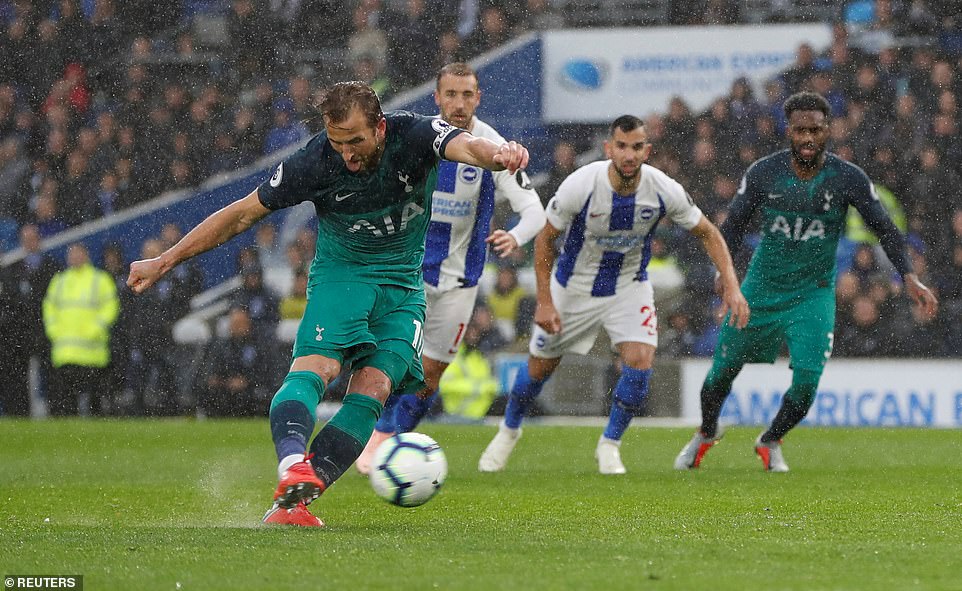 Saturday was better. Not hugely, but a step in the right direction. ‘The players were suffering a lot,’ said Pochettino. ‘The pressure was high and they wanted to deliver a very good result. The spirit that we showed today is what I wanted to see in all the games. I’m so happy with the attitude and the spirit the most. Obviously it was massive after the Inter Milan defeat.’

Of course, there were enough negatives for the doubts to remain a little longer. There was a touch of the San Siro collapse at the end. Kane should have extended Tottenham’s lead on 92 minutes but Maty Ryan saved, Shane Duffy immediately played a long ball for Anthony Knockaert, who landed Danny Rose on his backside and struck the ball into far corner of the net.

When, a minute later, with seconds remaining, Knockaert found himself in a shooting position again it seemed Spurs were about to implode and that the psychological scar would cut deep. Yet on this occasion No.3 goalkeeper Paulo Gazzaniga, in for injured Michel Vorm and man of the match for Pochettino, saved well.

Only at that point could Tottenham finally find some calm amidst their chaotic few weeks. ‘We’re very, very disappointed with the end of the game and the last two minutes.’ said Pochettino. ‘It’s impossible that happens again. To concede a goal the way we concede, that’s a very bad feeling.’ 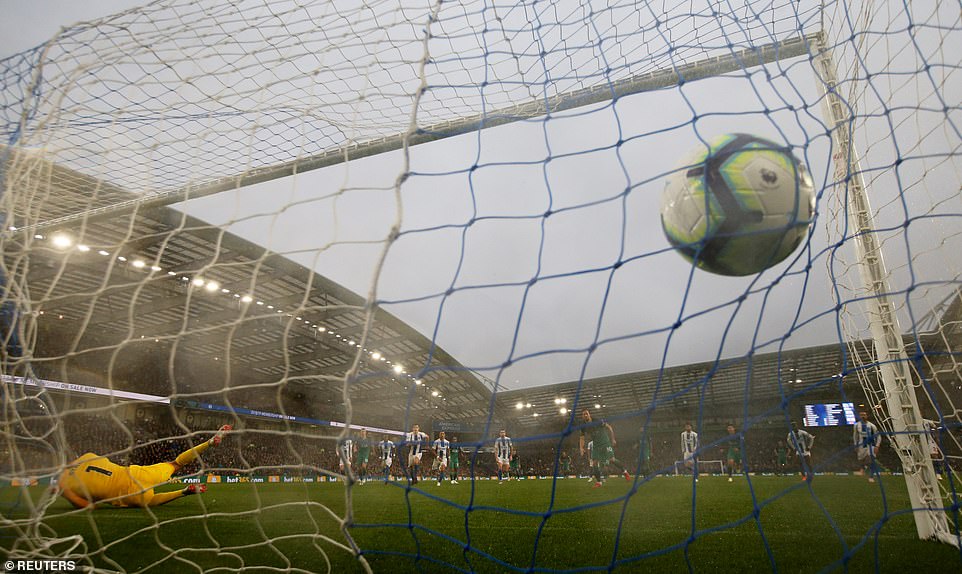 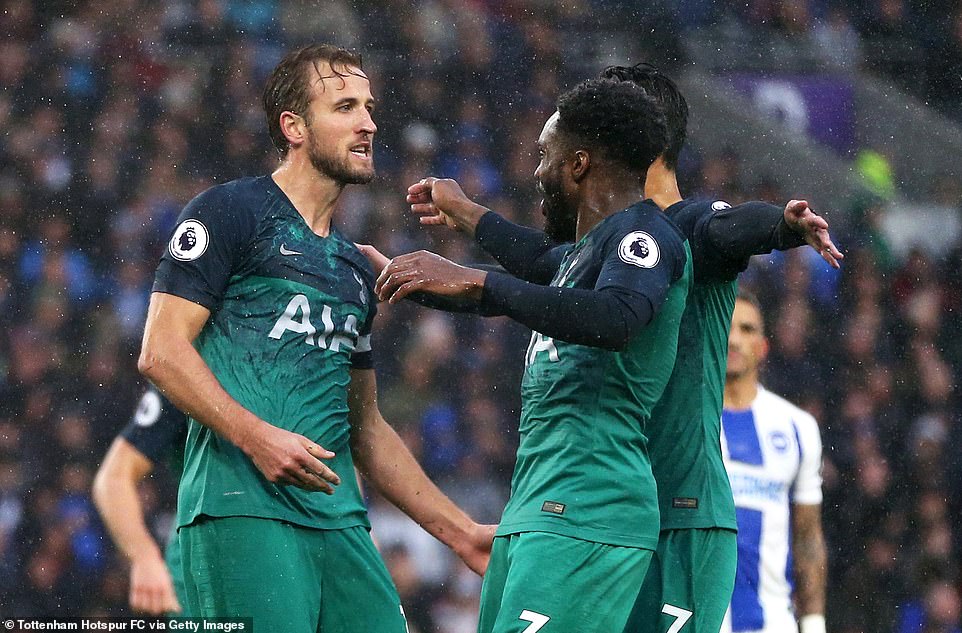 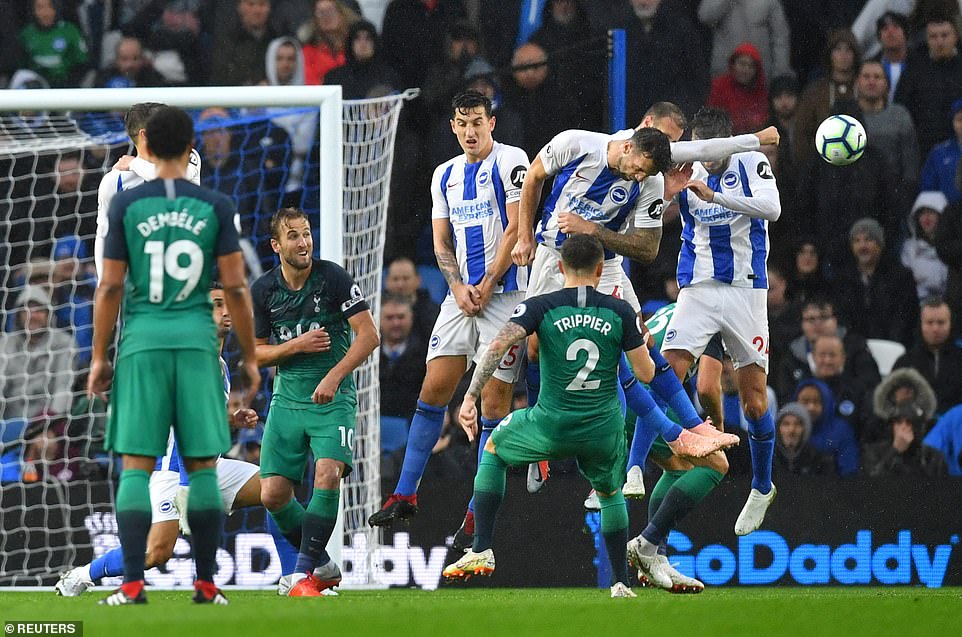 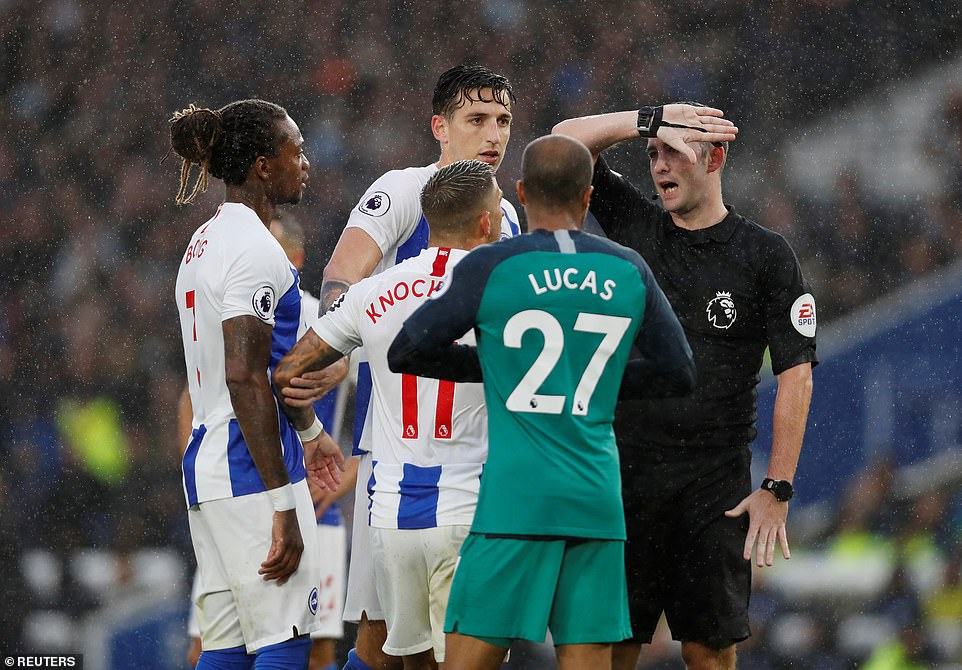 And you could pick further holes in the performance. So the manner in which Beram Kayal muscled Trippier off the ball on the hour to set up Anthony Knockareat was uncharacteristically weak.

Knockaert turned Toby Alderweireld but then shot weakly into Gazzaniga, when he should have scored. The score stood at 1-0 at the time and, as Chris Hughtom pointed out, that should have turned the momentum of the game.

You could also point to the first half, when Tottenham were pretty yet purposeless, all possession and no penetration, other than with Toby Alderweireld’s deflected header from a corner which promoted a fine save from Ryan on nine minutes.

Brighton were coping fine and all the usual tropes of Tottenham’s slump applied. But then Kane found a yard on 39 minutes, raced past Gaetan Bong who seemed to clip him. Hughton thought it soft but a free kick was awarded on the edge of the box. Trippier lined up a strike. The position was similar to that glorious World Cup semi-final goal against Croatia; the delivery wasn’t. It crashed directly into the defensive wall. 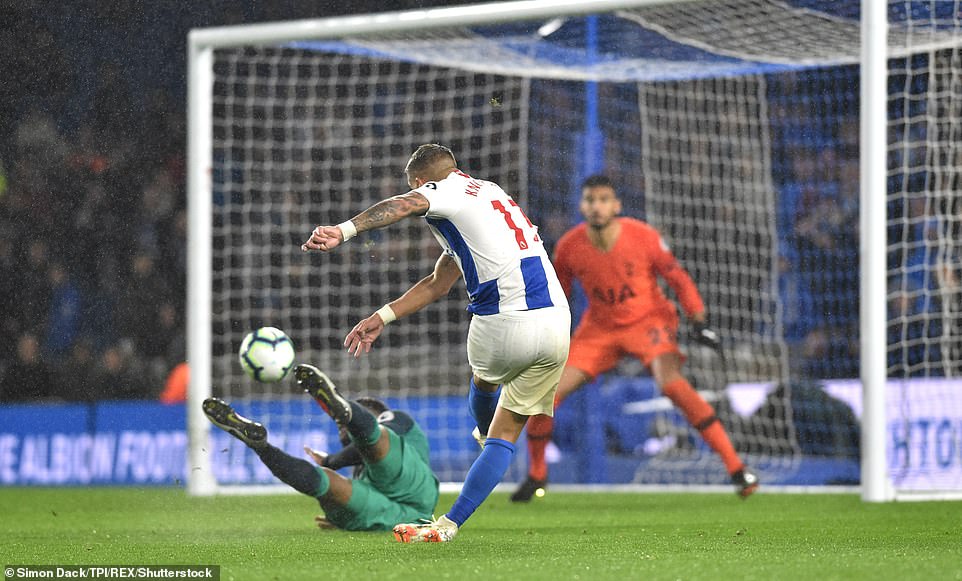 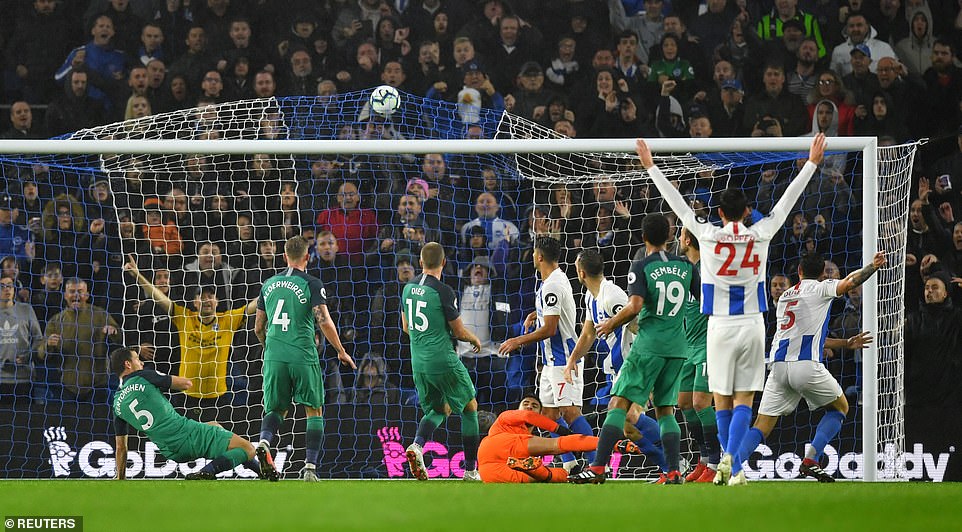 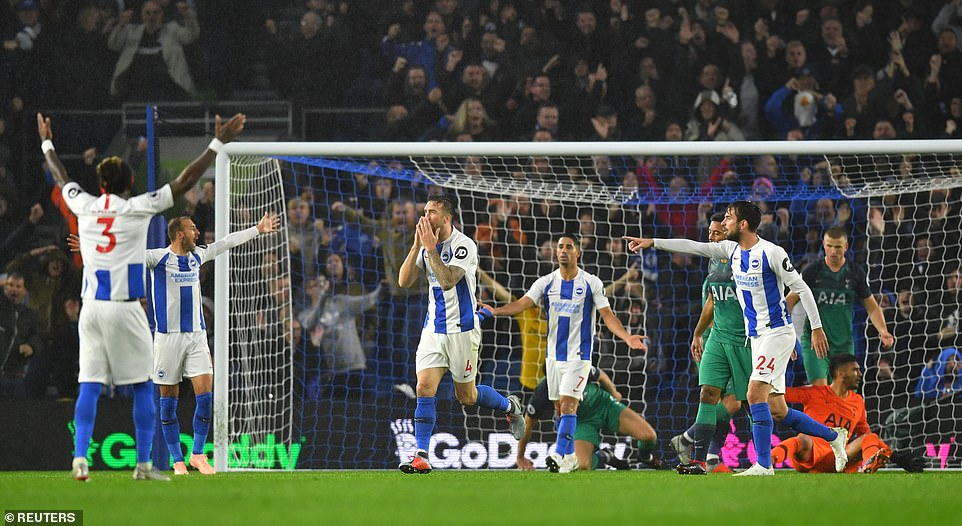 But referee Chris Kavanagh had spotted an infringement. Inexplicably, as he jumped Glen Murray had lifted his arm to block the ball. There was no need; the wall would have done its job. Yet the ball had been handled and a penalty had to be awarded.

Kane stepped up. He might not be at his sharpest but this is safe territory for him. He drilled the penalty into the bottom left hand corner, beating Ryan comfortably. A cluster of Spurs players gathered around him to celebrate. There must have been a degree of relief. They hadn’t yet impressed

You might argue that had Brighton hounded Tottenham earlier, as they did in the second half, they might have spooked them more. That was when Spurs looked vulnerable again, surviving a disallowed goal from Shane Duffy for offside, a penalty appeal for Eric Dier wrestling with Lewis Dunk and a Solly March striker touched over by Gazzaniga.

Indeed, the goalkeeper stood strong in that second half as Brighton attempted to exploit Tottenham’s recent weakness at corners. He looked more assertive than Vorm. 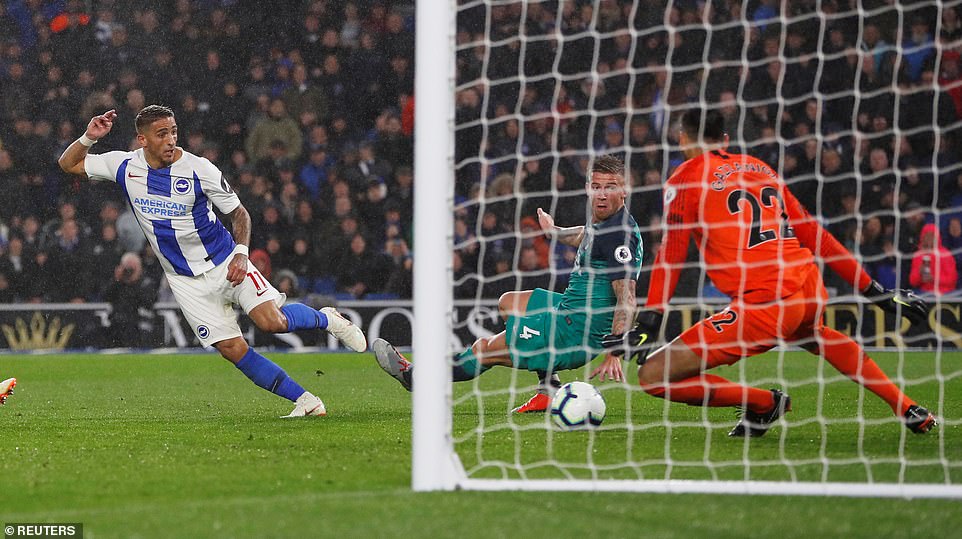 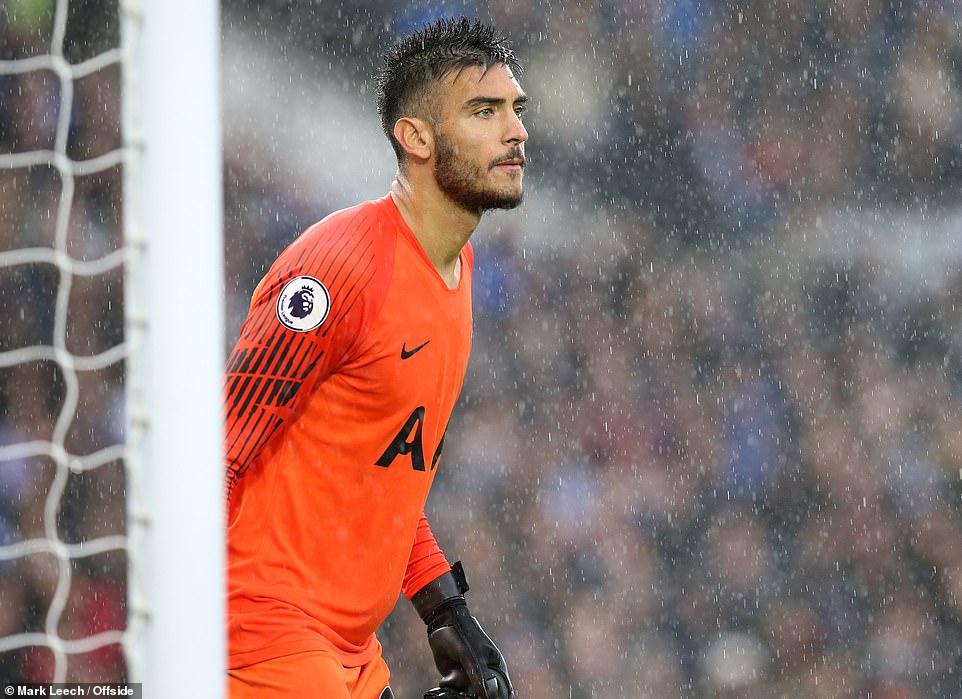 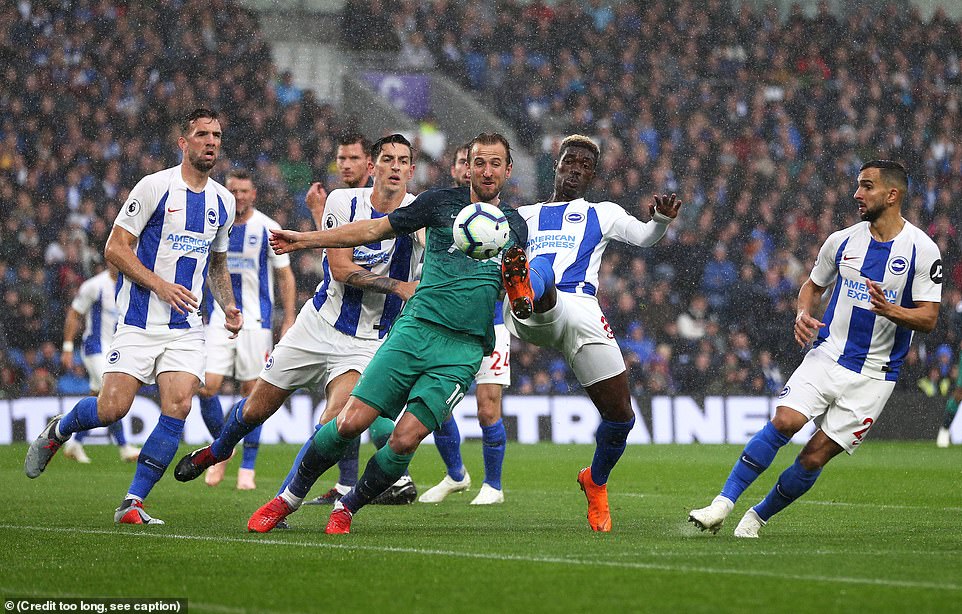 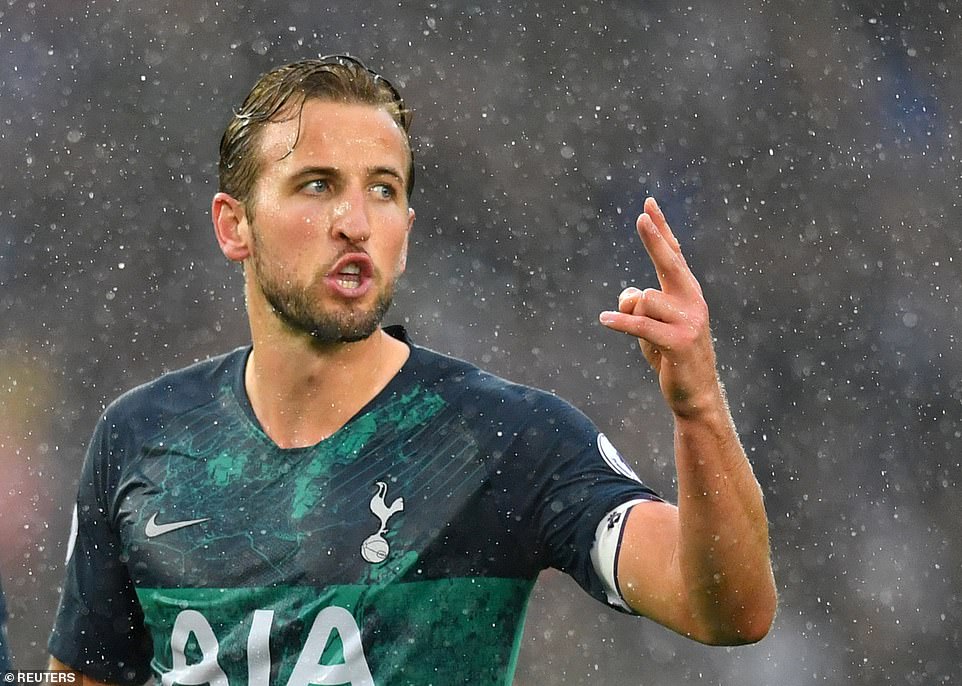 Yet for all the worries, it was the slickness and speed of the goal on 77 minutes that perhaps signalled Spurs are finding their range again. Tottenham had weathered the metaphorical storm of Brighton attacks and a more literal one of relentless rain blowing in off the English Channel and into the Sussex Downs.

And in that moment they looked like the team that enraptured Europe at times last season. Trippier started the move, playing in Toby Alderweireld, whose fine ball bisected Brighton’s midfield and found Erik Lamela.

The Argentine strode purposefully through midfield, stretching the opposition. He fed Luacs Moura and crucially he moved the ball instantly to Danny Rose on the left. Racing down the left, Rose crossed, likewise first time. At no point could Brighton react and regroup.

The move was simply too smooth and too quick. For Rose’s cross had found Lamela who had continued his run into the box. And he would finish well, placing the ball in the far corner beyond Ryan. ‘That is how we want to play, how we feel football,’ said Pochettino. Last night they were finally feeling good again. 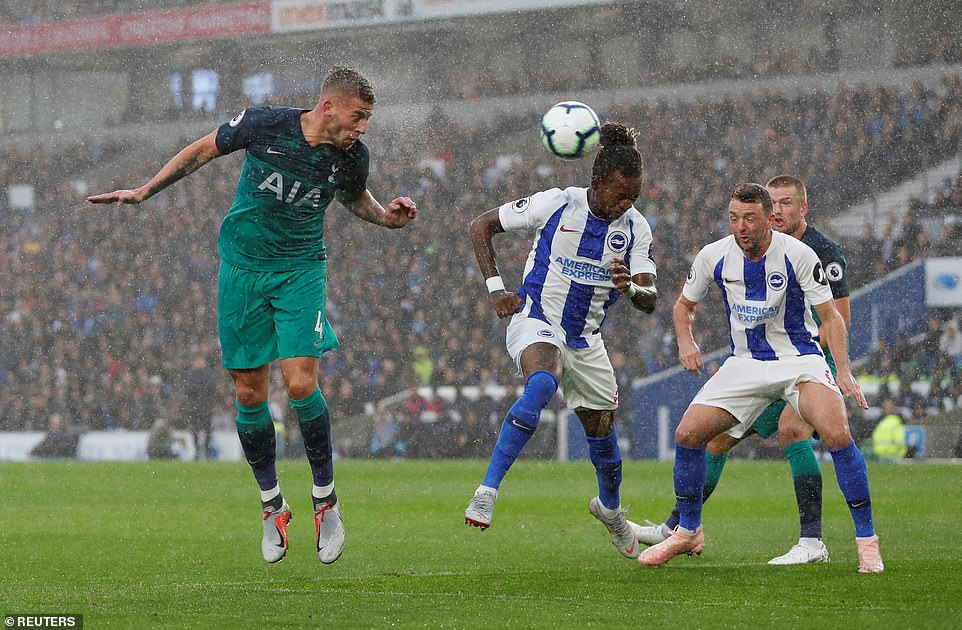 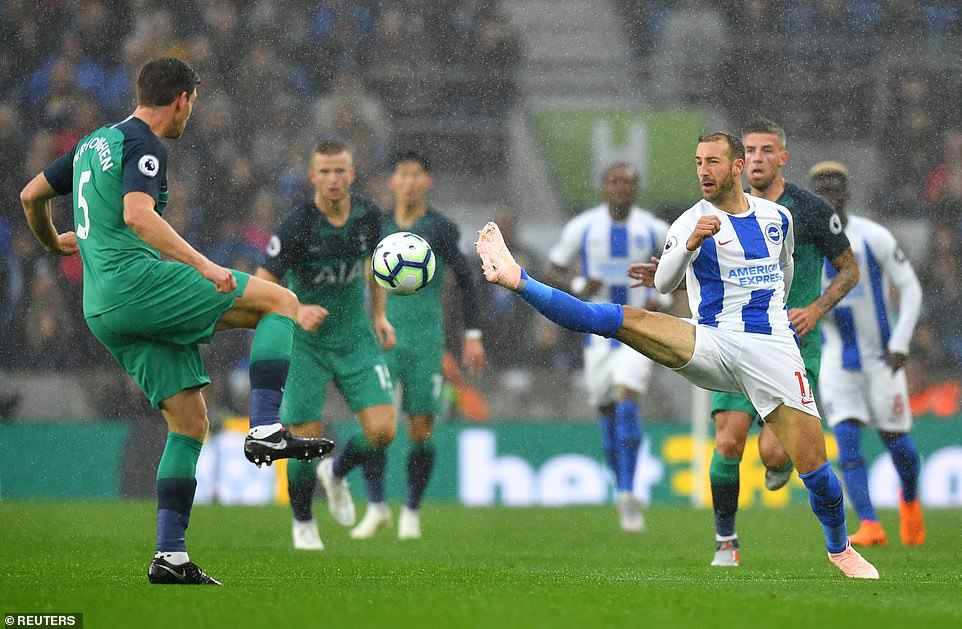 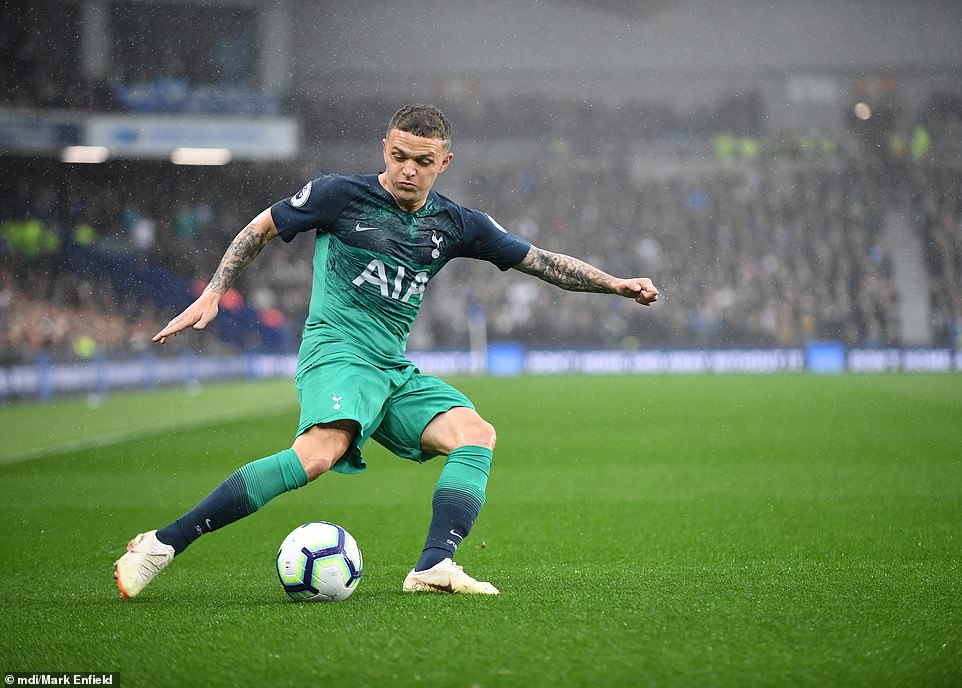