Brighton manager Chris Hughton, the only black manager in the Premier League and a man with 40 years of experience in English football, has offered his assistance to The FA as the organisation considers how to move forward following yet another week of controversy and heart searching.

FA chairman Greg Clarke admitted in midweek that football’s governing body has ‘lost the trust of the public’ and now requires a ‘top to bottom cultural review’ following continued focus on the way it handled allegations that England stars Eni Aluko and Drew Spence suffered racial prejudice on international duty.

Both players have now received a full apology from Clarke, while former England manager Mark Sampson has been sacked, but there is continuing political pressure for The FA to instigate root and branch reforms to prevent any repeat in future.

Kick it Out chairman Lord Herman Ouseley has already called for Clarke to be ‘prepared to listen and involve people from different backgrounds across football’ in a bid to rescue the game – and now Hughton has offered exactly that opportunity by insisting he would be happy to hellp if The FA came calling.

‘There is no doubt it’s been a difficult time for the FA and I don’t need to add any more to what we’ve all heard this week,’ said the Brighton manager ahead of Sunday’s game against Southampton at The Amex.

‘But what they need to do – whether it’s through myself or other people in the game – is to get as much knowledge and help as possible.

‘There are lots of people in the game who very much want to see a game that is inclusive to everybody – and of course to see our biggest organisation making as many good decisions as possible. 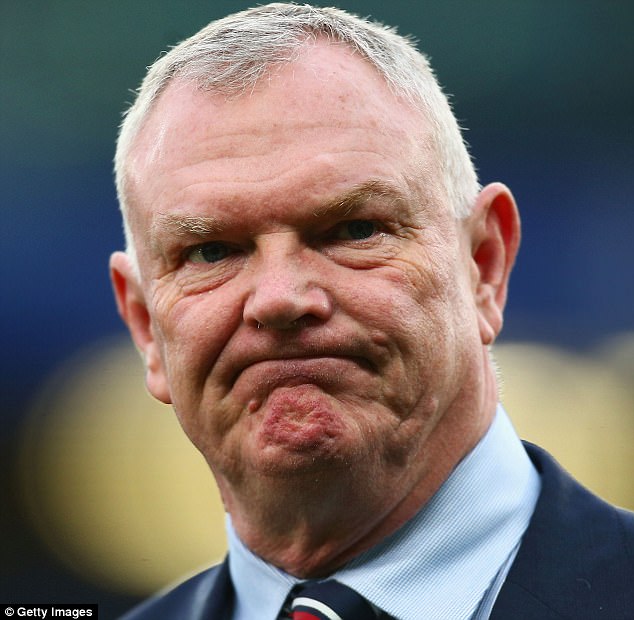 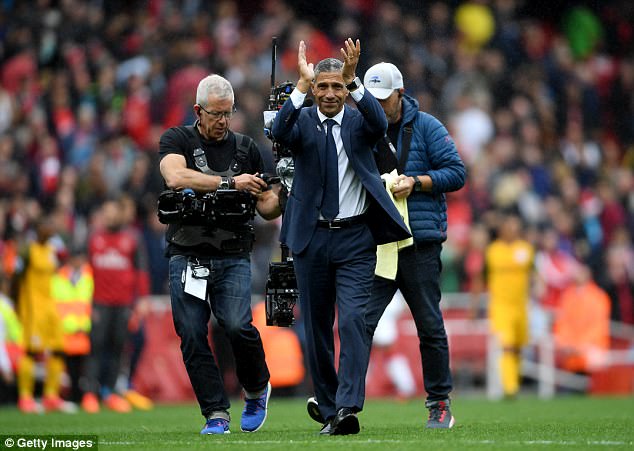 ‘Certainly, if there’s any help I might be able to give then of course I’d be perfectly willing to do it.’ Hughton, a former Tottenham and Ireland defender, has built a reputation over the years not just as a highly talented coach and manager but also as man who takes a strong interest in issues of equality.

He said: ‘I watched everything that went on last week closely of course. I think most people in football have a strong interest in it and we all want more good decisions than bad decisions from our national organisation.’

Brighton are regarded as one of the more forward-thinking clubs in English football and currently have two black and minority managers – Hughton in charge of the men’s team and Hope Powell in charge of the women – so there are signs of a long overdue shift in attitudes, at least on the south coast. 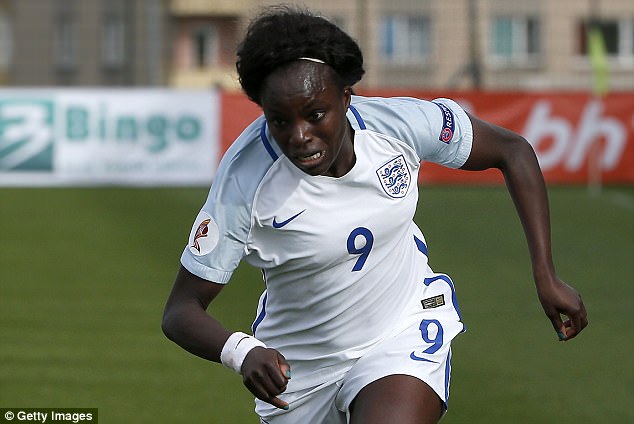 ‘From the day that I’ve walked in I’ve found it that way here,’ said Hughton. ‘ It’s a very good club, a very open club. We want this club to be as open and inclusive and multi-cultural as possible and I’ve only had good experiences so far.’

Hughton is too diplomatic to speak openly about whether the FA is provide the same experience for players and managers. But he was quick to offer his support to Aluko and Spence, adding: ‘What I will say is that the two girls in question, in a very daunting environment, handled themselves and spoke very, very well. They have been through it for quite some time and they are the ones who are very much in my thoughts.’

On the pitch, Brighton face Southampton at the Amex on the back of a highly-encouraging 3-0 away win at West Ham and are boosted by the return of Tomer Hemed from suspension and Sam Baldock and Beram Kayal from injury.