Brighton have made no secret of their desire to become a force in women’s football and have regularly spoken about their ambition to break into the European places. But sometimes actions speak louder than words.

Hope Powell’s side have now been moved into an £8.5million training facility at the American Express Elite Performance Centre, where the men are based, after the club announced its intention to do so in 2019.

The set-up is impressive. The pitches, gym facilities, pools and medical centre now available to the women’s team mirrors what Graham Potter’s Premier League side use on a day-to-day basis.

Brighton have officially moved their women’s team into their new £8.5million training facility 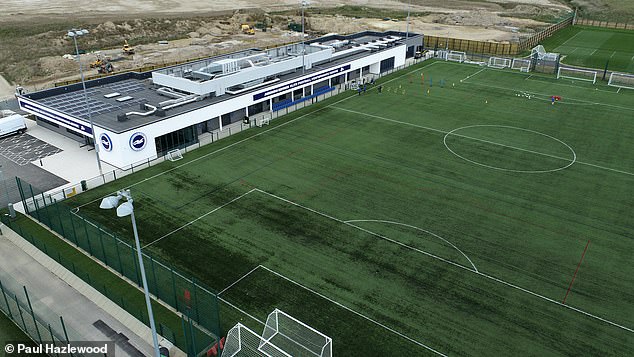 There are other clubs in the Women’s Super League who share facilities with the men’s teams while Leicester and West Ham both have their own spaces.

Sharing training facilities can make women’s teams feel like they are guests in someone else’s home – but that’s certainly not the case at Brighton.

‘Anybody else that comes in here is a guest,’ Brighton manager Powell tells Sportsmail. ‘I think it’s fantastic that we accommodate the women’s pathway and academy.

‘We all have the same access, the same gym, the same pool. This is about the women’s section of the club having the privileges first of using the facilities which is fantastic.’

Brighton previously trained on pitches at Sussex University and used a gym at Brighton’s Amex Stadium, which meant travelling back and forth between the two sites. Now the women’s team and girls academy are on the same site as the men’s team but have their own building and facilities all to themselves.

‘There’s a massive difference in the quality of the pitches and we’ve got a gym that’s double the size of what we had at the Amex,’ says Powell. ‘All of that helps the players focus and allows them to be the best versions of themselves in terms of recovery and pitch work. 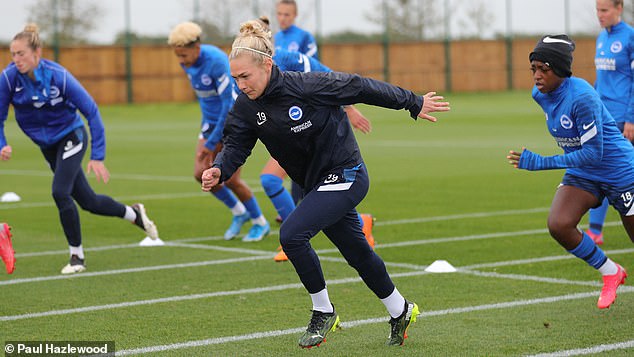 ‘It’s a real opportunity for them to be the best they can be because everything is provided. It is just a building but the building and the things in it, the resources in it, the staff in it, help the players prepare and be ready.

‘When we first gave them the tour there was a lot of ‘wow’. I think one of the players said something like ‘how are we ever going to repay the board?’ They recognise what they’ve got, they feel privileged and they’re trying to pay it back on the pitch.

‘It’s really important that they value the brand, value what they’ve got, they’re appreciative. Especially the older players, who have never experienced this before, the younger players will go on and experience it more and more.’

Brighton’s girls academy train on the same pitches and use the same facilities as Powell’s first team, something which the former England boss believes is crucial to creating hope for the young players.

‘It gives them a real inner fight to go ‘I want to be that, I want to do that’. It’s something they can look up to and I think having this facility, everybody on the same site, allows for those young players to perhaps one day fulfil their dreams.’ 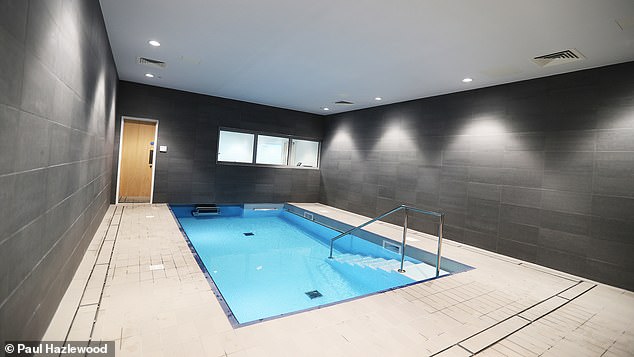 Brighton are currently fifth in the WSL with three wins and two defeats from five games. They also face an FA Cup semi-final with Arsenal on October 31. Since gaining a WSL licence in 2018, the club has solidified its position as a top flight club – but the aim is to keep building.

‘Our ambition is clear and stated, we want to be a top four club in the WSL,’ says Michelle Walder, chair of the women’s and girls football board.

Walder is also a non-executive director of the men’s club but says the board are all on the same page when it comes to investing in the women’s and girls set-up and creating a ‘one club’ identity.

‘I wouldn’t say I really have to push it. The club is united around that. We try to make sure that everything feels like it’s really part of Brighton in terms of being part of the community and really connecting into the local area as much as we can and building up from the bottom with the academy on both sides.

‘We want to make sure that everything is really integrated and capture what it means to be at Brighton. Having a presence on the main board gives us that connectivity so that we know the women’s game is integral to all our conversations.’ 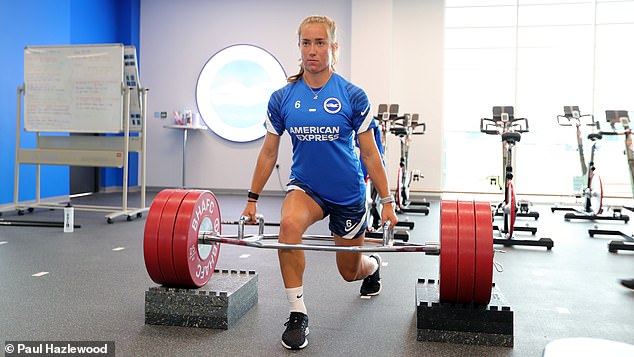 Brighton paid a transfer fee for a player for the first time when they signed Danielle Carter from Reading in the summer and a multi-million pound training ground will certainly help attract more quality players to the club.

‘That’s what we’re hoping,’ said Powell. ‘I would like to think we’ve got one of the best facilities in the country and we’re hoping players come in.

‘The better players in the world expect to play on good pitches and have good facilities accessible. I think we can show them that and say ‘this is what we’ve got’ and that is really appealing.’

Powell has been in management for just short of 20 years but with the enthusiasm and investment in the women’s game at an all-time high, her motivation to keep going is greater than ever.

‘I was a player myself and I come from an era where we trained on concrete, we were paying subs, we didn’t have kit, we had to pay for the minibus, pay for everything. It was a professional hobby where we didn’t get paid, we had to go to work.

‘Now it’s absolutely night and day. To still be part of it today and see the growth and see what’s possible and see what has been done, just fills me with joy. It’s lovely to be part of.’