A young woman has been left ‘frozen with fear’ after her Brisbane home was pelted with rocks in a terrifying homophobic attack.

Olivia Hill was at home alone in her Brisbane house on Sunday night when a man started shouting obscenities and hurling large rocks at the home, which was decorated with rainbow flags in support of same-sex marriage.

Ms Hill said she woke up about 11.40pm on Sunday when she heard banging sounds at the front of the house, which she shares with roommate Larissa Baldwin.

‘A man was yelling ‘Oi what the f*** is this. You f**ing f****ts, you poofters’ before large rocks started flying in through the windows.

Ms Hill (left) said she woke up about 11.40pm on Sunday when she heard banging sounds at the front of the house, which she shares with roommate Larissa Baldwin (right)

‘I was so scared. I don’t think I’ve ever been so scared in my entire life. I was thinking, “this is it, this is how I’m going to die in this house, with this homophobe”,’ she said.

‘I heard two bangs with glass shattering and then I called the police.

‘We had three rocks through our front windows, spreading glass everywhere.’ 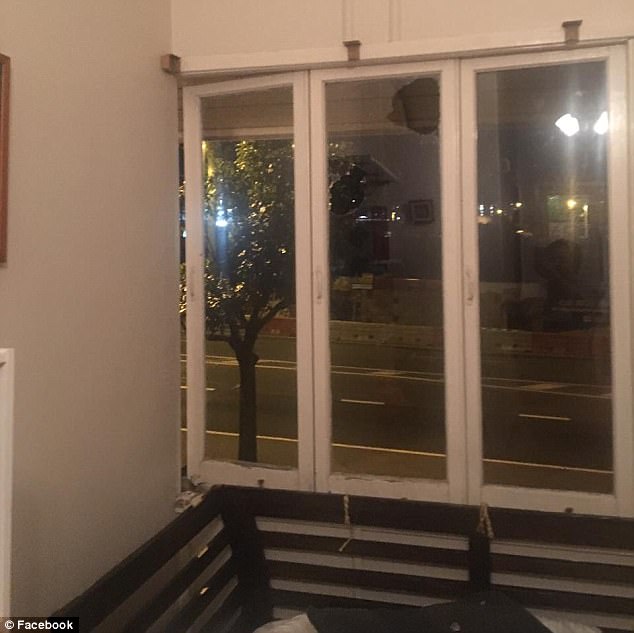 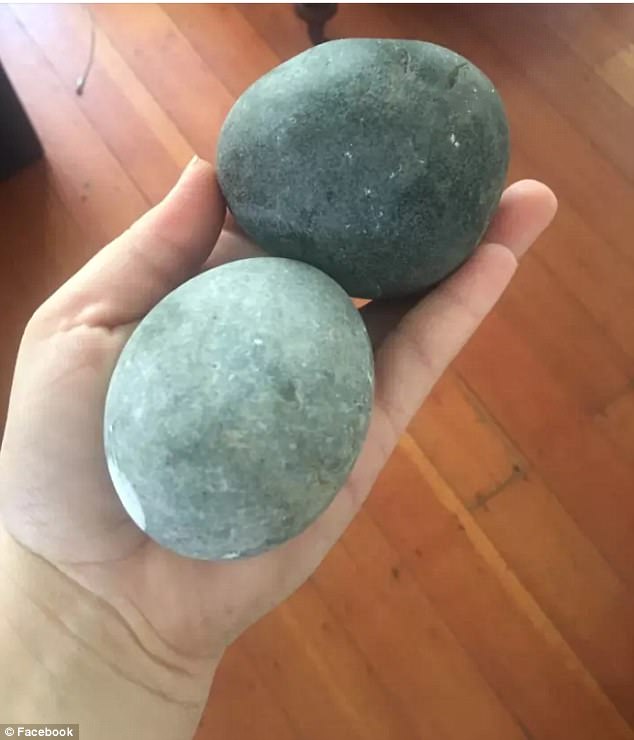 While she said the attack was horrific, Ms Baldwin said it was nothing compared to the daily struggle many faced during the controversial postal plebiscite debate.

‘To be honest, this violence doesn’t compare to what many people within the LGBTQIA community have gone through – at the end of the day this is a house, not a person,’ she said.

Ms Baldwin said the attack was especially devastating because she and Ms Hill tried so hard to spread positivity with their rainbow decorations.

‘Knowing how harmful this whole postal vote is for many, we really just wanted to make a positive statement of solidarity to cut through the ugliness,’ Baldwin said.

‘Everyday people are going to work, uni, school, even just out in public and are constantly being bombarded with hate, bigotry and ignorance. 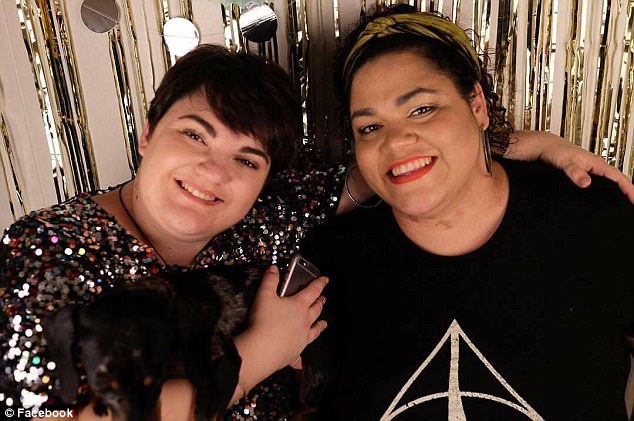 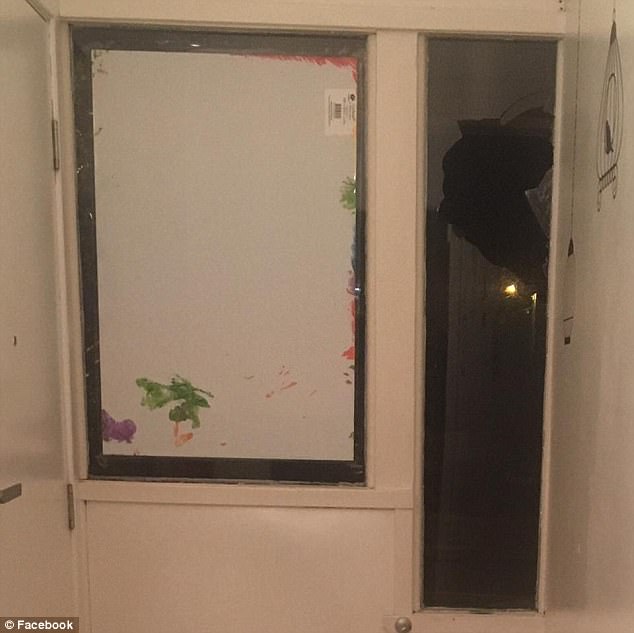 Ms Hill said she feared for her life during the attack, which left windows across the house shattered (pictured)

Ms Baldwin said the house created positive experiences from ‘people stopping to take selfies, yelling out thank you and leaving love letters in our mailbox’, but she said the good was tainted by the bad.

While the rock attack was the worst, Ms Baldwin said it was not the first.

‘We’ve copped some cr** too. We’ve had someone screaming out the f word as they walk by, some angry screaming guy trying to rip the yes sign off the fence, and another guy with a ‘vote no’ sign standing next to our mailbox,’ she said. 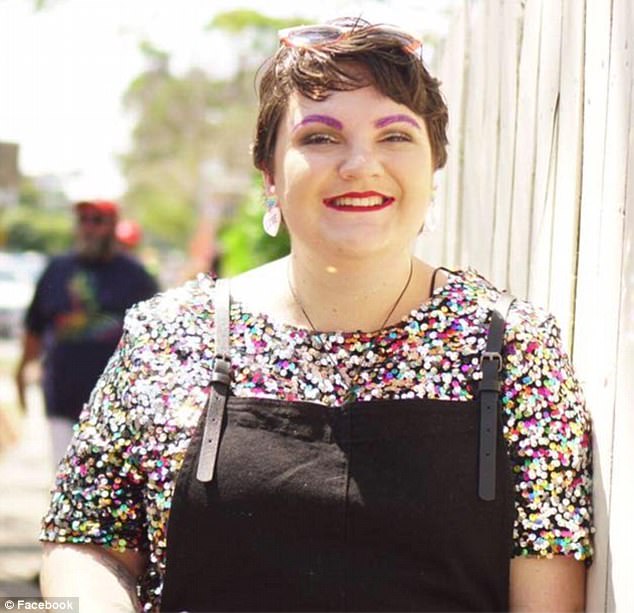 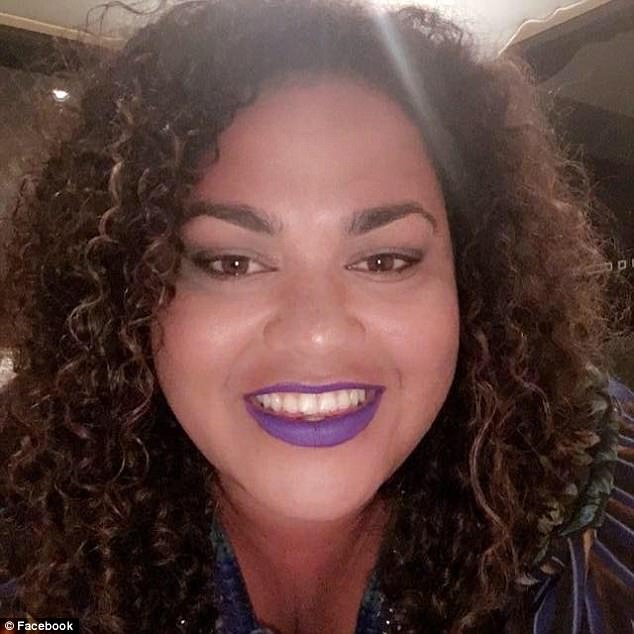 Ms Baldwin (pictured) said the house decorations created positive experiences too, from ‘people stopping to take selfies and yelling out thank you’ to ‘leaving love letters in our mailbox’

Ms Baldwin said the attack would not deter her and Ms Hill from sharing their message.

‘We can fix the windows. We’re not taking our signs down,’ she said.

Queensland Police said they were called out to the Brisbane home before midnight and were now investigating.

The police appealed for anyone with information relating to the incident to phone Crime Stoppers.