Brisbane crowned ‘preferred city’ to host the 2032 Olympics bringing the games to Australia for a third time – beating out stiff competition from Spain, India and Qatar

Brisbane is one step closer to host the 2032 Olympics after being listed as the ‘preferred city.’

The International Olympic Committee voted unanimously the Queensland capital as the frontrunner to host the Games in 11 years time, ahead of fellow bidders Doha (Qatar), Germany, Hungary, India and Spain.

‘This decision is not a decision against anybody,’ IOC president Thomas Bach told reporters.

‘This is just a decision in favor of one interested party at this moment in time.’

If successful, Brisbane will become the third Australian city to host the Olympics held in Melbourne in 1956 and Sydney in 2000, which IOC president Juan Antonio Samaranch hailed at the time as’ the best Olympics ever’.

Brisbane has been listed as the frontrunner to host the 2032 Olympics. Pictured are sporting fans at the 2000 Olympics in Sydney

‘The 2032 Queensland Olympics would support our economic recovery by stimulating investment and creating thousands of jobs for our state,’ she tweeted.

‘We haven’t crossed the finish line yet – we’ve just moved a little further ahead in the race.’ 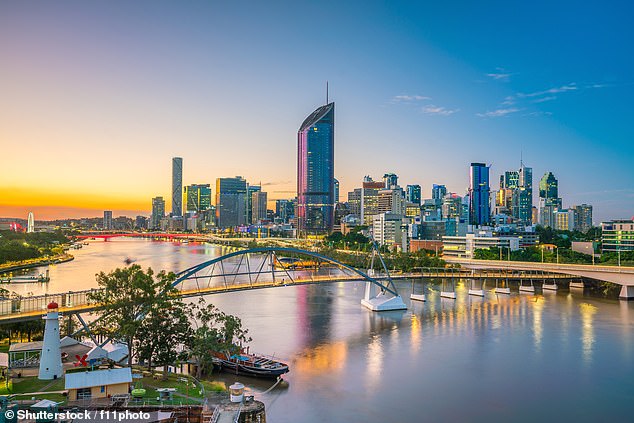 ‘It’s another step on the process of securing the Games for Queensland and for Australia,’ Carroll told the Today show on Thursday.

But the race is not over yet. You don’t declare victory until you get to the finish line.’

‘You could say it is ours to lose. But most importantly it’s ours to win.’

The news comes after three years after Queensland hosted the 2018 Commonwealth Games on the Gold Coast. 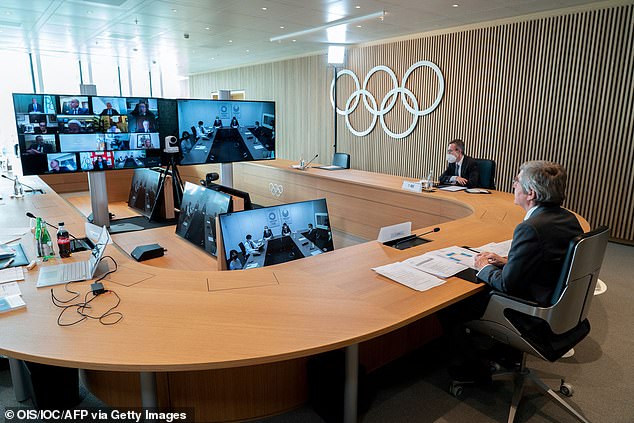