Bristol is the latest city in Britain to introduce an emissions tax on drivers, stinging those with older petrol and diesel cars a £9-a-day charge to use certain roads.

Bristol’s Clean Air Zone (CAZ) launched at midnight and becomes the sixth charging zone in the UK hitting the pockets of motorists.

Drivers of polluting older vehicles face a daily charge of £9 to enter the central area of the city and part of the Portway in a bid to reduce air pollution.

A number of exemptions will be in place for residents, low-income earners, Blue Badge holders and hospital visitors. However, these are heavily caveated and almost all expire by the end of March 2023.

Bristol’s sting on motorists: The city council has today (28 November) introduced its Clean Air Zone, which has been charging drivers of older petrol and diesel cars to enter as of midnight

Mayor Marvin Rees described its introduction as ‘a milestone for clean air in Bristol’.

It comes just days after London Mayor Sadiq Khan confirmed that the Ultra Low Emission Zone in the capital will be expanded in August 2023.

The ULEZ will cover all 33 boroughs in the city, stretching more than 30 miles from Uxbridge to Upminster and seeing hundreds of thousands more drivers face the daily fee of £12.50 to use London’s roads.

Bristol City Council estimates that around 30 per cent of vehicles entering the CAZ will be stung by its daily charge, which accounts for around 75,000 motors.

Is you car Bristol CAZ compliant?

This would generate funds amounting to at least £675,000 per day.

A trial of the automatic number plate recognition (ANPR) cameras monitoring the CAZ area was carried out for three weeks in September. In that period, almost 100,000 motorists were issued warning letters to say they would be charged from today (28 November).

Those expecting to drive into the city are urged to use the Government’s CAZ vehicle checker to see if their car is compliant.

HGVs, buses and coaches will be hit with much bigger charges of £100. 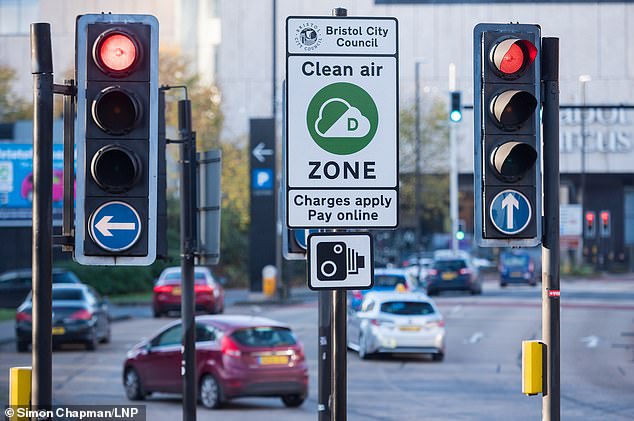 Bristol City Council estimates that 30% of vehicles entering the CAZ will be stung by its daily charge, which accounts for around 75k motors. This would generate at least £675k per day

Bristol City Council said people ‘will not receive written notification or any kind of alert’ that they have entered the CAZ or that a payment is due.

‘Individuals and businesses are fully responsible for managing this,’ it added.

Failure to pay the daily charge will result in a full Penalty Charge Notice of £120, or £60 if paid within 14 days, as well as the outstanding daily charge.

However, for the first six weeks of the scheme being introduced, people will be given the option of a ‘special payment offer’, which gives seven additional days (21 in total) to pay the appropriate daily charge for that journey.

The zone has a 24-hour enforcement period, operating seven days a week, 365 days a year.

Mayor Rees said: ‘What an incredible milestone we’ve achieved today, launching Bristol’s Clean Air Zone to help create a city that is healthier for everyone to grow up, live and work in.

‘We have always sought to reduce air pollution in Bristol to improve the city’s health, but we’re also mindful of the financial strain people are under at the moment.

‘We have taken our time to find a way to clean up our air, while also providing support to those who need it most. Temporary exemptions and financial support are still available, and I urge people to check if they’re eligible.’ 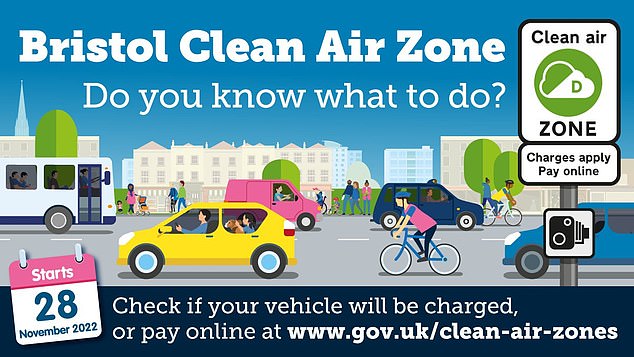 Exemptions available, but only for FOUR MONTHS

While Bristol City Council has a number of different CAZ exemptions available to residents and businesses, some will likely cause confusion and be difficult to process – and almost all of them will expire within months.

Residents who live inside the CAZ can apply for an exemption, but that only lasts until 31 March 2023, meaning locals have just four months to replace their older cars to avoid being stung £9 each day.

There is also an exemption for low-income workers, though this is heavily caveated.

It is only available to those who live outside the Bristol CAZ boundary, work more than 18 hours per week at a business premises located within the zone. Only those who earn less than £26,000 a year and no more than £13.51 per hour can apply.

Again, this exemption is only available until 31 March 2023.

Blue Badge holders are only exempt if the badged vehicle is registered to their home address, while those who ‘make occasional journeys’ in a non-compliant vehicle with a Blue Badge can apply to receive 30 daily exemptions.

Again, immunity from the daily charge for those with disabilities also runs out at the end of March 2023.

Hospital patients will escape the daily charge until 31 March 2023, then from 1 April a new exemption will apply for a ‘limited number of patients who are identified by clinical hospital staff as being regular outpatients’.

Hospital visitors can only apply for short-term exemptions for seven days.

Bristol City Council has also confirmed that a vehicle forced to travel into the CAZ due to official diversions from a road outside the zone, for example the M5, they will not be hit with the daily charge. 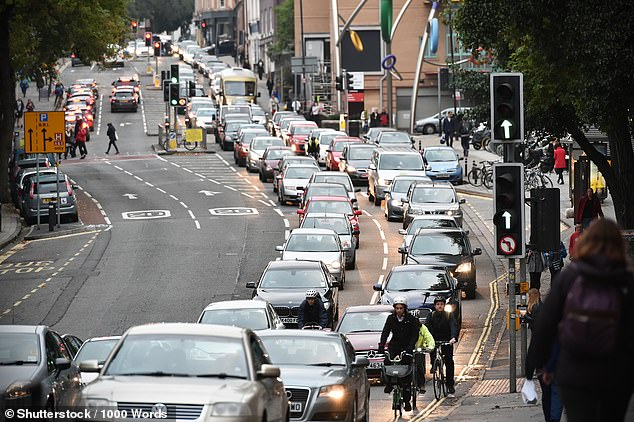 There are a number of exemptions, including one for anyone earning less than £26,000 a year. However, all exemptions are heavily caveated and confusing – and only last for 16 months

In terms of financial support, with both grants and loans being made available to individuals and businesses that need to replace vehicles that don’t meet the zone’s emission standards.

A total £42million financial package backed by support from the government is available, though only £1.8million of that is for loans and grants to help people who need to change their cars.

‘Priority [for grants] will be given to individuals, sole traders, charities and small businesses located in the Bristol City Council area and neighbouring areas, or with premises in the Clean Air Zone,’ the council said.

‘You can use the funding to trade in your vehicle and buy a second hand vehicle from a dealership approved by our finance partners.

‘The terms of our financial support packages are set by central government and we are unable to offer any money for private car sales or retrospective grants if you’ve already replaced your vehicle.’

Those working within the CAZ limits and earn less than £27,000 will be prioritised, it added.

Applicants must be the registered owner of the non-compliant vehicle and be the named keeper on the V5C vehicle log book – and you must have owned the vehicle before 5 November 2021 to qualify to receive financial support. 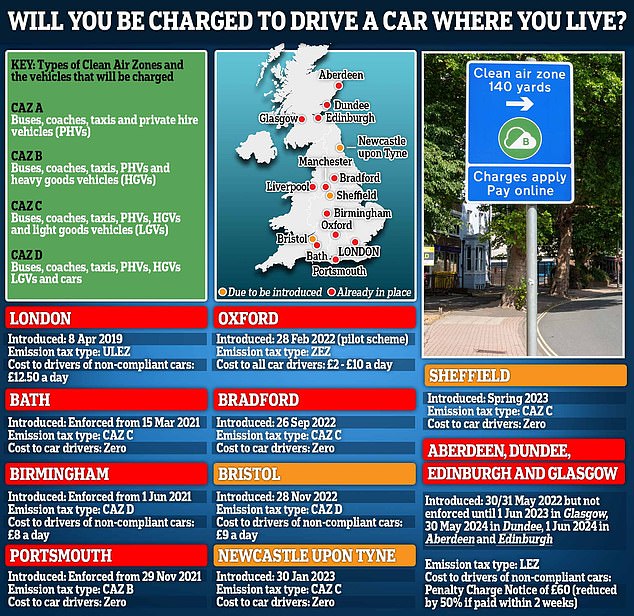 Bristol is the fourth city to introduce a CAZ, following similar schemes in place in Bath, Birmingham, Portsmouth and Bradford.

As well as London’s ULEZ, Oxford introduced a Zero Emission Zone (ZEZ) in February banning all vehicles from ysung some inner-city roads. Low Emission Zones in Aberdeen, Dundee, Edinburgh and Glasgow is also in place, though charges will not be enforced in these Scottish cities until the second quarter of 2023.

Further emission charging zones are also due to be introduced in Sheffield and Tyneside (covering areas of both Newcastle and Gateshead) from early next year.

It means 13 locations across the UK will be charging some drivers to enter from next summer. You can find out more about each emissions charging zone in our in-depth guide.