Bristol Rovers in seventh heaven! Gas win SEVEN-NIL against Scunthorpe to pip Northampton to League Two automatic promotion on final day of the season – as Joey Barton’s side finish third on goals scored

Rovers struck five times in the second half to make up their goal difference deficit on the Cobblers, which had been five at the start of the day, and seal promotion by the barest of margins.

An incredible game was halted for 16 minutes after Elliot Anderson’s 85th-minute seventh goal prompted a pitch invasion, but Rovers saw out the match when play resumed, while Northampton’s 3-1 win at Barrow was not enough. 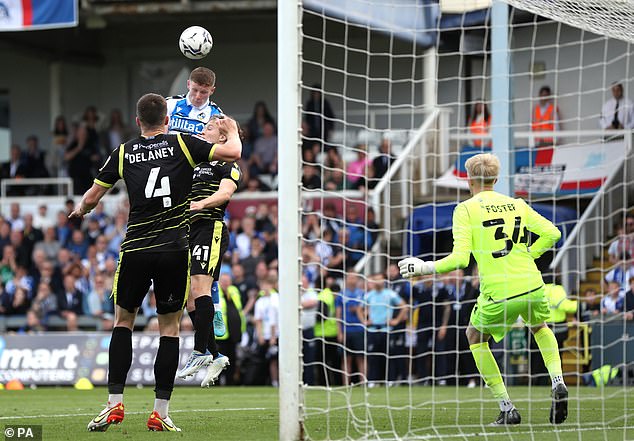 Anderson’s cross was put into his own goal by the Iron’s Oliver Lobley after 18 minutes to give the hosts an early lead.

Connor Taylor then headed in another Anderson cross four minutes later to double the advantage as the Gas looked to overhaul Northampton, who had made an even faster start.

Aaron Collins drove in from the edge of the area in the 53rd minute, with Anthony Evans rifling in to make it four nine minutes later. 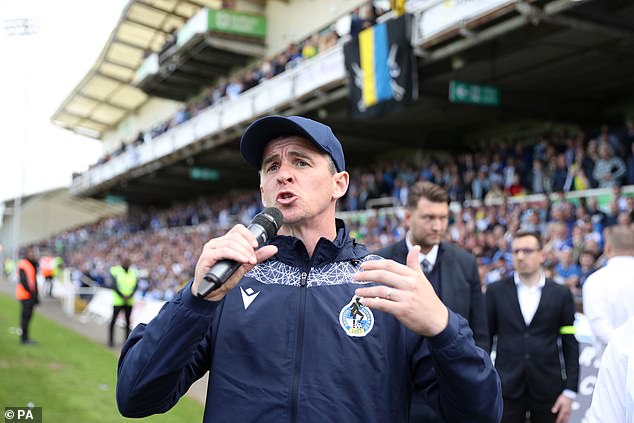 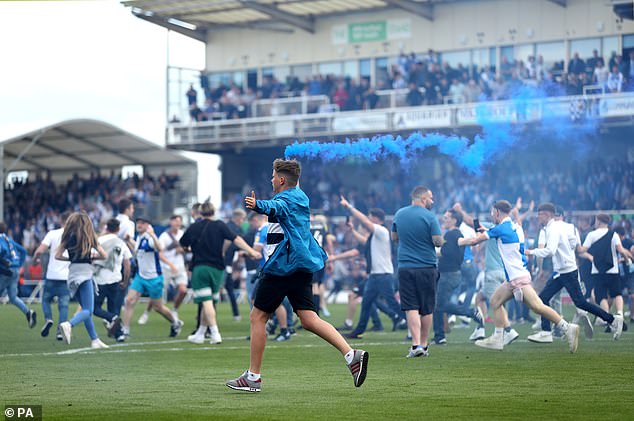 Evans’ sublime free-kick after 76 minutes gave the home side belief the unthinkable might just be achievable and that increased when Collins tapped home seconds later.

Anderson sparked delirium in the stands when he headed in after 85 minutes to make it 7-0, with a pitch invasion leading to referee Charles Breakspear suspending the game.

After a 16-minute break, the players returned to finish the match, Rovers seeing it out seal promotion. 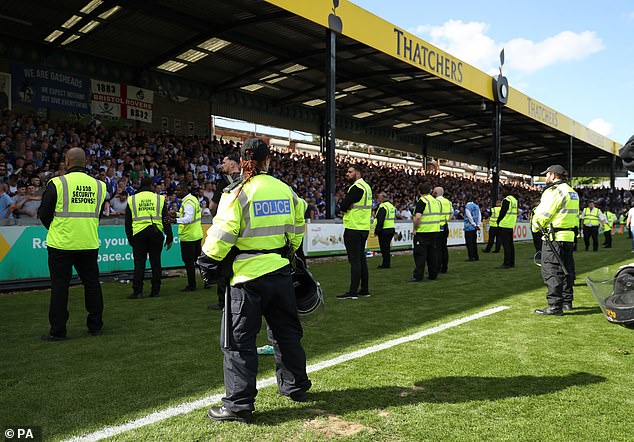