In an extraordinary move likely to spark a diplomatic firestorm, the Foreign Office accused the Kremlin of ‘malicious cyber activity’.

The attack last year targeted Ukraine and spread across Europe. Its primary targets were the Ukrainian financial, energy, and government sectors.

But it was designed to spread further and affected other European and Russian firms in June.

He told the Daily Mail: ‘We have entered a new era of warfare, witnessing a destructive and deadly mix of conventional military might and malicious cyber attacks.

‘Russia is ripping up the rule book by undermining democracy, wrecking livelihoods by targeting critical infrastructure, and weaponising information. We must be primed and ready to tackle these stark and intensifying threats.’ Ukraine has been locked in a simmering conflict with Russian-backed separatists since Moscow annexed Crimea in 2014.

Foreign minister for cyber security Lord Ahmad of Wimbledon said the UK’s decision to identify the Kremlin as responsible for the attack underlines the fact the Government will not tolerate ‘malicious cyber activity’.

He said: ‘The UK Government judges that the Russian government, specifically the Russian military, was responsible for the destructive NotPetya cyber attack of June 2017. 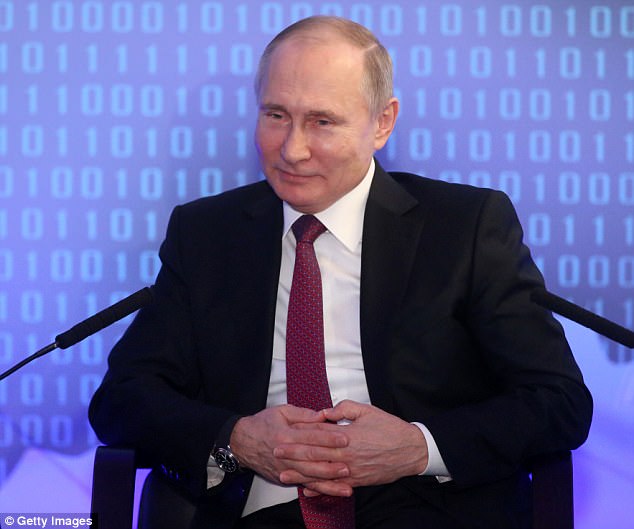 In an extraordinary move likely to spark a diplomatic firestorm, the Foreign Office accused the Kremlin of ‘malicious cyber activity’

‘The attack showed a continued disregard for Ukrainian sovereignty. Its reckless release disrupted organisations across Europe costing hundreds of millions of pounds.’

He added: ‘The Kremlin has positioned Russia in direct opposition to the West yet it doesn’t have to be that way. We call upon Russia to be the responsible member of the international community it claims to be rather then secretly trying to undermine it.

‘The United Kingdom is identifying, pursuing and responding to malicious cyber activity regardless of where it originates, imposing costs on those who would seek to do us harm.

‘We are committed to strengthening co-ordinated international efforts to uphold a free, open, peaceful and secure cyberspace.’

His comments point to UK intelligence agencies discovering evidence indicating the involvement of the Russian military.

Meanwhile, the Defence Secretary risked igniting a second diplomatic storm yesterday by claiming there is no point in Britain listening to Emmanuel Macron.

Mr Williamson took aim at the French president amid growing concerns in London at his hardline position on Brexit.

He spoke out after Mr Macron threatened to launch strikes on the Syrian government for allegedly using chemical weapons against civilians. The Tory MP, who has been tipped as a potential future Prime Minister, said the UK felt no need to ‘copy’ decisions in neighbouring countries. 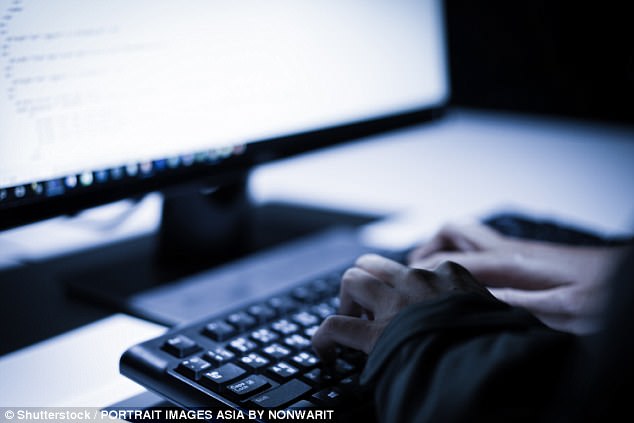 The attack last year targeted Ukraine and spread across Europe. Its primary targets were the Ukrainian financial, energy, and government sectors (file photo)

‘What is the point in listening to French politicians,’ he said. ‘We have our own foreign policy, we don’t need to copy.’

He said he would ‘dutifully study’ Mr Macron’s comments but refused to be drawn on a change in the UK’s policy.

Mr Williamson’s dismissal of Mr Macron, during a ministerial meeting at Nato’s Brussels headquarters, will stoke fears that ties between Paris and London are under increasing strain.

The warning followed claims that Syrian government forces dropped a chlorine bomb from a helicopter on Saraqeb, a rebel-held town, earlier this month.

The Syrian government yesterday denied the accusations, while Mr Macron said that French officials had yet to find enough evidence to launch a strike.