Britain is set for the coldest air in five years

Britain could face its coldest day in five years next week amid warnings snow could fall anywhere in the country.

The Met Office said the air over the UK will probably be at its coldest since March 2013 and warned London and the South East of England will be first impacted by snow, with ‘significant’ accumulations expected.

The weather will turn very cold as the week progresses with snow flurries highly likely this weekend and bitterly cold easterly winds, before temperatures drop further on Monday as cold air from Siberia heads to the UK.

Forecasters say the next few days will probably be cloudy with sunny spells and a brisk easterly wind. Daytime temperatures are set to reach highs of just 6C (43F), and overnight frosts will become increasingly severe. 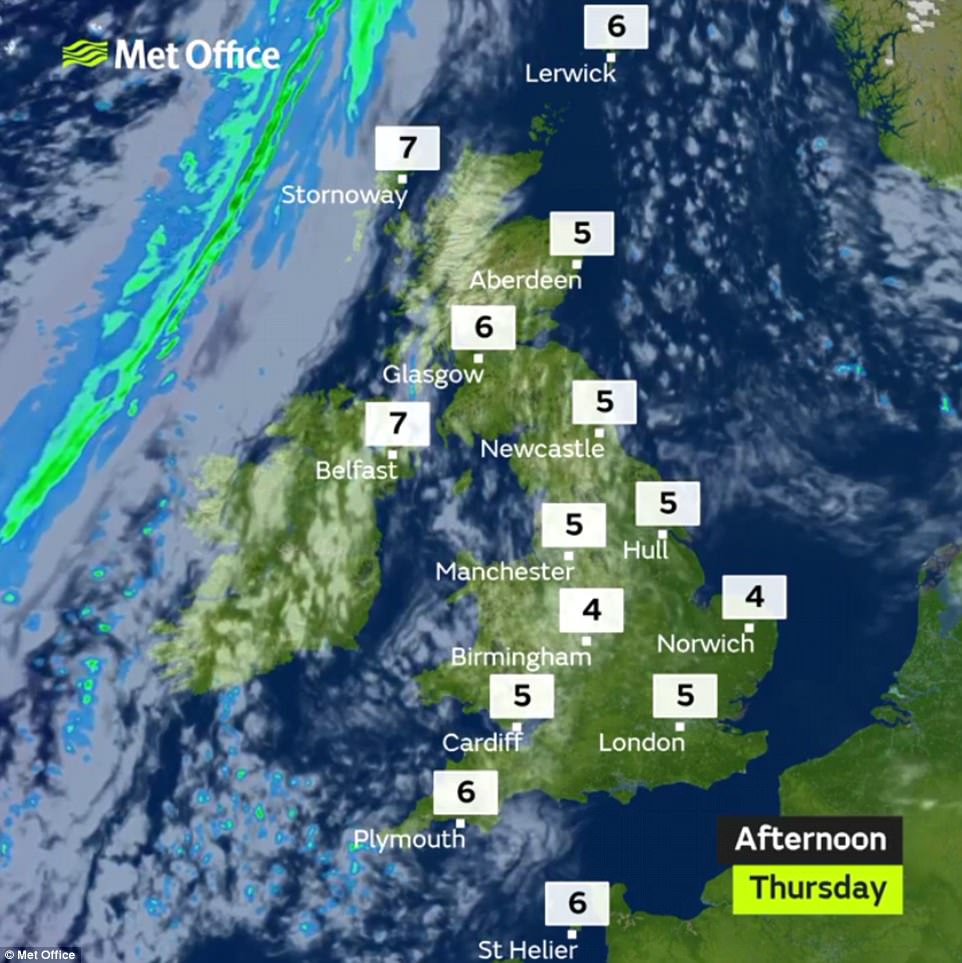 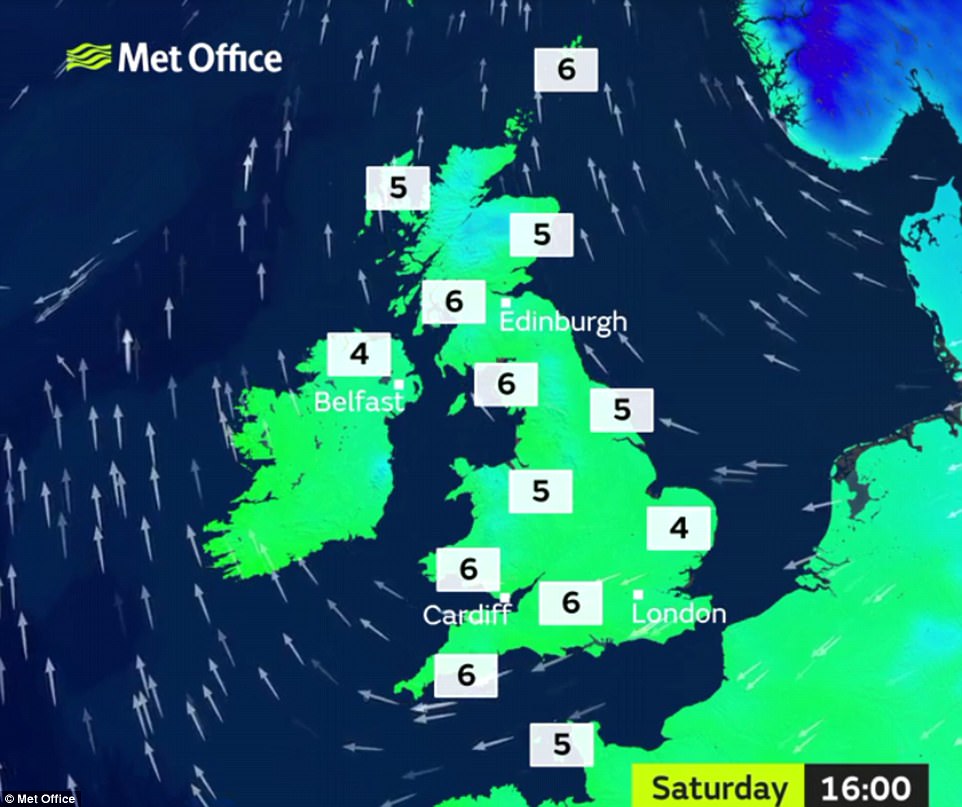 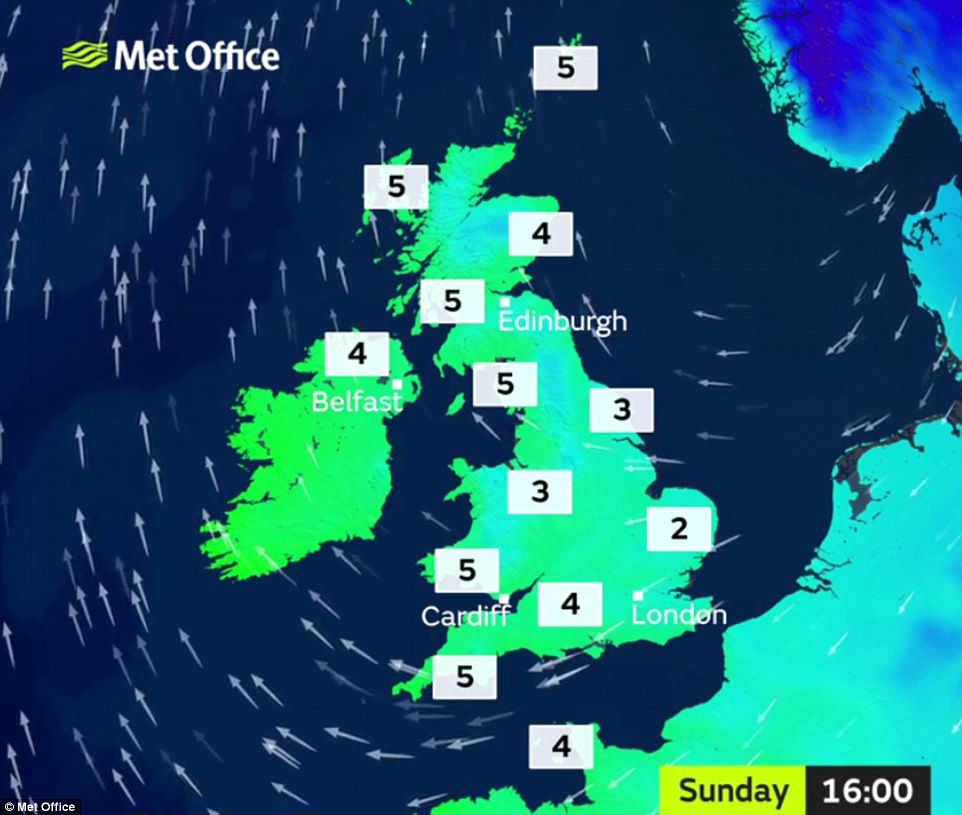 The mercury could fall as low as -6C (21F) in southern England by Saturday night, and even further to -10C (14F) in Scotland overnight into Monday as the cold air known as the ‘Beast from the East’ arrives from Russia.

March 2013 was one of the coldest Marches on record, dominated by easterly winds and high pressure often to the north blocking milder Atlantic air. The lowest temperature that month was -12.9C (9F).

Minimum temperatures so far this winter in UK

A Met Office spokesman said today is likely to be ‘mainly dry with sunny spells’ once some early fog patches have cleared, while tomorrow will turn ‘progressively colder’.

The mixture of cloud and sunshine is set to continue into the weekend but the wind will make it feel ‘very cold’. The first risk of snow is on Sunday, when there could be wintry showers in areas off the east coast.

A Met Office spokesman said: ‘It will be turning much colder next week. Monday and Tuesday will be mainly dry with sunny spells, but snow showers will develop across some eastern and southern areas, where fresh winds will make it feel bitterly cold.

‘Through the rest of the week it will remain cold with an increased risk of ice, frost and snow showers. These will be heaviest and most frequent in central and eastern areas, and some spells of more prolonged snow are possible at times, particularly in the east and across southern England.’ 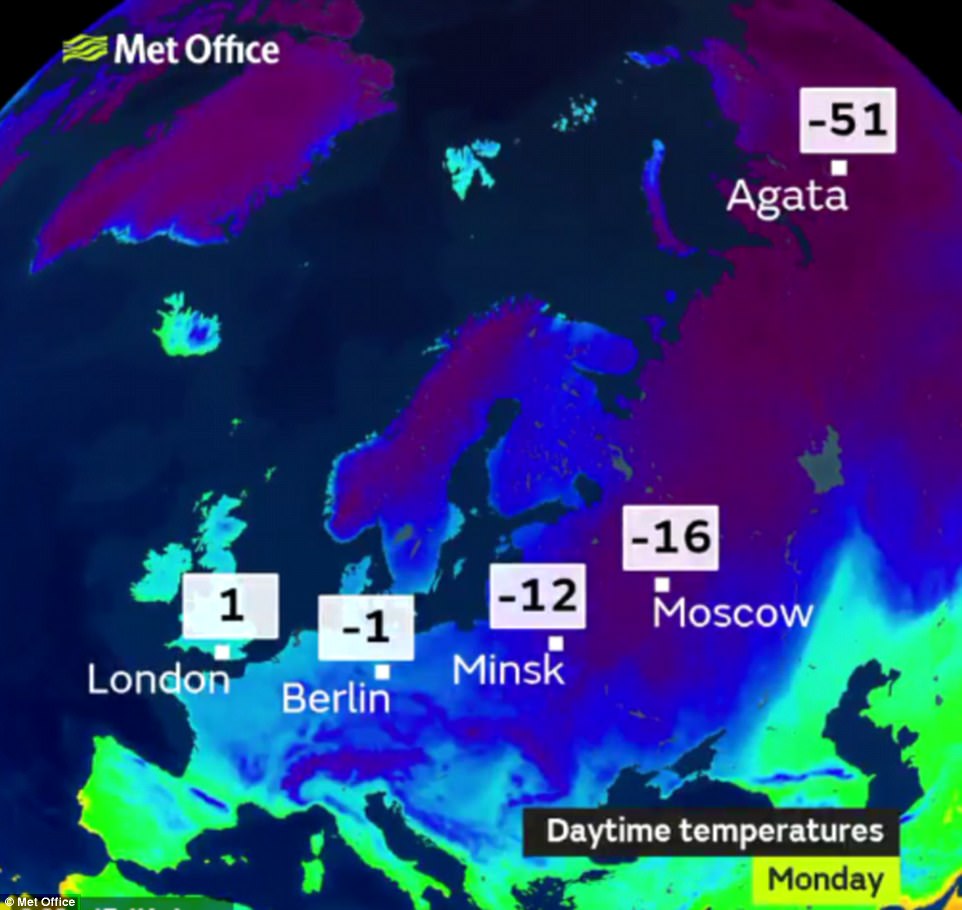 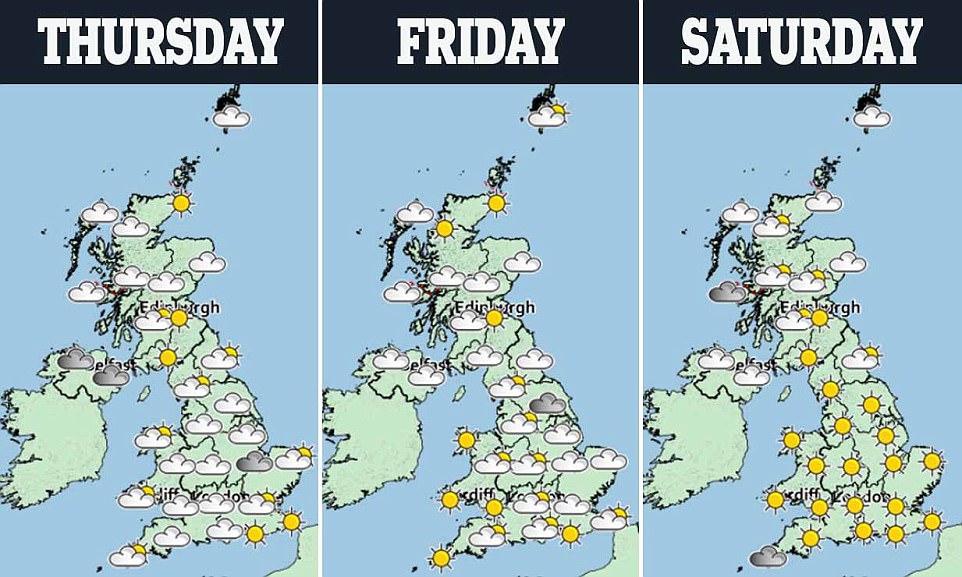 Forecasters predict the bitter weather could last well into next month. Met Office forecaster Martin Bowles said: ‘The conditions are being brought by cold continental air which is coming all the way from Russia … We don’t yet know how much snow could fall at this stage but there could be significant amounts.’

The odds of snow falling in London before the end of February are 4-6 at Coral, while 2018 being the coldest year on record is now just evens.

The coldest March on record was 1962, when overall day and night temperatures averaged 1.9C (35.4F). The long-term average March temperature is 5.5C (41.9F), according to the Met Office.

For most of this month Scotland has endured cold air sweeping down from the north-west from Canada. This has brought freezing temperatures and show showers, particularly in the Highlands.

However, a sudden stratospheric warming detected last Monday over the North Pole – and capable of increasing temperatures by 50C – has switched the direction of winds that affect the UK from west to east.

Met Office long-range predictor Professor Adam Scaife said: ‘In the past few days we have seen a dramatic rise in air temperature, known as a sudden stratospheric warming, at 30km above the North Pole.

‘This results from a breakdown of the usual high-altitude westerly winds and often leads to cold easterly conditions being more likely to dominate subsequent UK weather.’

Scotland has just enjoyed a brief respite from what is set to go down as a colder than normal winter. On Monday, Drumnadrochit in Inverness-shire hit 12.8C (55F) while the French city of Nice only managed 11C (51F).