Britain won’t know for weeks whether lockdown can be eased, a top government adviser warned today – despite fears the public is crippling the economy by obeying the rules too well.

Epidemiologist Neil Ferguson said ‘definitive’ proof of whether restrictions have worked will not be available for ‘several more weeks’.

But Prof Ferguson, who has been modelling the outbreak for Whitehall, conceded there are signs that people are following the draconian curbs better than he had ‘dared hope’.

The message came amid a mounting backlash at ministers for stonewalling over their ‘exit strategy’ for getting out of the crisis threatening to destroy millions of jobs and businesses.

There are claims that Boris Johnson himself was becoming alarmed at the impact of the lockdown, as he had not expected Britons to fall into line so readily.

However, fears are rising that the PM’s hospitalisation has created a power vacuum that is preventing any major shifts in strategy. Mr Johnson’s father Stanley made clear this morning that despite the premier being moved out of intensive care there is little prospect of him returning o duty soon. 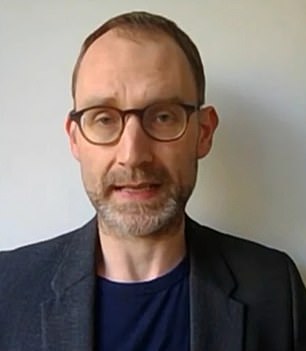 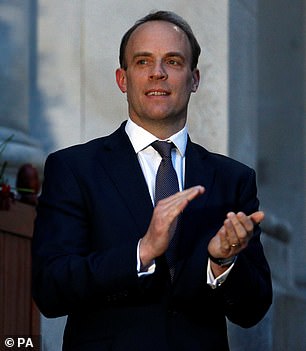 Epidemiologist Neil Ferguson (left)said ‘definitive’ proof of whether restrictions have worked will not be available for ‘several more weeks’. Foreign Secretary Dominic Raab (right), who has been deputising, warned last night that it was still too soon for ministers to begin lifting the strict social distancing rules introduced last month. 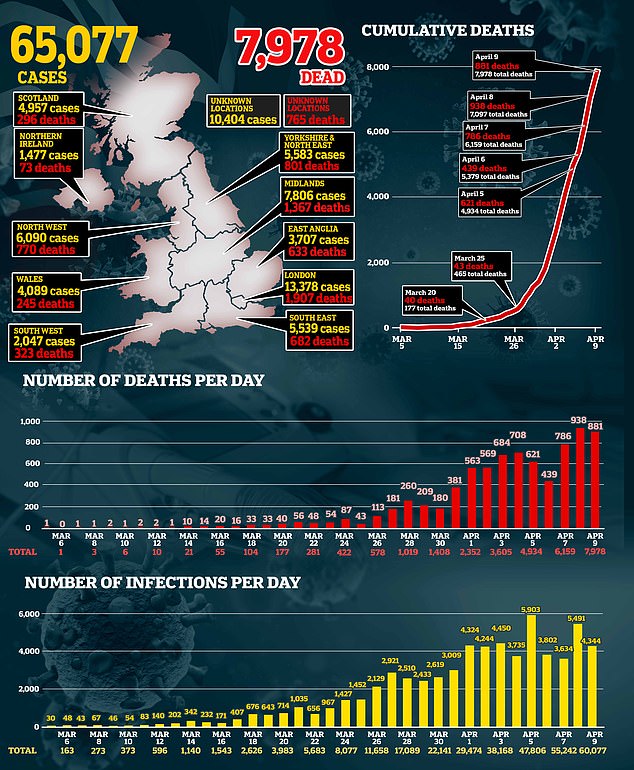 Foreign Secretary Dominic Raab, who has been deputising, warned last night that it was still too soon for ministers to begin lifting the strict social distancing rules introduced last month.

In a stark message to Easter holiday sunseekers, Mr Raab said the disease must not be allowed to ‘kill more people and hurt our country’. ‘We’re not done yet. We must keep going,’ he said.

But he hinted ministers are avoiding setting out any exit strategy due to concern the public will ‘take their eye off the ball’. ‘We will make the right decisions at the right moment and we will be guided by the science,’ he said.

The UK recorded another 881 deaths yesterday – although in a small relief numbers fell back from the high of almost 1,000 declared on Wednesday.

But the trade-offs involved in the crisis response have been underlined, with millions of jobs already thought to have gone and thousands of businesses facing disaster.

Take-up of the Treasury’s unprecedented bailout for employees has been three times higher than expected, leaving the government facing a £200billion hole in budgets, with the Bank of England extending its official ‘overdraft’ to ensure money does not run out.

The respected IFS think-tank warned yesterday that more than a million people could end up with long-term illnesses due to the economic misery.

Police have warned they are ready to take action against those who flout the coronavirus lockdown rules.

Downing Street offered the Government’s ‘full backing’ to police forces seeking to enforce the restrictions over the holiday period.

But there was a rebuke for Northamptonshire Chief Constable Nick Adderley after he suggested his force could mount road blocks and search shopping trolleys to check if people were going out to buy non-essential items.

Home Secretary Priti Patel told talkRADIO: ‘That is not appropriate, let me be clear on that. That is not the guidance.’

She also dismissed calls for police to be given even tougher powers.

‘But we have still got to see that reflected in case numbers coming down,’ he said.

‘Only when we can see the case numbers come down and how quickly transmissions are being reduced can we really conclude anything about what happens next and when these measures can be relaxed.’

On whether planning was being done on when and how lockdown can be eased, he said: ‘Both in the scientific community .. and in government itself it is the number one topic and priority, every waking minute.’

Prof Ferguson suggested any loosening will be staged, and potentially cover areas where outbreaks are less intense.

‘Without doubt measures will be targeted, probably by age, by geography, and we will need to introduce – in my view – much larger levels of testing at a community level to really be able to isolate cases and more effectively identify where transmission has happened,’ he said.

Professor Paul Cosford of Public Health England (PHE) said it is ‘not unreasonable’ to expect the lockdown to continue for several weeks.

‘All my experience dealing with any sort of infectious disease suggests once you start getting things under control, that is the time you absolutely need to continue with all your measures so you can bring the disease right down, essentially to crack it across the country.’

He said the restrictions could be lifted in stages.

‘I could conceive of circumstances in which some of the restrictions are lifted sooner and some are lifted later,’ he said.

In an article for the Telegraph today, Spectator magazine editor Fraser Nelson said Mr Johnson himself had been increasingly concerned about the economic impact before he was struck down with coronavirus.

‘Our message was supposed to be: keep working, but work from home if possible,’ Nelson quoted one minister as saying. ‘But that message has got lost.’

Mr Raab acknowledged that it was hard for people hoping to go out and be with their families over Easter, but he urged them to show restraint amid signs the measures were having an impact.

‘Unfortunately right now we just can’t do those sorts of things and I am really sorry about that,’ he said.

‘It’s been almost three weeks and we’re starting to see the impact of the sacrifices we’ve all made.

‘But the deaths are still rising and we haven’t yet reached the peak of the virus. So it’s still too early to lift the measures that we put in place.

‘We must stick to the plan and we must continue to be guided by the science.’

Mr Raab was speaking after chairing a meeting of the Government’s Cobra civil contingencies committee to consider how it would proceed with the three-week review, due next week, of the lockdown rules.

He said the Government’s Scientific Advisory Group for Emergencies (Sage) would be looking at the evidence but it would not be possible to say any more until the end of next week. 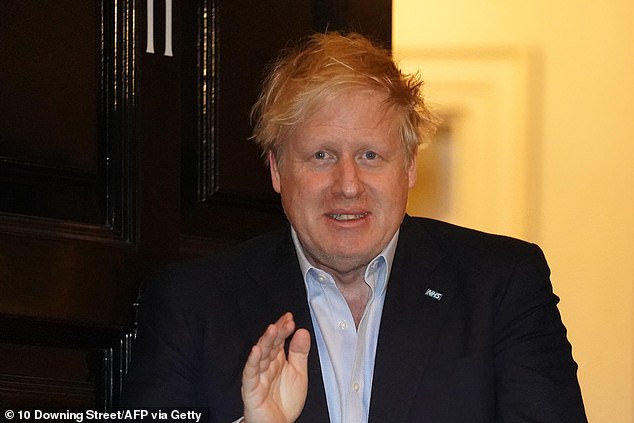 The last time the Prime Minister was seen in person, and not on a Zoom call, was last week when he appeared on the doorstep of No.11 to clap for carers 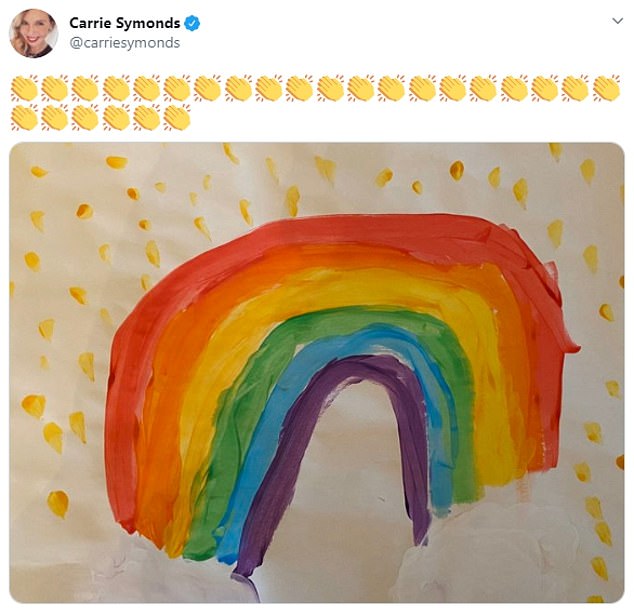 Sir Patrick Vallance, the Government’s chief scientific adviser, said measures were ‘breaking transmission’ of the disease with signs of a ‘flattening off’ in the numbers of new cases and hospital admissions.

However, he warned the numbers of deaths would continue to rise for a ‘few weeks’ and that it was too soon to relax social distancing.

‘It is incredibly important that we continue to do what we are doing,’ he said.

The chief medical officer, Professor Chris Whitty, said that while the numbers admitted to intensive care had been doubling every three days, that had now slowed.

‘This is really now becoming not quite flat, but the doubling time is now six or more days in almost everywhere in the country and extending in time,’ he said.

Also on Thursday, the hospital where the Prime Minister is being treated for Covid-19 was illuminated with blue flashing lights as people across the country joined the weekly round of national applause for NHS workers.

Mr Johnson’s partner Carrie Symonds also showed her appreciation for the health service by tweeting a string of clapping emojis.