They are twice as likely to be dangerously obese aged 11 as when they started in reception class aged four.

This is despite hundreds of millions being poured into healthier school meals, new PE equipment and extra sports coaches.

It is the first time the annual National Child Measurement Programme has released official data on ‘severe’ obesity.

The scheme records the weight and height of school starters and again when they are in Year 6.

Last night campaigners said the statistics were an ‘indictment’ of successive governments’ failure to tackle the problem of obesity in children.

According to NHS figures, just over a third – about 170,000 – of the half a million children who left primary school last year were overweight to some degree. One in five leavers were obese, equivalent to 111,290 pupils. This includes 4.1 per cent, equivalent to 22,646 pupils, who were severely obese.

The National Child Measurement Programme calculates pupils’ Body Mass Index, which determines whether they are overweight or obese. Parents of children classed as obese are sent warning letters.

The figures were compiled by the Local Government Association who warned that children were ‘gaining weight at a drastic rate as they go through schools’.

One in ten children were obese in reception, of whom 2.4 per cent were severely obese. Severe obesity is as bad for health as a lifetime of smoking and shortens life expectancy by ten years on average.

It puts them at much risk of heart disease, strokes, diabetes and cancer, which in turn place a huge strain on the NHS. 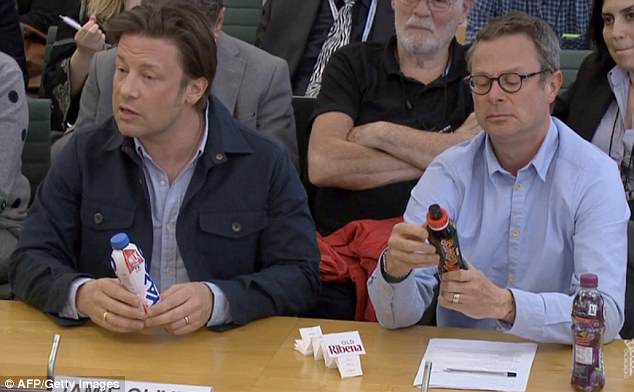 A 11-year-old severely obese girl would be 4ft 10 in and weigh 9st 4lb. A severely obese boy of the same age and height would weigh almost 9st. The worst rates for severe obesity were in Barking and Dagenham, in east London, where 7.8 per cent of children leaving primary school were in the most dangerous weight category last year. They are only slightly better in Southwark, south London, at 7.2 per cent and in Wolverhampton at 7 per cent. But the rates are just 1.5 per cent in Wokingham, Berkshire, and 1.6 per cent in Tunbridge Wells in Kent.

Izzi Seccombe, of the Local Government Association, said: ‘Unless we tackle this obesity crisis, today’s obese children will become tomorrow’s obese adults whose years of healthy life will be shortened by a whole host of health problems.’

Tam Fry, of the National Obesity Forum, said the figures were ‘an indictment on successive Whitehall governments’, adding: ‘For decades they have failed to take the action required to help our children from becoming so unhealthily fat.’

Professor Russell Viner, of the Royal College of Paediatrics and Child Health, said: ‘Preventing children becoming overweight and obese is vital if we’re to stand any chance of beating the obesity epidemic. Not only does obesity have a high health cost for individuals, it also has huge cost implications for the NHS.’

A government scheme in 2014 spent £450million on providing healthy lunches for young children. It was scrapped last year and replaced with a programme giving free breakfasts in disadvantaged schools. Since 2013 schools have been given a ‘Sports Premium’ to improve PE lessons.

The Government is due to announce a new childhood obesity strategy within weeks.

A Department of Health spokesman said: ‘We have not ruled out further action if the right results are not seen.’