British troops would be ‘comprehensively outgunned’ in a war with Russia because of a ‘critical shortage’ of artillery, according to a report.

In a scathing assessment of the military’s firepower, experts warn that in the event of a battle, UK forces would be defeated by superior Russian guns, which have longer range.

The report also says the Army lacks the ability to transport and sustain enough artillery for a ‘credible’ warfighting division – typically around 20,000 soldiers.

The damning report by the Royal United Services Institute (Rusi) think-tank compares Russia’s firepower on the ground to Britain’s.

But Army sources said an all-out war between the two countries was not a ‘plausible scenario’ because ‘we would always fight as part of an alliance’. The paper, The Future of Fires: Maximising the UK’s Tactical and Operational Firepower, warns that the UK currently ‘possesses a critical shortage of artillery’.

Historically, artillery has inflicted between 60 and 90 per cent of casualties in high- intensity warfare.

This must ultimately… lead to the defeat of UK units…’ 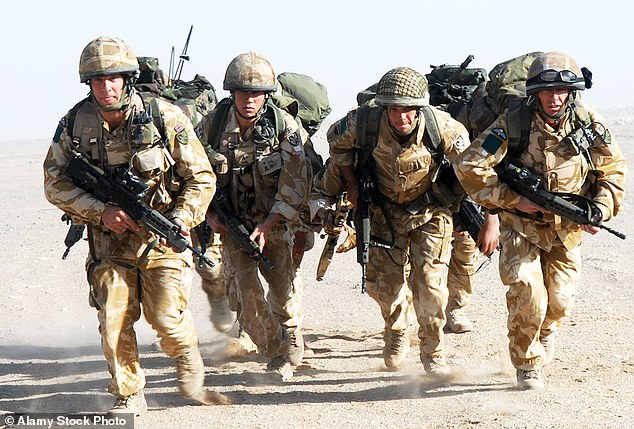 The report also says the Army lacks the ability to transport and sustain enough artillery for a ‘credible’ warfighting division – typically around 20,000 soldiers. Stock picture

The report adds: ‘Whatever platforms are developed and procured, it is clear that the UK’s ground forces need to increase their deployable firepower if they are to maintain a credible warfighting capability.’

As well as being outgunned by Russia, Britain has far fewer soldiers. The UK has 83,500 full-time soldiers including 3,100 Gurkhas, while Russia has 280,000, according to another think-tank, the International Institute for Strategic Studies.

Britain’s soldiers have a multiple-launch rocket system with a GPS-guided rocket. But the Rusi report, drawing on the experience of those who fought Russia in Ukraine, says it is ‘inaccurate in the face of extensive Russian GPS jamming’. 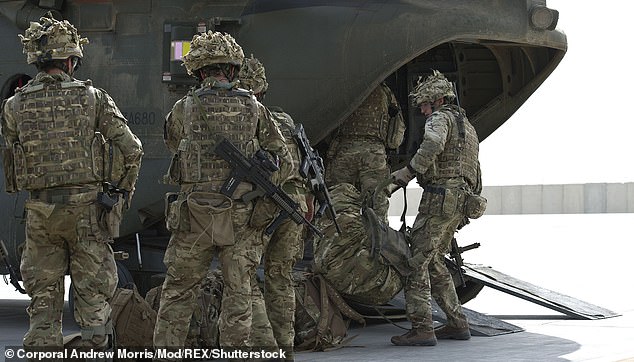 As well as being outgunned by Russia, Britain has far fewer soldiers. The UK has 83,500 full-time soldiers including 3,100 Gurkhas, while Russia has 280,000. Stock picture

The system also ‘delivers a limited unitary warhead, with 85-kilometre [53-mile] range, as compared with 120 kilometres for Russian systems’. In the event of a war, the RAF would look to ground forces to provide supporting firepower.

‘Given that this firepower does not exist within the ground forces, it may be concluded that at present Britain lacks a credible or competitive warfighting capability in a conflict in Eastern Europe against Russia,’ the report says.

The Ministry of Defence said: ‘The UK does not stand alone but alongside its Nato allies, who work closely together across air, sea, land, nuclear and cyber to deter threats and respond to crises.’