Grounded in dubious science and cowardly politics, the grievous wounds we have inflicted upon ourselves with the Covid-19 lockdown are becoming more evident every day.

Britain’s economic outlook is dire and job losses are mounting daily. It is clear many of those currently bankrolled by the Government’s furlough scheme to lie on the beach, lawn or sofa will soon discover that they have no employment to return to in the autumn.

Meanwhile, disturbing figures reported in the Mail yesterday, reveal how alarm is spreading among doctors and patients at the continued mothballing of sectors of the NHS.

The damning survey by the Royal College of Physicians showed more than two-thirds of senior doctors and consultants were experiencing delays accessing outpatients’ diagnostic tests and procedures.

Typically some 30,000 cases of cancer are diagnosed every month; since lockdown it has been roughly half that. And the latest figures from the Office for National Statistics reveal cancer deaths were almost four times higher than they should have been in June.

What this means in reality is that tens of thousands more people will die of cancer due to counter-measures for a virus that, according to the latest figures, is killing less than a tenth of the number it was at its peak and overall has resulted in a similar number of fatalities to those we’d expect during a bad influenza season.

At the same time, waiting times nationwide for routine and even acute surgery are lengthening alarmingly.

In London alone, those waiting for procedures for more than a year have shot up to almost 20,000 from just 1,154 across England 18 months ago.

We may never know precisely how many people in Britain have died and will die of Covid-19, but we know the death rate globally is very low, between 0.1 and 0.5 per cent of those infected, according to research group Swiss Policy Research.

We know that the majority of deaths occurred in people with pre-existing conditions and we also know that in England, the median age of those who died from Covid is above 80.

Every death is sad but should the country have been brought to such an abrupt halt — with catastrophic consequences? 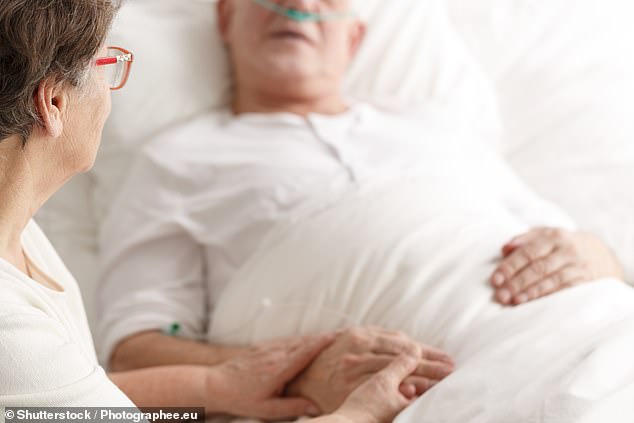 Typically some 30,000 cases of cancer are diagnosed every month; since lockdown it has been roughly half that (Stock image)

In the eyes of many in the political and scientific establishment it was necessary. But as I warned on these pages back in May, the Government’s eagerness to lockdown amounts to nothing more than the medicine of the madhouse.

There were no demands for a national shutdown in Britain in the winter of 2014/15, when more than 28,000 people died from seasonal flu; or during the Hong Kong flu epidemic of 1968, when a million people died worldwide, some 80,000 of them in Britain.

To put that in perspective, when Boris Johnson saw fit to implement total lockdown on March 23 there had been just 335 Covid deaths in Britain.

Of course, we are much more risk-averse today than in the Sixties, far less willing to accept death as our ultimate destiny or able to have a grown-up public discussion about it.

Part of the story has also been bad luck, with Boris Johnson contracting the virus and falling seriously ill in April. Clearly he was scarred by his ordeal, and since then, normal politics has been in abeyance, as a small group of Cabinet ministers absolve themselves of responsibility by deferring to what they call ‘The Science’.

Yet the advice emerging from the Scientific Advisory Group for Emergencies (SAGE) committee has been markedly unimpressive.

The problem with epidemiologists is that they are essentially modellers of the progress of a disease, so they are only as good as the assumptions and data they put in their models.

Parallels can be drawn with the models used by the banks before the 2008 financial crisis. Their creators thought they had modelled every eventuality. But their inputs were faulty, so they reached entirely the wrong conclusions about the solidity of global banks.

The same fate befell Professor Neil Ferguson, whose record for apocalyptic forecasting didn’t stop the Government taking unprecedented action based on his data.

Yesterday, I listened in disbelief as Ferguson, a member of SAGE until he was forced to resign for allowing a girlfriend to visit him in defiance of a lockdown he helped devise, appeared on the BBC Radio 4 Today programme to warn that reopening schools next month risked increasing the infection rate. 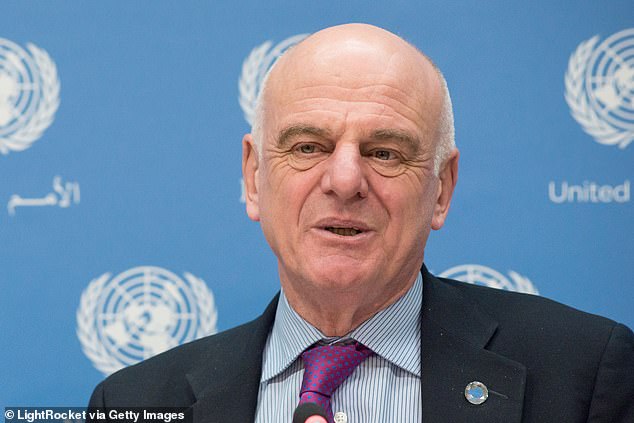 His shamelessness is astounding. Here we had a scientist who has been proven wrong on countless predictions, pronouncing on the futures of millions of schoolchildren who have been out of school for six months, and whose chances of succumbing to the virus are minuscule.

He isn’t alone in his doom-mongering. The day before his appearance, Dr David Nabarro, the World Health Organisation’s special envoy on Covid-19, told the same programme we will see ‘very bad surges’ if more action isn’t taken.

Throughout this crisis, watching the Prime Minister and his committee of experts puts me in mind of the brilliant Sky series Chernobyl, about Ukraine’s nuclear disaster.

In it, we see ultimate rule by committee, the failure of political accountability and all the hallmarks of totalitarianism that have characterised our own handling of Covid-19.

We like to believe we are better than the Soviet Union. But time and again we have seen the same totalitarian impulse in the Government’s instructions, from Stay Home, Save Lives, Protect the NHS, to social distancing and wearing face masks — all in the absence of reliable evidence these measures do any real good and plenty to suggest harm.

In this crazy world, citizens who thought they lived in a sane, civilised country are treated like imbeciles, unable to make everyday risk assessments for themselves.

As a result, they are bound by farcical rules, exemplified by those governing the re-implemented Northern lockdown, where it is permitted to meet a lover with whom you do not co-habit in a hotel, but not in either of your private homes.

Meanwhile, no one dares to admit the lockdown itself may be completely misguided, because then everything that has been done in its name will be seen to have been pointless.

For months it has been clear that our own government and administrations internationally are in a fantasy world, determined to contain a virus which cannot be stamped out.

Yet rather than face the uncomfortable truth we may have to learn to live with Covid-19, politicians are intent on pursuing policies which have devastating real-world effects.

No one can predict the precise course of this pandemic, but we can be certain many thousands will die who would not have but for the draconian Covid counter-measures.

And even for those who do survive, many of the experiences that make life worthwhile may become things of the past — unless we wake up to the fact that lockdown could have a higher cost than Covid itself.