Homes on ‘Britain’s most festive street’ will not be decorated for Christmas this year – after a row with officials over the use of traffic cones to control crowds.

Residents of Trinity Close in Burnham-on-Sea, Somerset have raised more than £10,000 for charity over the years by adorning their homes with fairy lights.

Thousands of people flock to the road every December to view the glittering display, which sees some properties covered from top to bottom.

But organisers have been forced to cancel this year’s event – because of a row over yellow traffic cones.

A letter sent to homeowners has said a safety group advised that locals could be held liable if something happens to people corralled by the cones.

Residents of Trinity Close in Burnham-on-Sea, Somerset have raised more than £10,000 for charity over the years by adorning their homes with fairy lights (pictured previously) 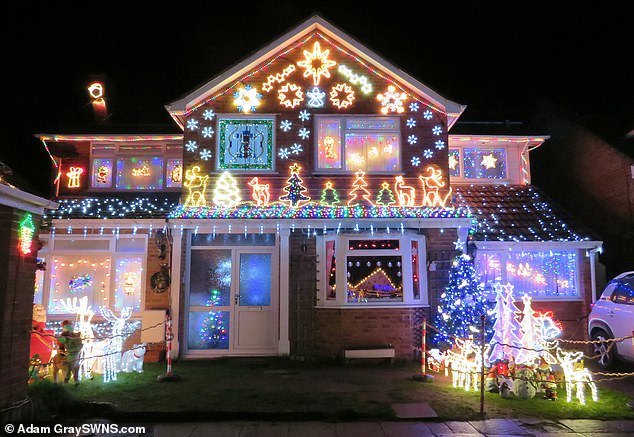 Thousands of people flock to the road every December to view the glittering display (pictured previously), which sees some properties covered from top to bottom. 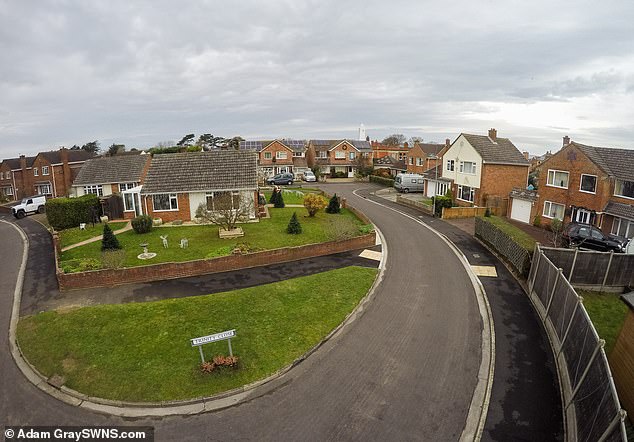 This year, however, organisers have been forced to cancel this year’s event – because of a row over yellow traffic cones (pictured, how the street looks without lights)

This has led residents to take the decision to pull the plug on the lights – much to the disappointment of the community.

However, the local council has hit back and said it still supports the event – but wants to ensure safety is a priority.

Some homes will still put up displays for ‘personal enjoyment’.

The letter, which has been circulated on social media, said: ‘For the past few years, yellow cones have been used on Trinity Rise, Pizey Avenue and into Mountbatten Close to restrict parking during December.’

Will you be decorating your house this year?

Send in your Christmas pictures to pictures@mailonline.co.uk

‘Initially, this was done after consultation with the local Police who lent us yellow no-parking cones, hoping to improve pedestrian safety and access to homes.’

‘However, this year the Sedgemoor Safety Advisory Group (SAG) has passed on a statement from a member of the Somerset Highways Department saying that they cannot condone the use of cones, affirming that ‘should an incident occur as a result of your actions (placing the cones), you could be held liable.’

‘Therefore, those of us in Trinity Close will not be putting any yellow cones out this year. It is worth noting, however, at no point has SAG made any other suggestions for improving safety or access to our homes.’

‘SAG describes the display of lights on private homes with the provision of a charity collection as ‘an event’.

‘In order to avoid the ramifications that accompany an event, there will be no advertised switch-on, no media involvement at our instigation, no collecting box, and the switching on and off will be individual to each resident..’

‘In short, there will be no Trinity Lights display for charity this year. However, the lights will be displayed by those who do them for personal enjoyment.’

People have branded the move as ‘ridiculous’ on social media with one person commenting: ‘That’s very sad. We have already planned to bring friends to see the lights!’

A third added: ‘Oh no what a shame for the residents and charities. We had already decided to visit again this year.’ 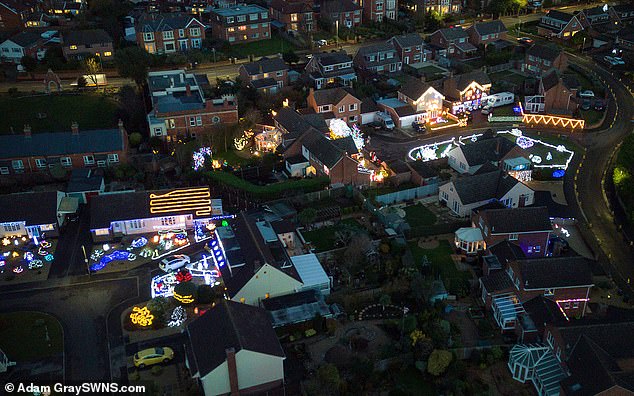 the local council has hit back and said it still supports the event – but wants to ensure safety is a priority. Some homes will still put up displays for ‘personal enjoyment’ (pictured, the display previously) 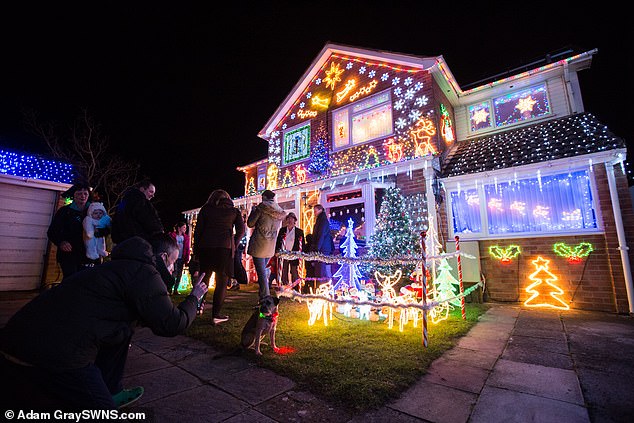 In recent years, thousands of spectators have flocked to Trinity Close in Burnham-on-Sea where residents festooned their houses and gardens with more than 100,000 fairy lights (pictured previously) 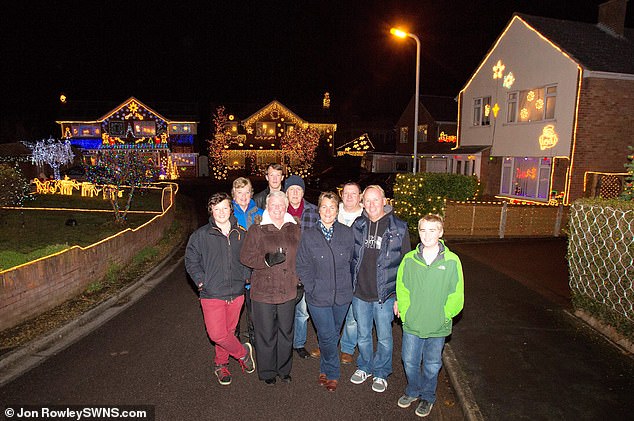 The letter was sent by Somerset County Council’s Safety Advisory Group – a group made up of local councillors, police, fire and ambulance service members that give ‘comprehensive safety advice to event organisers.’

A spokesman for Somerset County Council and Sedgemoor District Council said: ‘We’ve always been pleased to support the residents of Trinity Close with their fantastic Christmas display and worked with them last year to implement permanent traffic orders to help improve the parking situation.

‘As the display has grown in popularity we have provided advice through the Sedgemoor Safety Advisory Group to ensure they are aware of all aspects of running a safe event, not only for themselves but for all the spectators.

‘We would like to make it clear we have not advised the residents to change the display or to stop collecting money for charity.

‘The advice given to them was a reminder that that anyone putting out traffic cones in the road needs to be accredited for their own safety.

‘There are many options for this, including using accredited volunteers who would be pleased to support a popular charity event.

‘This advice is well intended and we are happy to work with the organisers to support their plans for the future.’

Safety Advisory Groups were set up in the aftermath of the Hillsborough disaster by Lord Justice Taylor.