A great-great-grandfather who became world’s oldest person to ride a rollercoaster and get a first tattoo has died at the age of 108.

Jack Reynolds, of Derbyshire, was known for his age-defying stunts to raise money for charity.

He held four Guinness World Records which he all achieved over the age of 100.

Mr Reynolds, who was dubbed the Centenarian Daredevil by Guinness World Records and was known as ‘Jack the Lad’, wanted to achieve a world record every year to raise money.

He last year appeared in the Channel 4 soap Hollyoaks in a cameo role.

Presenter Susanna Reid paid tribute to Mr Reynolds in a tweet and called him ‘an inspiration’. 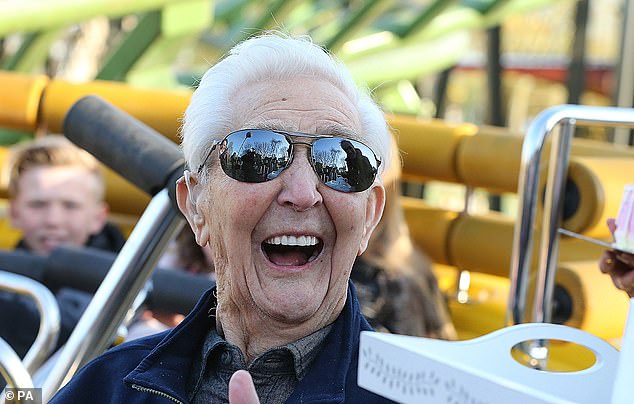 Jack Reynolds is pictured above riding a rollercoaster aged 105 and breaking a Guinness World Record. He was known for his age-defying stunts to raise money for charity

She wrote: ‘Jack was an inspiration. He remains a legend. Thank you Jack for being such a good friend of [Good Morning Britain] and [Katy Rickitt] for sharing his story. RIP Jack Reynolds and huge love to your family’.

Kate Hemingway, who works for ITV’s Good Morning Britain, wrote in a tweet: ‘Thinking of the very lovely and incredibly funny Jack Reynolds who has sadly passed away at the age of 108. Jack was a great friend of [Good Morning Britain] and I’ll never forget meeting him when he appeared in Hollyoaks.

‘Sending love and best wishes to Jayne and all of Jack’s family x’.

Mr Reynolds is survived by his children, 20 great-grandchildren, and eight grandchildren. He was also a great-great grandfather of three. 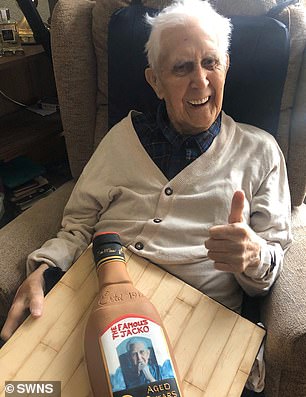 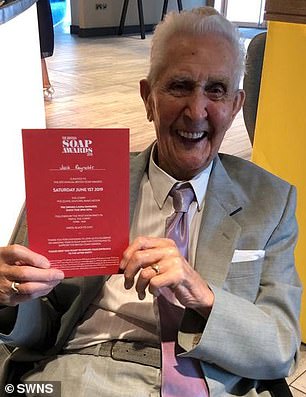 Mr Reynolds was dubbed the Centenarian Daredevil by Guinness World Records. He wanted to achieve a world record every year to raise money 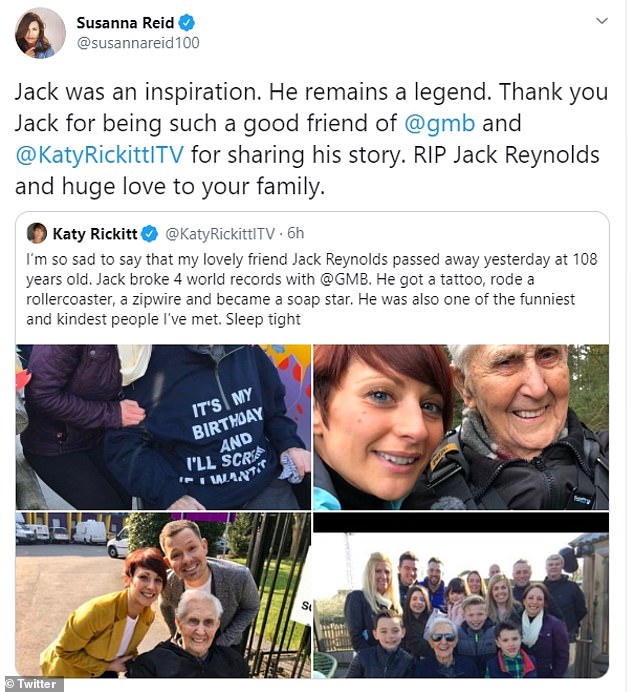 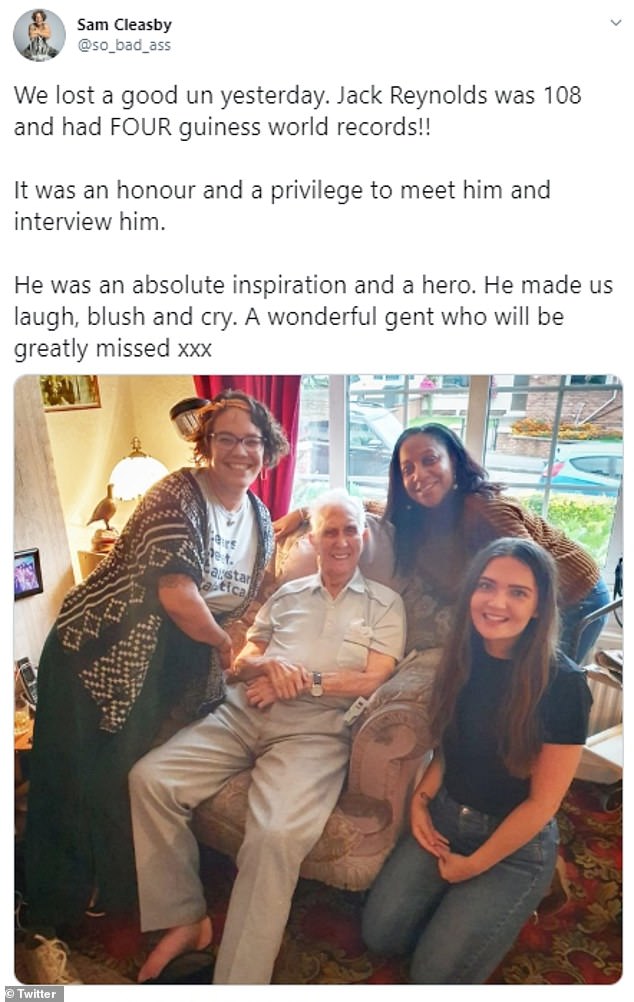