Bill Lucas might have won an Olympic medal had it not been for ‘that man Hitler’.

So when his dream of Olympic glory was scuppered after the cancellation of the 1940 Helsinki Olympics, Bill would have his revenge. As he put it: ‘I went and bombed the Third Reich instead.’

He would have to wait until the 1948 London Games before he could finally run for his country. Though well past his prime, he had by then won a very different sort of medal.

And as far as Squadron Leader Bill Lucas DFC was concerned, his Distinguished Flying Cross trumped everything.

The death of Britain’s oldest Olympian, at the age of 101, will be mourned not just across the world of athletics but also by his second family, the RAF.

The death of Britain’s oldest Olympian, Bill Lucas (pictured two years ago), at the age of 101, will be mourned not just across the world of athletics but also by his second family, the RAF

For Bill served above and beyond the call of duty. This was a man who flew no less than 81 operations over enemy territory, when aircrew were entitled to call it a day after 30.

Back in civvy street, Bill not only represented his country at the Olympics but devoted himself to his sport for possibly longer than anyone in history.

What a pity, then, that a nation that can give a knighthood to a clapped-out politician like Sir Nick Clegg or to spivvy billionaire Sir Philip Green, failed to award Bill Lucas so much as an MBE for eight decades of selfless dedication to others.

There has been no shortage of peerages for government time-servers and party donors. But for the man who was the lynchpin of one of Britain’s oldest athletics clubs? Not a squeak.

Yet here was the embodiment of the amateur spirit, serving athletics in every capacity from the Thirties until shortly before his 100th birthday (when he stepped down from the committee of Belgrave Harriers). 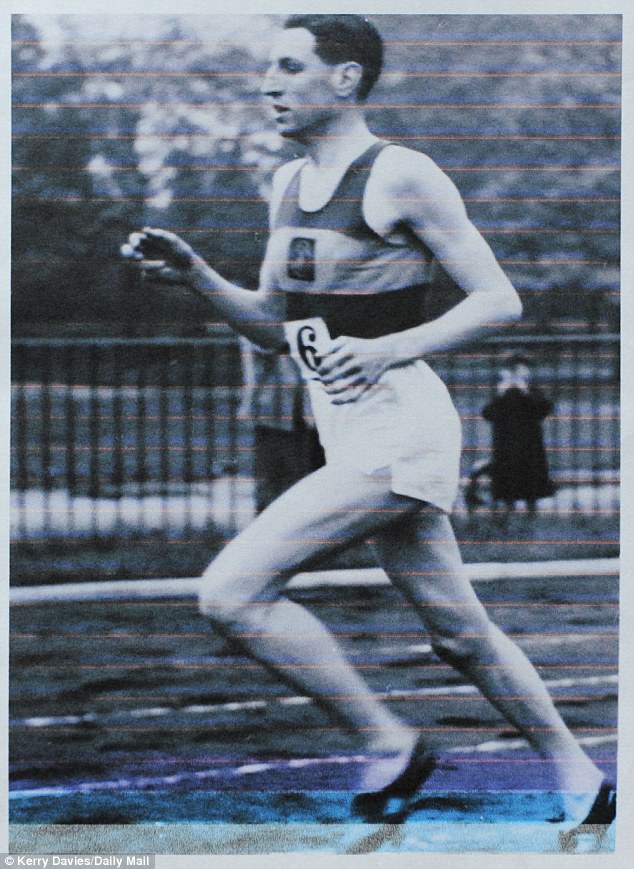 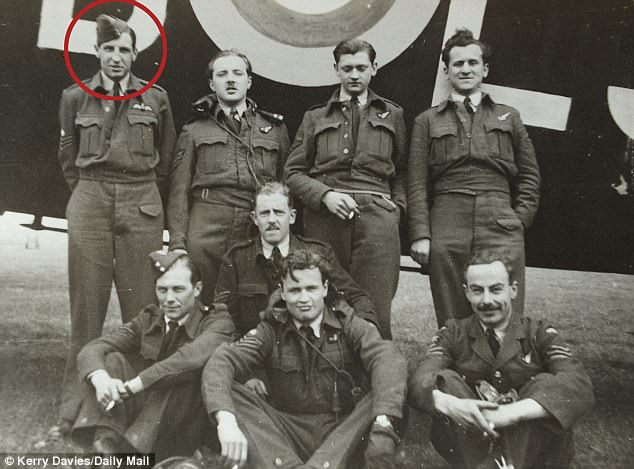 When his dreams of Olympic glory was scuppered after the cancellation of the 1940 Helsinki Olympics, Bill would have his revenge. As he put it: ‘I went and bombed the Third Reich instead.’ Bill Lucas is circled during the Second World War

Among the countless athletics meetings he helped to organise were some featuring a promising talent called Sebastian Coe. He was among the first to pay tribute last night.

‘I know how revered Bill Lucas was,’ said Lord Coe, double Olympic champion, architect of London 2012 and now president of the International Association of Athletics Federations. ‘He was of that generation who, when they felt their career was over, put so much back in to sport.’

Such was the great span of Bill’s sporting life that he regularly shared a commentary box with Harold Abrahams, the man whose 1924 Olympic success inspired the Oscar-winning film, Chariots Of Fire.

Bill Lucas’s story would make a great movie, too. It should be mandatory reading for the preening, pampered celebrity elite who constitute so many of today’s sporting ‘heroes’.

Bill’s finest hour as an athlete would come on a Saturday afternoon in July 1948 when he found himself up against the Czech legend, Emil Zatopek, at the London Olympics.

There was no limo to the track. Bill had to catch a bus, a train and the Tube to reach Wembley from his South London home. His Olympic diet consisted of whatever extra rations his mother could procure from the local butcher.

When the starting gun finally went in his 5,000 metres heat, he was no match for the great Zatopek and came seventh.

At 31, he was, in his words, ‘over the hill’ and soon back at his desk in a London insurance office. But at least he had taken part. And after what Bill Lucas had lived through, every new day felt like a miracle.

He was one of the 125,000 men who flew with Bomber Command, almost half of whom never came home. Indeed, the chances of surviving a tour of duty were worse than those of an infantryman at the Battle of the Somme. A typical tour consisted of 30 missions. By the end of the war, Bill had done nearly three.

Born during World War I, he grew up in Tooting, South London. After grammar school, he had clerical jobs before joining the London & Lancashire, an insurance company with a thriving sports club.

It was there his talents as a runner were spotted. He went on to join what was then Britain’s biggest athletics club, the Belgrave Harriers. By 1938, Bill was competing in the national championships at White City and was earmarked to run the 1,500 metres at the Helsinki Olympics. But war intervened and he was called up.

‘I didn’t like water so the Navy was out,’ he told me when I interviewed him a couple of years ago.

His father, who had won the Military Medal in the Great War, had a spot of advice. ‘He said: ‘Don’t go into the Army. It’s miserable in the trenches.’ So I joined the RAF.’ 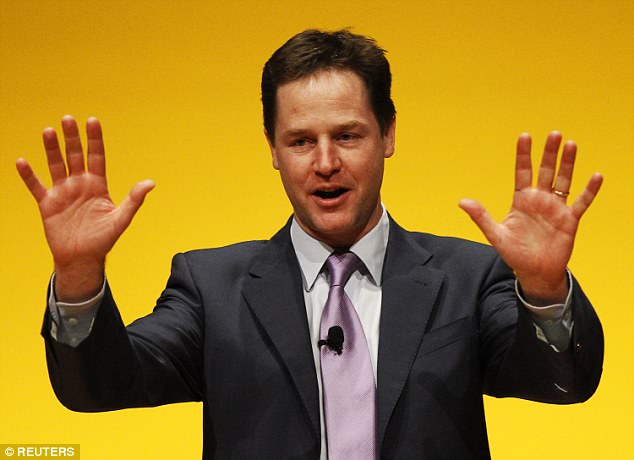 What a pity, then, that a nation that can give a knighthood to a clapped-out politician like Sir Nick Clegg (pictured) failed to award Bill Lucas so much as an MBE for eight decades of selfless dedication to others

Bill had a flair for flying, qualifying as a fighter pilot within months but it was as a bomber pilot that he made his mark.

‘We’d won the Battle of Britain and they had enough fighter pilots by then,’ he told me. Bill started flying Wellingtons and was transferred to a four-engine Stirling. He took part in all the famous ‘thousand bomber raids’ of 1942 — losing comrades all the time.

‘You never made really good friends, except your own crew. I once saw two Stirlings brought down off my wingtips,’ he recalled. ‘You lived in fear of the night fighters. The worst experience was when you got caught by searchlights. You just had to knock the hell out of the aircraft and get so low that they lost you.’

After 38 missions, he was assigned to a job as an instructor. His faithful Stirling crew, who had yet to clock up the requisite number of missions, had to complete their tour with a new skipper. Their plane disappeared on the next trip, something which haunted him for the rest of his life.

But Bill’s days in the thick of it were far from over. In 1944, he was assigned to a new, elite Pathfinder squadron, flying ahead of the main bomber formations in Mosquito fighter-bombers to identify and mark enemy targets with flares. Wasn’t that even worse? ‘Actually, it was rather a relief to fly something faster than an enemy night fighter!’

Modest talk, especially as his heroics had been recognised with the DFC and a Mention In Dispatches. Through it all, though, there was little time for athletics training. Nor was there much after the war when he returned to civilian life. 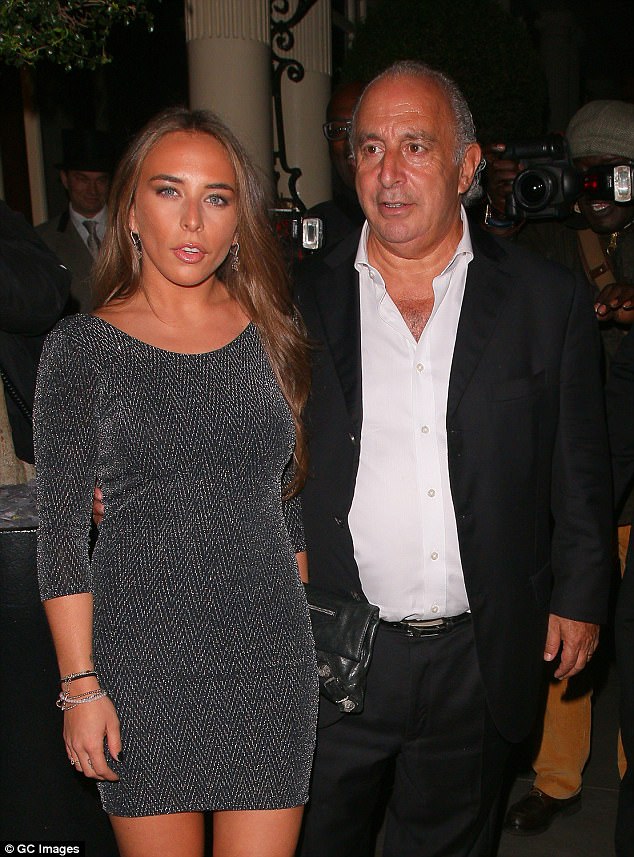 Running was entirely amateur in those days. Bill had to fit it in around his new commitments — a young wife and a new job as a surveyor with the London & Lancashire. Two children would follow. But he did his best to stay in shape.

After the Olympics, he was due to run in the 1950 Commonwealth Games in New Zealand until an injury intervened.

He would, though, remain a force at national and county level for many years. Once he had hung up his running shoes, he devoted himself to the grassroots of the sport he loved for the rest of his life.

In recent years, along with his second wife, Sheena, he also raised funds for the new International Bomber Command Centre in Lincoln.

It is astonishing that Britain’s senior Olympian never received recognition for any of this beyond a pair of free tickets to the 2012 Games.

Twice nominated by his admirers in recent years, he received nothing from an honours system that has given an OBE to Posh Spice, a peerage to football boss and reality TV star Karren Brady and a damehood to expat fashion editor Anna Wintour.

But unsung heroes like Bill Lucas would remain just that — unsung. Not that it seemed to bother him. He had his war medals, he told me, and that was what mattered most.

‘Someone once asked him what he wanted as his epitaph,’ said Lord Coe last night. ‘Bill replied: ‘He served his country well.’ You really couldn’t argue with that.’

William Ernest Lucas DFC was born on January 16, 1917 and died on March 22, 2018. Donations to the International Bomber Command Centre (internationalbcc.co.uk)