A stockbroker dubbed Britain’s Warren Buffet is embroiled in a bitter legal case against his former partner of 13 years who he accuses of stealing from him.

Terry Smith, the son of a east London truck driver, is worth an estimated £300 million and is recognised as a master stock picker.

Smith, 68, who is based in Mauritius, launched Fundsmith on November 1, 2010 and according to Hargreves Lansdown, an investor who put £10,000 into the fund at the time would have seen their stake rise to more than £62,000.

However, Smith is involved in a legal battle with Teresa de Freitas, 47, with whom he had a relationship for 13 years.

He has eight legal claims against Ms de Freitas, while she was responded with four cases of her own.

Clients have invested more than £28bn in the fund controlled by the financial guru.

Multi-millionaire fund manager Terry Smith, 68, left, is involved in a legal dispute with his former partner Teresa de Freitas, 47, with whom he had a relationship for 13 years.

According to The Guardian, Mr Smith claims Ms de Freitas embezzled money from a joint bank account which the couple used. He also accuses Ms de Freitas of stealing a number of items from the house, including power tools and a designer coffee machine.

Ms de Freitas strongly denies all allegations of impropriety and claims she is being ‘victimised for having left a powerful and rich man’.

One of the central parts of the dispute involves Ms de Freitas’ daughter, whom Mr Smith wished to adopt. He is not the biological father of the girl. 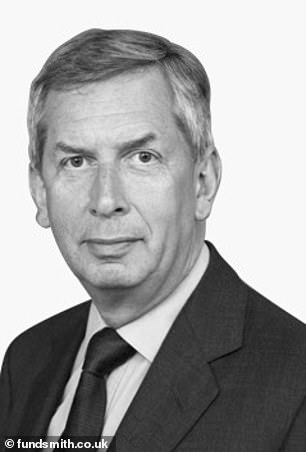 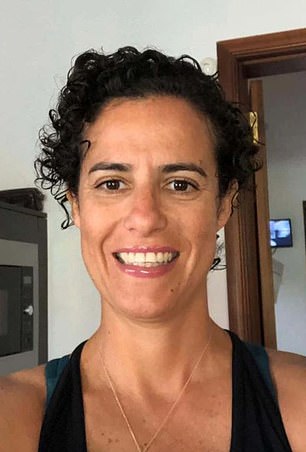 Mr Smith, left, first met Ms de Freitas in 2005 when they both worked for stockbroker Collins Stewart. They embarked on a relationship two years later and moved to Mauritius in 2014

Ms de Freitas, who is a Guyanese native, told a local newspaper: ‘Both my daughter and I have been very affected by these events. Starting with my daughter, it was a traumatic experience to discover that the man who was the main male figure in her daily life was capable of such actions, depriving her of her home, her clothes and her toys, the car she was using to get to school and finally, and mostly, responsible for causing so much pain and fear to her mother.’

Terry Smith, 68, is the son of an east London lorry driver and is today worth an estimated £300m.

He is responsible for Fundsmith which has more than £26bn under investment.

He worked for Barclays Bank having graduated from University College Cardiff in 1974 until 1983.

He moved into stockbroking in 1984 with W Greenwell & Co and later moved to Collins Stewart in 1992.

In 2000 he led a management buyout of the firm and became Chief Executive.

In 2010 he founded Fundsmith, which has grown to a £26bn investment fund.

have been frozen and she has been hit by massive legal bills which she is having difficulty in paying.

Mr Smith has treated Ms de Freitas’ child as his own since the time of her birth and wanted to continue the relationship with the child despite the deteriorating situation between himself and Ms de Freitas.

In legal papers, Mr Smith’s lawyers claim he is not obliged to provide financial support for his former partner, but he wishes to contribute to the youngster’s upbringing.

The tycoon’s legal team claims there is no power imbalance between him and Ms de Freitas.

Mr Smith moved his operation from London to Mauritius in 2014 and asked Ms de Freitas to join him in a villa located inside a luxury golf resort in Tamarin Bay.

The couple met in 2005 where they both worked for stockbroker Collins Stewart and embarked on a relationship two years later.

Documents lodged in Mauritius claim the couple’s relationship broke down in April with Mr Smith leaving the family home in May.

Following his departure, Ms de Freitas is alleged to have moved in a new boyfriend to the luxury property. Mr Smith, who owns the property, said the boyfriend should move out of the house.

As the situation deteriorated, Ms de Freitas was arrested on suspicion of stealing items from the property. She denies theft, claiming she had bought the objects in question. She was later released on bail.

According to court documents, Mr Smith alleges that Ms de Freitas had agreed to continue him access to her daughter, which she later stopped.

One document contains an email, which Mr Smith’s legal team claims was part of private correspondence and taken out of context.

In the message, Mr Smith wrote: ‘As a result of your volte face and unwillingness to even respond to proposals I have started taking action. I intend to pursue legal action against you in every respect in whatever jurisdiction you are in indefinitely. Even if I don’t win I will cause you problems for years.” It also stated: “However, I am still prepared to reach agreement with you.’