Britain’s youngest Vogue fashion model has set her sights on global stardom and wants to become an international beauty queen – at the age of just three.

Toddler Gigi Hobbs, from Plymouth, has proven a natural in front of the camera and modelled for her mum’s clothing line Gigi Vi Boutique in the advert section of three separate editions of Vogue when she was just two.

Despite having to put her fledging career on hold due to the lockdown – her mum Sophie Howard, 33, says she is now going from strength-to-strength.

The tot was recently announced as the youngest ever recipient of Miss Devon Princess and will be competing for the title of Miss UK Princess in February next year.

If successful she will then jet off to Orlando, Florida, to compete in an international competition – just a few months after she will have turned four.

Gigi Hobbs, three, from Plymouth, is the youngest ever model to have appeared in British Vogue. After winning the Miss Devon Princess this year, she wants to become Miss World 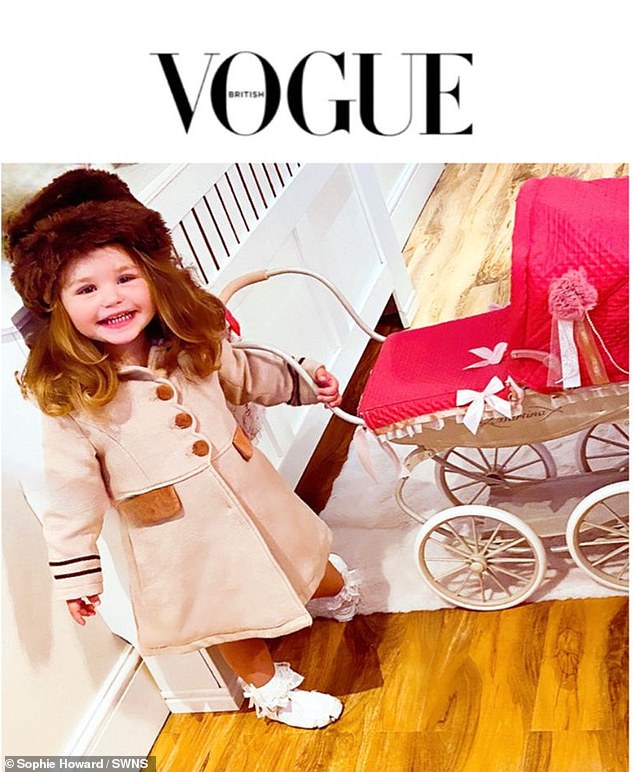 Pictured: Gigi has modelled her mother’s brand and clothes in the advert section of British Vogue three times, Sophie has said

The rise to stardom has also now seen her be invited to switch on the Christmas lights this year in her home city of Plymouth, Devon.

Despite all the limelight, Sophie said she would stop everything if her daughter no longer enjoyed it and hit back at online trolls criticising what she is doing.

‘Gigi will be turning four in December and is growing into the most unique little girl, with many great qualities,’ she said.

‘She is achieving so much at such a young age, we as a family are so proud of her. She is beautiful, pure and unique with an amazing personality and a very caring nature.

‘She continues to surprise us with her natural characteristics and confidence.

‘She is very comfortable in-front of the camera, she comes into her own and fills with excitement.’ 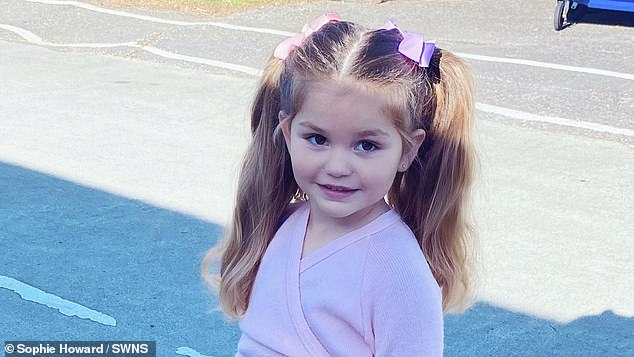 The tot, pictured, is set to compete in Miss UK Princess in February next year, but she is already thinking about competing internationally

Sophie launched Gigi Vi after struggling to find nice clothes for her children to wear, noticing a gap in the market.

She started researching clothes in Spain and began bringing them over, selling them under her brand name.

The business became increasingly popular and she was contacted by Vogue to run a piece on her business – and with Gigi being the ‘face’ of the firm she was photographed for the feature.

Sophie said that since that ‘breakthrough’ over the last year due to lockdown and Covid restrictions, Gigi’s modeling, routine and social activities were put on hold.

But this summer Gigi was asked to attend a photoshoot in Southampton, where Sophie says she ‘shone and lit up the room.’ 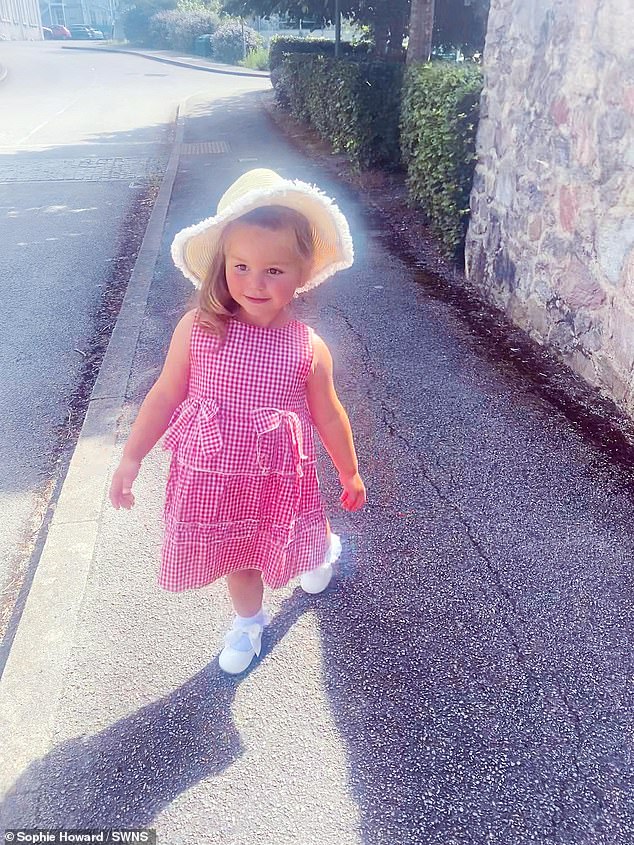 Gigi, pictured, models for her mother’s clothing brand Gigi Vi and appeared in the advert section of three separate issues of British Vogue in 2020 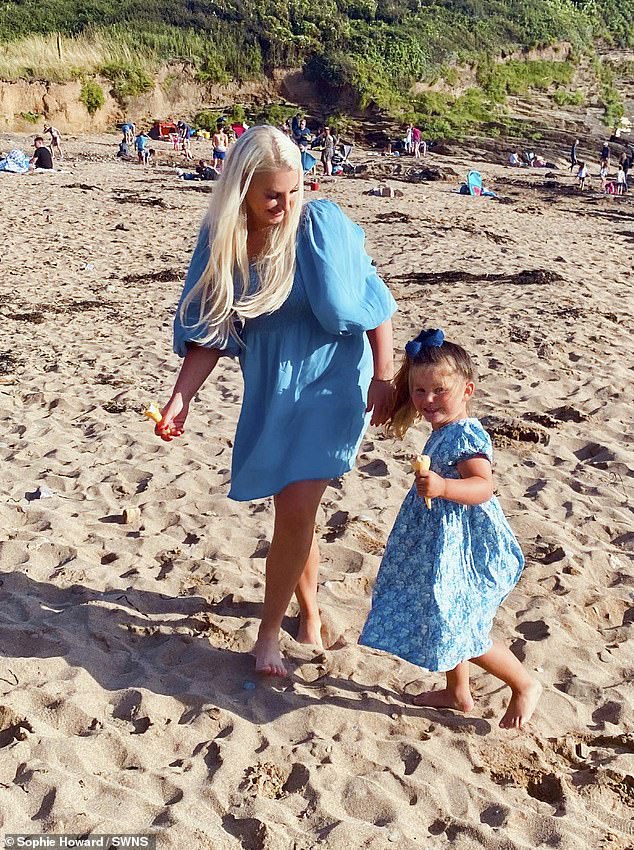 Sophie, pictured, said she has been criticised for putting up Gigi for pageants, but added her priority is to make sure her daughter is happy

As well as titling her, she is also now the youngest “Miss Devon princess” in history. Gigi now her sights set on the “Miss World Princess.”‘

Despite attracting some criticism online for what she has done, Sophie says she would not be doing it if her daughter didn’t love it.

She added: ‘Throughout this Gigi will remain grounded, dressed age appropriate, and most importantly I will ensure she is happy and content throughout.

‘Myself and my partner, Gigi’s dad, have had many conversations on Gigi’s future. 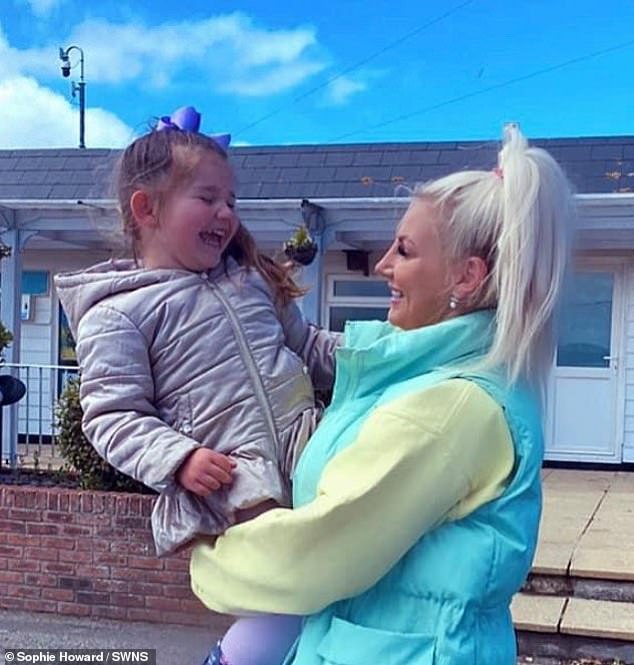 Pictured: Gigi and Sophie. While she said she has been told Gigi is ‘going places’, Sophie added she won’t force her to model if her daughter is unhappy in any way

‘We have been told by many she is special and is going places, however if we feel Gigi doesn’t seem happy in any way throughout her journey, then her modeling will not continue to be pursued. We will pull her back. Gigi’s happiness and contentment is our priority.’

Referring to the recent invitation to switch on the Christmas lights in Plymouth, Sophie added: ‘The Plymouth city council events director reached out, inviting Gigi to take the stage to switch her hometown’s Christmas lights on this year.

‘This in itself is a big achievement and experience for anyone, but at just three years old it is a great opportunity and honour to be asked.

‘Gigi is the youngest to be asked and to carry out The lights switch on in the history of Plymouth. We are very proud and excited for Gigi to take the stage in our hometown.’ 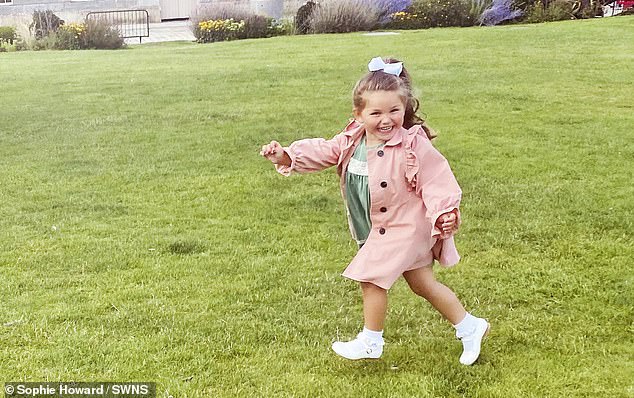 Gigi’s father Glyn said his daughter, pictured, is his ‘world’ and makes her family proud.  He called out critics who disapprove of child models

Gigi’s dad, Glyn Hobbs also hit out at trolls who had targeted the family.

‘Gigi is everything you wish for in a daughter, she’s my world and makes us so proud,’ he said.

‘We are aware many individuals have opinions on child models, however if they aren’t your children then ask yourselves, is there any need to involve yourselves by bringing negativity to something that does not concern you, affects you or harms you?’

Sophie posts pictures of Gigi’s photoshoots on Instagram where she now has 12.7k followers. It can be viewed @gigi-violet-hobbs 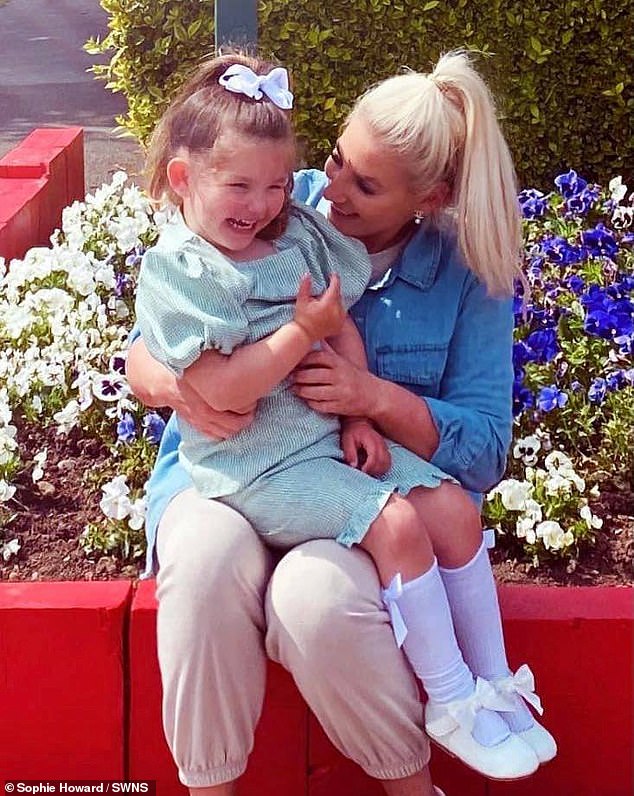 Sophie, pictured, revealed Gigi has been asked by the city of Plymouth to switch on the city’s Christmas lights this year