Britax Römer has urgently recalled one of its children’s car seats because of a ‘potential safety issue’ that was discovered during a crash test.

The global manufacturer issued the voluntary recall of certain DUALFIX products on Thursday because a component of the seat could prove faulty.

Britax Römer said the potentially affected component on the popular seat was used in production batches sold between the start of November in 2017 and up until Thursday.

Parents should immediately stop using the car seats and instead get a free exchange, the company cautioned.

Britax Romer issued a voluntary recall of certain DUALFIX car seats on Thursday. The global manufacturer issued the recall because a component of the seat could prove faulty

Britax Römer could not provide an estimate of the number of car seats that were affected by this potential issue to Mail Online.

The manufacturer said it only impacted a ‘fraction’ of the DUALFIX car seats sold during a four month span.

The company realised the issue when conducting a crash test.

In a statement provided to MailOnine, a spokesperson said: ‘Britax Römer identified the potential issue when regular, internal quality tests of the DUALFIX, conducted in their European crash test centre, produced results that did not meet Britax Römer’s high safety standards.’

They added: ‘Britax Römer identified the cause of this potential issue and can confirm that DUALFIX car seats outside of the batches involved are not affected.

‘The specific component is not used in any other Britax Römer products, including all other versions of the DUALFIX.

‘Britax Römer has not received any reports of incidents or accidents relating to the potentially affected component.’ 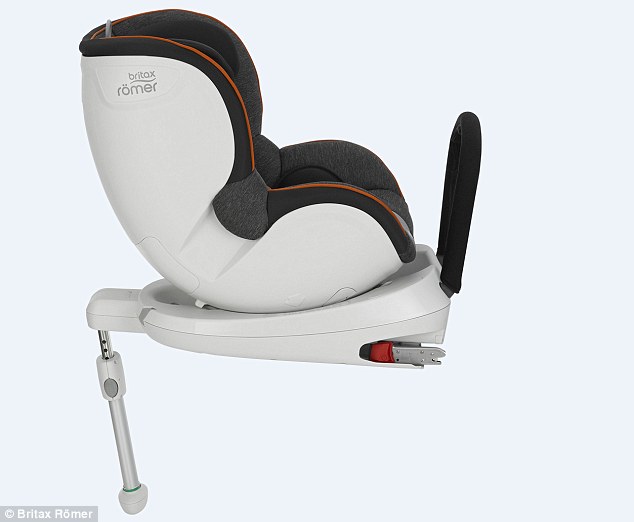 Britax Römer could not provide an estimate of the number of car seats that were affected by this potential issue. The manufacturer said it impacted a ‘fraction’ of the DUALFIX car seats

The company had a similar issue in June of 2017, recalling more than 207,000 rear-facing infant car seats because part of a clip could break and cause a choking hazard.

Britax admitted that parts were found in the mouths of three children but no choking injuries were reported.

And in February of 2017, the manufacturer recalled more than 700,000 strollers because the car seat component could unexpectedly disengage.

It had received 33 reports of car seats unexpectedly disconnecting from the strollers and falling to the ground, resulting in 26 reports of injuries to children, including scratches, bruises, cuts and bumps to the head.