James Ketchell and Norman Surplus have both reached the Pacific some nine weeks after setting out on their 4,000 mile journey as part of their round the world attempt.

The pair were stranded for several days in the world’s coldest city Yakutsk, in Siberia, as they waited for a window in the weather to allow them to safely fly east. 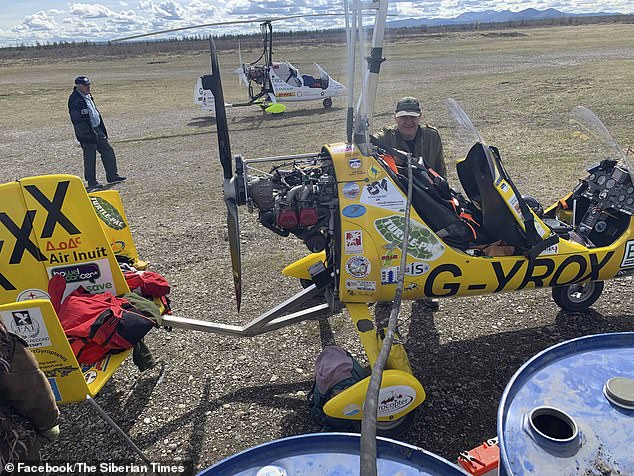 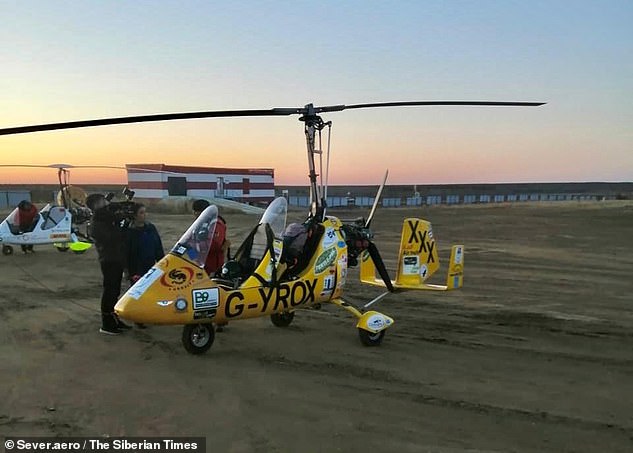 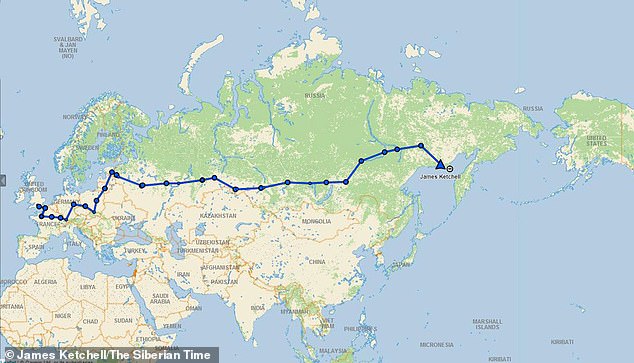 But after a gruelling two-stage flight this week they reached the bleak city of Magadan – once a transporting point for gulag prisoners – beside the Sea of Okhotsk on Russia’s pacific coastline.

Pilot Ketchell, 37, born in Basingstoke, who is raising money for charity, posted: ‘That was a tough day… great flying though, made it to Magadan… woohoo!’

After leaving Yakutsk, the pair each piloting their own gyrocopter, made a stopover at Tomtor, close to Oymyakon, the world’s coldest permanently inhabited settlement.

They had delayed this 800 mile leg of the journey waiting for clear skies before crossing the Suntar-Khayata and Chersky ridges, some of the most remote territory on the planet. 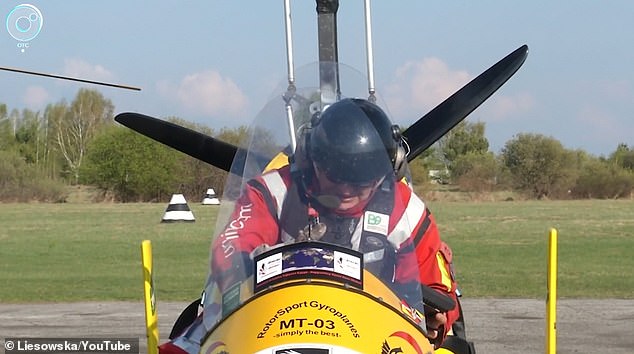 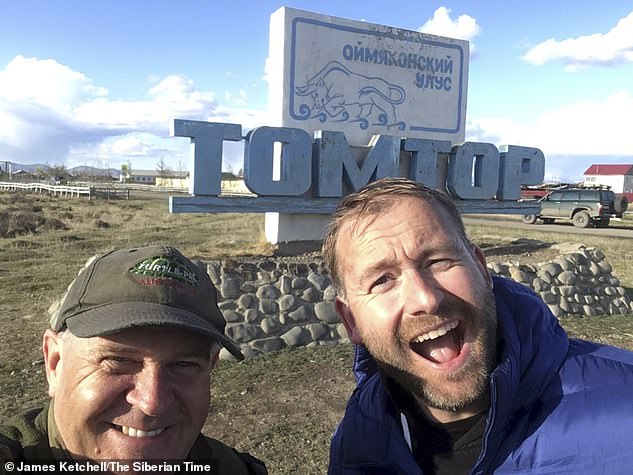 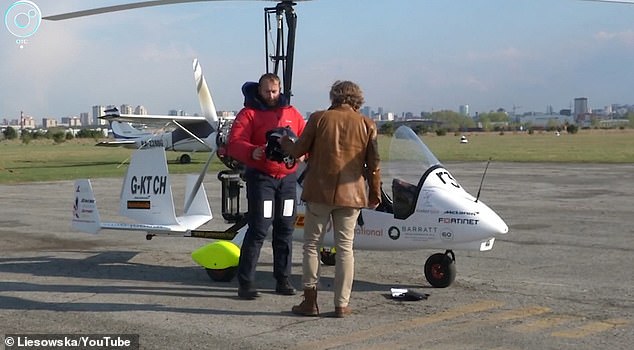 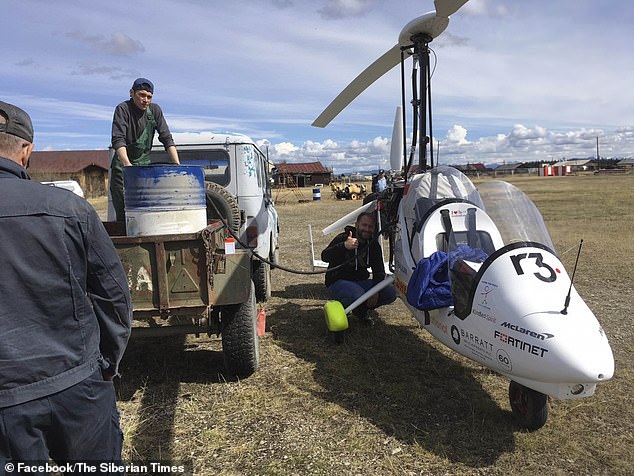 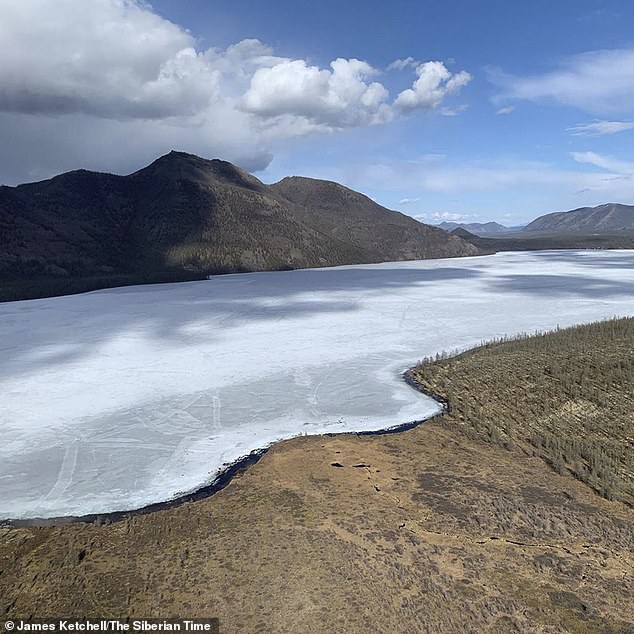 The pair were able to view the world’s largest country with a unique perspective, as seen with this view over a frozen lake on the way to Tomtor

Surplus, 56, had warned of the ‘fickleness of the weather systems’ in eastern Siberia.

Despite reaching the Pacific, the pair now face even longer flights over north-eastern Russia before crossing the Bering Strait to Alaska.

Gyrocopters travel at up to 80mph with a maximum range of 800 miles before refuelling. 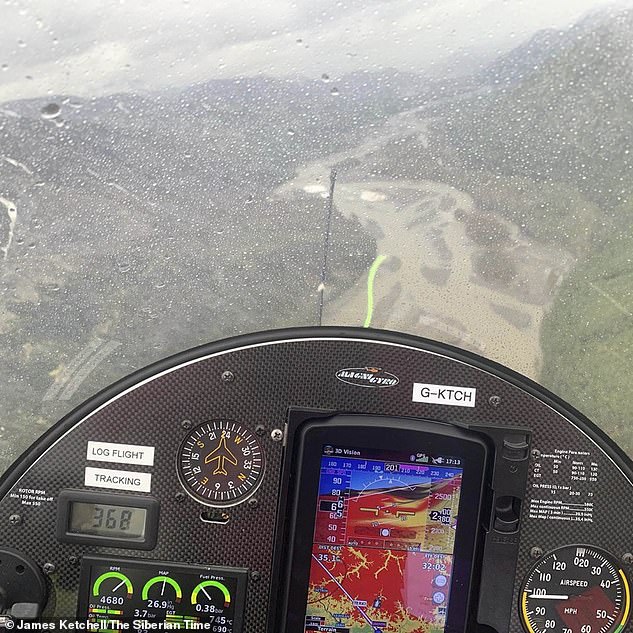 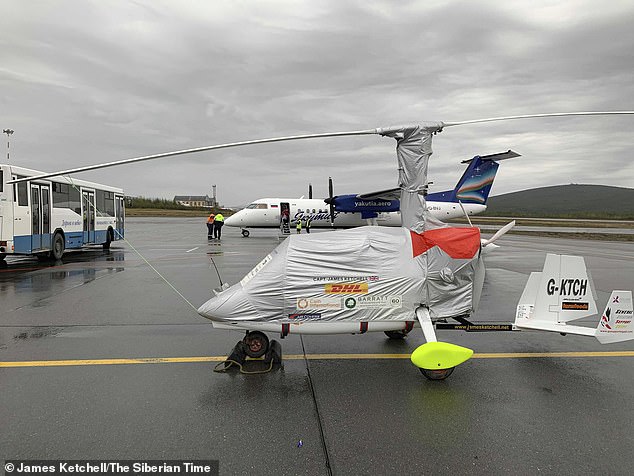 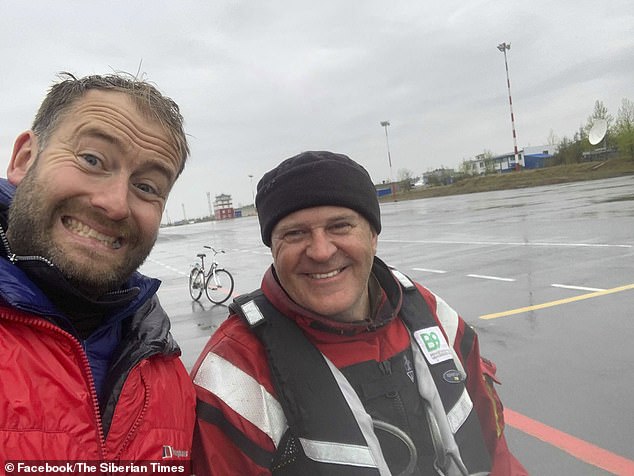 Ketchell and Surplus in Magadan, they now hope to take their aircraft northeast where they want to cross over the Bering Strait and into Alaska 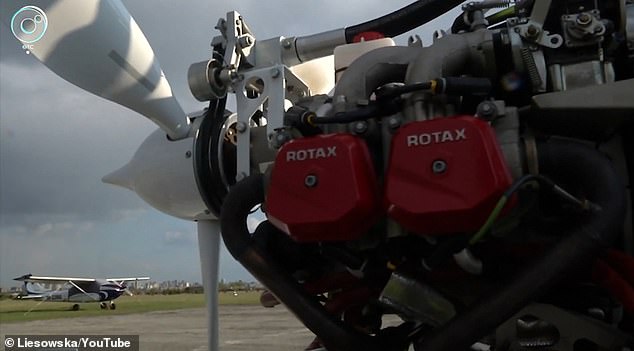 As he crossed Russia, he gave talks to schoolchildren on the trip.

In 2015, Surplus, from Northern Ireland, attempted to circumnavigate the globe in his gyrocopter but failed because Russia refused him permission to transit from Vladivostok to the Bering Sea and on into Alaska.

‘This time the pair are using a different route and are more hopeful of success,’ reported The Siberian Times. 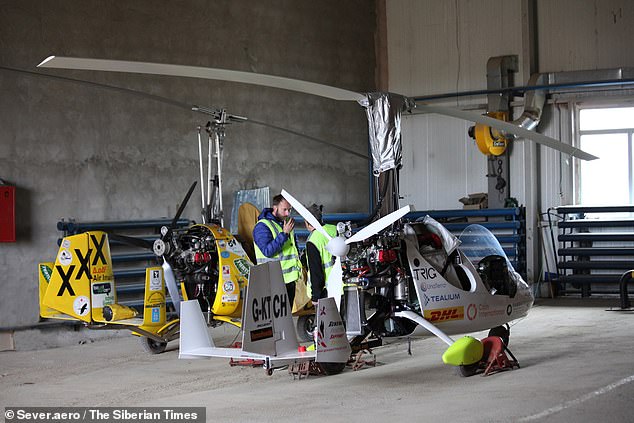 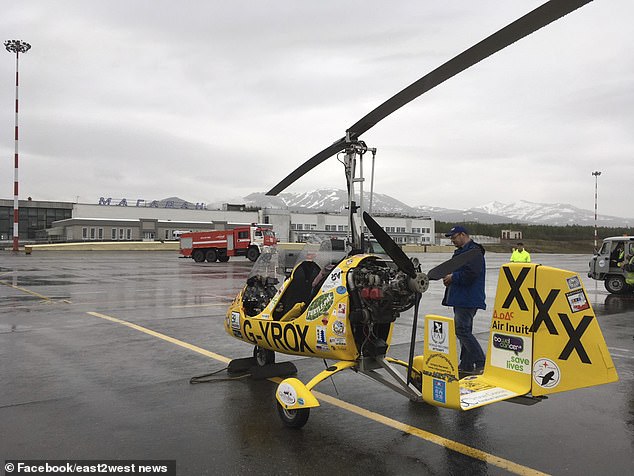 Regional TV channels in Russia have followed the pair as they crossed the world’s largest country.

One video showed them arriving earlier at Novosibirsk, the unofficial capital of Siberia.

Ketchell is raising money for Kindled Spirit, supporting and rehabilitating young victims of human trafficking and slavery, and Over The Wall, which runs residential activity camps for children with serious health issues.’