British Airways’ treatment of staff ‘is a national disgrace’, claim MPs as they accuse airline of a ‘taking advantage’ of coronavirus crisis by cutting up to 12,000 jobs

MPs have slammed British Airways for the treatment of its staff during the coronavirus pandemic, branding their behaviour ‘a national disgrace.’

Several aviation companies across the world, including Ryanair, easyJet and Virgin Atlantic, have been making staff redundant due to the lack of air travel caused by the global health crisis.

But the Commons Transport Select Committee announced that, despite job losses in the airline industry being inevitable in the current climate, BA cut 12,000 jobs and downgraded the terms and conditions of the bulk of its remaining employees.

The behaviour of British Airways towards its staff has been branded a ‘national disgrace’ by some MPs. The Commons Transport Select Committee published a report stating that BA cut 12,00 jobs and received £35million from the Government by furloughing 22,000 staff

The cross-party committee also discovered that the company received £35million from the Government as of May 14 by furloughing 22,000 staff.

The commitee report said: ‘The behaviour of British Airways and its parent company towards its employees is a national disgrace.

‘It falls well below the standards we would expect from any employer, especially in light of the scale of taxpayer subsidy, at this time of national crisis.’

British Airways had previously said it would be doing all they can to ‘sustain the maximum number of jobs’.

Committee chair and Tory MP Huw Merriman said: ‘We will continue to bring pressure where we can, including the airport slot allocation process.

‘This wanton destruction of a loyal workforce cannot appear to go without sanction by Government, parliamentarians or paying passengers who may choose differently in future. We view it as a national disgrace.’ 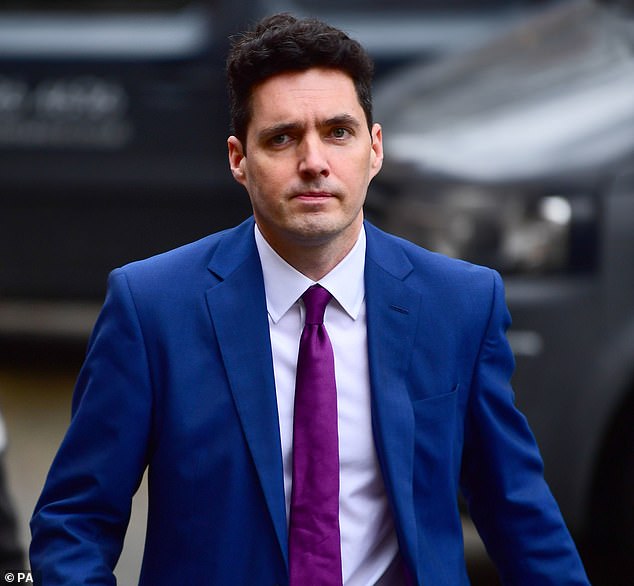 While the cross-party committee agreed that job losses in the aviation industry are inevitable due to the coronavirus pandemic, it condemned BA’s behaviour, with chair Huw Merriman describing it as a ‘wanton destruction of a loyal workforce’

Unite general secretary Len McCluskey added: ‘The case the company makes for sacking 12,000 and trashing the wages of those who stay on the workforce is full of holes because it is a transparent effort to generate profits out of a crisis.

‘BA is fooling nobody. Never before has the country witnessed such wholesale mistreatment of a UK workforce and such brutal industrial thuggery.’

The committee report also called on the UK Government to end the 14-day quarantine rule at the end of June.

The government rule began on Monday and is expected to cost the UK economy £650million. Several aviation companies, including BA, are set to legal action against the Government. 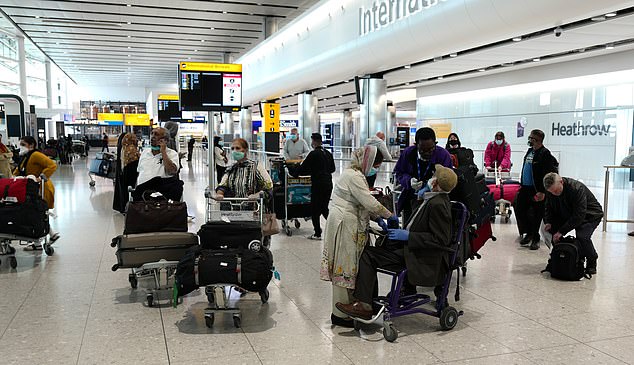 The report also condemned the Government’s decision to introduce a 14-day quarantine for all UK arrivals from June 8. The commitee called for the decision to be scrapped for the end of June

In response to the committee report, British Airways said: ‘Mr Merriman made clear several weeks ago that the Transport Select Committee’s report would be ‘fuelled by the kind and impassioned messages’ he received, rather than the facts.

‘The facts are clear. The Government has no plans to help the sector restart and recover as evidenced by the introduction of the 14-day quarantine regulation.

‘We find ourselves in the deepest crisis ever faced by the airline industry. A crisis not of our making but one which we must address.

‘We will do everything in our power to ensure that British Airways can survive and sustain the maximum number of jobs consistent with the new reality of a changed airline industry in a severely weakened global economy.’

A Government spokesman said: ‘We continue to work at speed to help protect the long-term future of the sector, however we will always put public health first, and we must not risk an extremely damaging second wave of the virus.’