A new artificial intelligence (AI) system is about to be used to predict ice loss in the Arctic, a study reveals.

The deep learning tool, called IceNet was created by scientists at the British Antarctic Survey (BAS) and has been trained with the past four decades of satellite data from the region.

It’s almost 95 per cent accurate in predicting whether sea ice will be present two months ahead – better than the leading physics-based model previously used by BAS – but it’s been trained to predict as far as six months ahead.

Sea ice in both the north and south poles naturally expands in the winter and shrinks in the summer.

But sea ice is very hard to predict because it has ‘very complex interactions’ with the atmosphere above and the ocean below.

Predictions from the AI could underpin new early-warning systems that protect communities and Arctic wildlife, such as polar bears, from the impacts of sea ice loss, experts say.

The AI is optimised for predicting sea loss in the Arctic, which has experienced ‘an unprecedented year-round reduction in sea ice’ due to human-caused global warming.

IceNet figure shows the shrinking ice in the Arctic north of Europe. Sea ice in both the north pole and south pole naturally expands in the winter and shrinks in the summer – but the overall ice has declined in the last 40 years

Deep learning is a form of machine learning (a type of artificial intelligence) concerned with algorithms.

It is a field which was inspired by the human brain and focuses on building artificial neural networks.

Processing vast amounts of complex data then becomes much easier and allows experts to trust algorithms to draw accurate conclusions based on parameters the experts have set.

Producing accurate Arctic sea ice forecasts for the season ahead is something that has eluded scientists for decades, according to BAS.

‘The Arctic is a region on the frontline of climate change and has seen substantial warming over the last 40 years,’ study author Tom Andersson at the BAS said.

‘IceNet has the potential to fill an urgent gap in forecasting sea ice for Arctic sustainability efforts and runs thousands of times faster than traditional methods.

‘IceNet actually outperformed one of the leading physics based models in these long range sea ice forecasts at two months and beyond, while also running thousands of times faster.’

Andersson said the deep learning tool could be run on a laptop, while previous physics based methods have to run for hours on a electricity-sapping supercomputer to produce the same forecasts.

The tool ‘learns’ how sea ice changes from thousands of years of climate simulation data, along with decades of observational data to predict the extent of Arctic sea ice months into the future.

‘Now we’ve demonstrated that AI can accurately forecast sea ice, our next goal is to develop a daily version of the model and have it running publicly in real-time, just like weather forecasts,’ Andersson said.

‘This could operate as an early warning system for risks associated with rapid sea ice loss.’

Sea ice, a vast layer of frozen sea water that appears at the north and south poles, is notoriously difficult to forecast because of its complex relationship with the atmosphere above and ocean below. 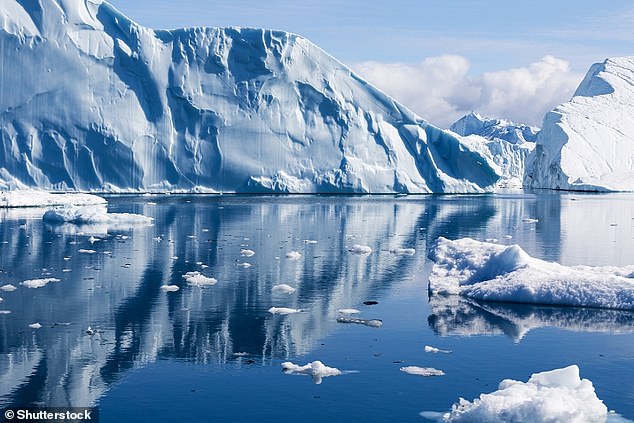 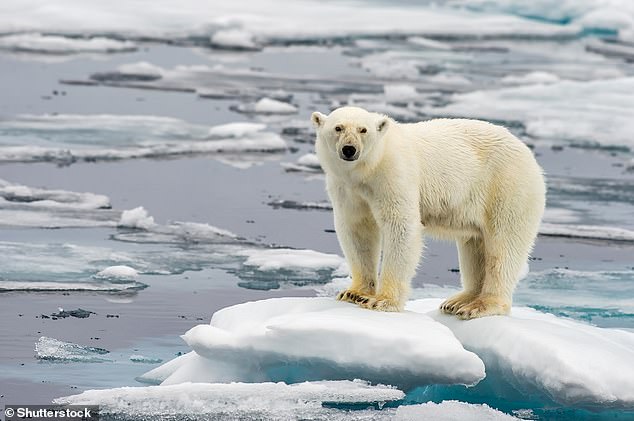 The sensitivity of sea ice to increasing temperatures has caused the summer Arctic sea ice area to halve over the past four decades – equivalent to the loss of an area around 25 times the size of Britain.

The Arctic is on the ‘frontline of global warming’ as just 40 years ago, summer sea ice was double the size it is now.

‘It’s warmed at a rate of about two to three times that of the global average and this has a significant effect on the amount of sea ice,’ Andersson said.

‘This sudden and unprecedented decline has dramatic implications for the local wildlife and indigenous human inhabitants of the Arctic.

As an example, polar bears are being forced to migrate to nearby solid land in the Arctic circle like Greenland and northern Canada, depriving them of their preferred food – blubber-rich seal.

Indigenous communities, meanwhile, have a rich and intricate culture that’s intertwined with sea ice that dates back potentially up to 40,000 years.

‘This step-change in sea ice forecasting ability brings us closer to conservation tools that mitigate risks associated with rapid sea ice loss,’ the study authors say in their paper, published in Nature Communications.

WHY DO POLAR BEARS NEED ICE TO SURVIVE?

Loss of ice due to climate change has a direct impact on the ability of polar bears to feed and survive.

The bears need platforms of ice to reach their prey of ringed and bearded seals. Some sea ice lies over more productive hunting areas than others.

Like other predators at the top of the food chain, polar bears have a low reproductive rate. One or two cubs are born in midwinter and stay with their mother for two years.

Consequently, females breed only every three years. The bears don’t reproduce until they are five or six years old.

From late fall until spring, mothers with new cubs den in snowdrifts on land or on pack ice. They emerge from their dens, with the new cubs, in the spring to hunt seals from floating sea ice.

Simply put, if there isn’t enough sea ice, seals can’t haul out on the ice, and polar bears can’t continue to hunt.