At 81, he is as busy as ever. And having painted Yorkshire, Los Angeles and London, David Hockney is off to France.

The artist – one of the greatest British painters of the past century – revealed he wants to paint spring scenes there and will rent a house there in the spring.

Hockney, who last night accepted a lifetime achievement award, explained: ‘It is the only thing I thought I wanted to do, to see the spring emerge over there.

‘There is no spring in LA. I did all the seasons in Yorkshire and it seems so right to see it in France. It will be stunning.

‘It makes me get up and have a spring in my step, the thought of being able to see spring with all its growth and beauty and to be able to record that.’

On a recent trip to Normandy, he fell in love with the 11th century Bayeux Tapestry.

Hockney received his award from Queen Sonja of Norway at the Royal Academy in London, where he was also presented with the Queen Sonja Print Award, the world’s leading prize for graphic art – and made clear it is no swansong honour.

Speaking in his London studio this week, wearing a bright cardigan and neckscarf that would not have looked out of place in one of his works, he said: ‘I have never felt better or more confident and somehow I have an energy which is still strong. 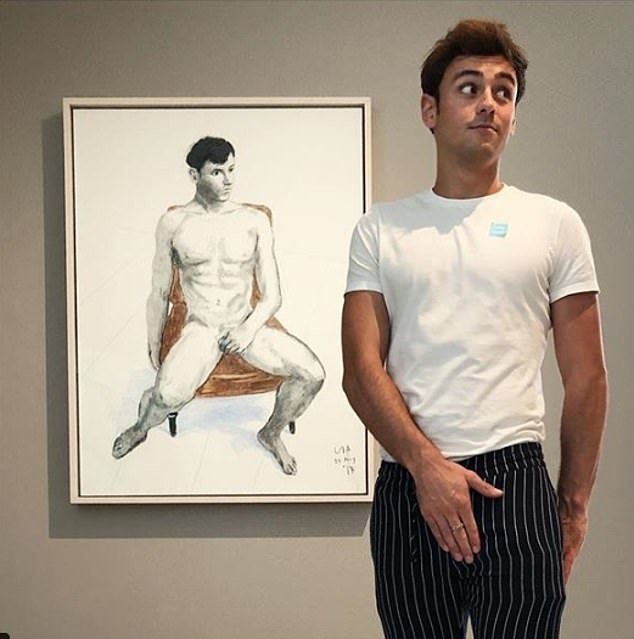 Olympic diver Tom Daley has stripped off for artist David Hockney. The charcoal drawing is now hanging in the Los Angeles County Museum of Art 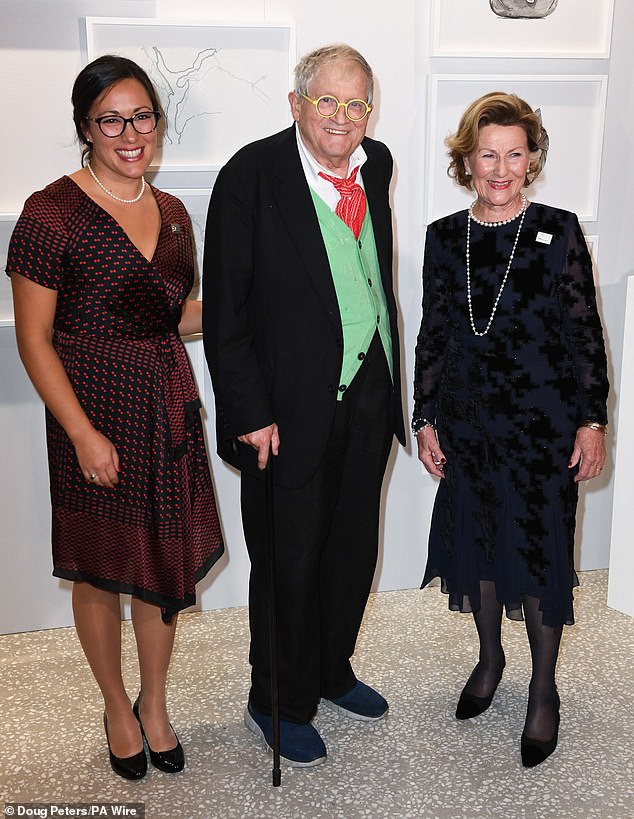 ‘I have to say that I still smoke. There may be a connection.’

He says France is ‘a lot more smoker-friendly than England. The smoking ban is really mean-spirited.’

Hockney revealed that he recently completed a portrait of the singer Ed Sheeran, featuring his numerous tattoos.

In July, he unveiled a nude of Tom Daley, and the Olympic diver has posted a picture online of himself with his nude sketch.

Next week, one of his most famous works – 1972’s Portrait Of An Artist (Pool With Two Figures) – is expected to fetch £60million at Christie’s in New York, a record for a work by a living artist.

And in March an exhibition of his art alongside the works of Van Gogh opens in Amsterdam.