Wesley Bate, 42, fell from the vessel in waters around Koh Samui island on Monday

A British-Australian tourist has been missing for two nights after a falling into the sea during a ‘drunken’ speedboat trip around a Thai island.

Wesley Bate, 42, was flung from the vessel in waters around Koh Samui island on Monday after the captain said he and his four friends ignored repeated warnings not to sit on the bow of the boat without life-jackets.

Chaktham Jaijong, 23, said he asked the group of four men and one woman to move to the passenger seats inside as they journeyed over windy and choppy waters.

Chaktham claimed the group – who had hired the boat to go snorkelling and sightseeing – were already drunk when he collected them earlier in the day. 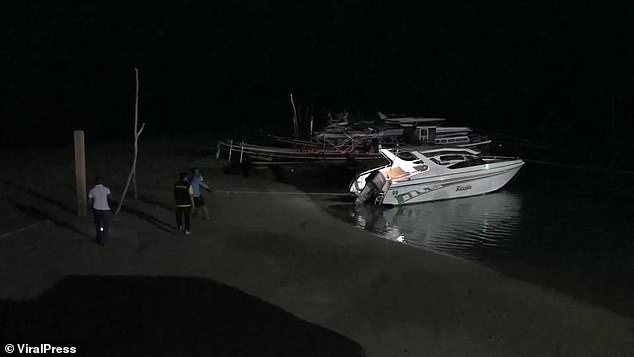 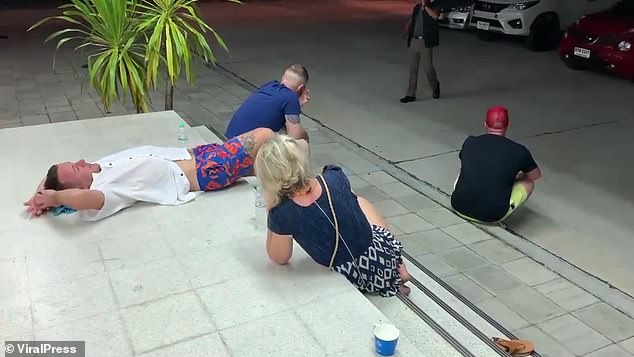 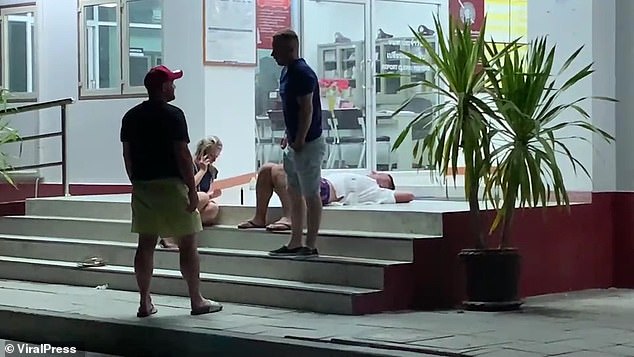 Mr Bate is understood to have been thrown into the water while the group were returning back to the island a couple of hours before sunset, at around 4pm local time.

Police, coastguards and fishing boats have now been searching for the holidaymaker since Monday afternoon without success.

The boat’s captain, who was quizzed by police on Tuesday, said: ‘They didn’t listen to me when I told them to sit properly because it was very dangerous to sit on the boat’s head.

‘They looked very angry, so I didn’t want to keep bothering them, so I just let them sit there.’

Chaktham said that he had taken the group on a trip from Koh Samui to Koh Tean, which is also surrounded by several small uninhabited islands.

But the rough weather began tossing the boat when they returned, the missing man is said to have lost his balance and fell into the sea in front of his friends. 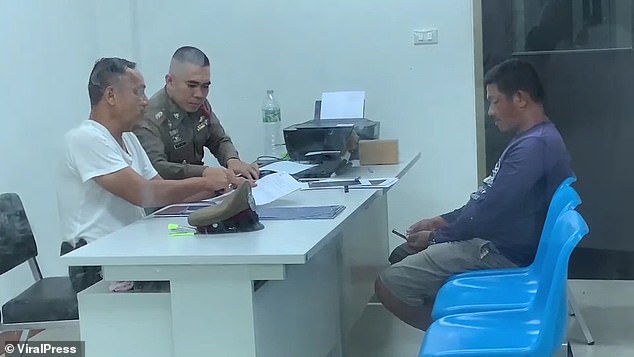 Boat captain Chaktham Jaijong, 23, is quizzed by police after the incident – he said the passengers were already drunk when he picked them up 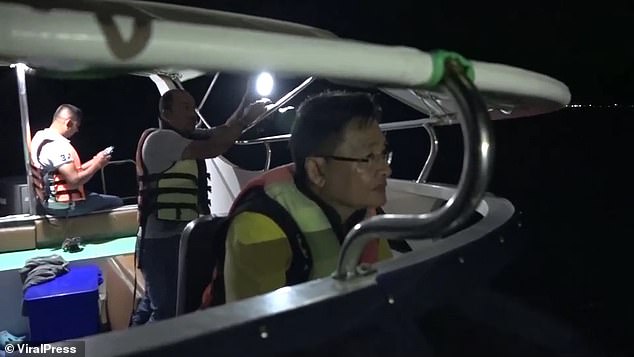 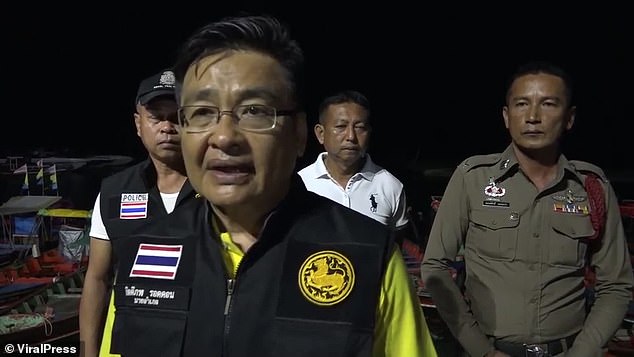 Police Major Worasak Akarakul, the inspector of Koh Samui police station, said on Wednesday that they had still not found the tourist

Chaktham told police he stopped the boat and sailed around the area where he believed the man had disappeared. Mr Bate was still not found after three hours of searching with help from nearby fishermen.

The rest of the tourists were dropped off at the island of Koh Samui before the boat captain reported the missing man to the sheriff and the police.

Officials spent another two hours looking for the tourist before they decided to delay the search due to the wind and darkness.

The operation with Department of Disaster Prevention and Mitigation help, including rescuers and divers, resumed at 9.30am of the following day.

Police Major Worasak Akarakul, the inspector of Koh Samui police station, said on Wednesday that they had still not found the missing man.

He said: ‘Officers have questioned the boat captain and the owner of the vessel. Their statements will form part of the investigation.

‘Rescue teams are co-operating to search for the tourist and all vessels in the area have been notified alerted.’

A Foreign & Commonwealth Office spokesperson said: ‘We are in contact with the Australian embassy in Thailand, which is leading on a consular case following an incident involving an Australian-British dual national.’