An orphan who became a straight-A student and won a place at Oxford University is facing deportation from Britain.

Friends of 21-year-old ‘genius’ Brian White are campaigning for a change to his immigration status that will allow him to stay legally in the country, where he has lived for five years.

More than 70,000 people have already signed a petition launched last week to help keep him in the UK.

Brian White (left), a Zimbabwean orphan who became a straight-A student and won a place at Oxford University, is facing deportation from Britain 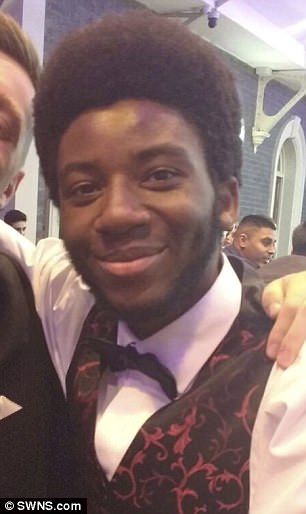 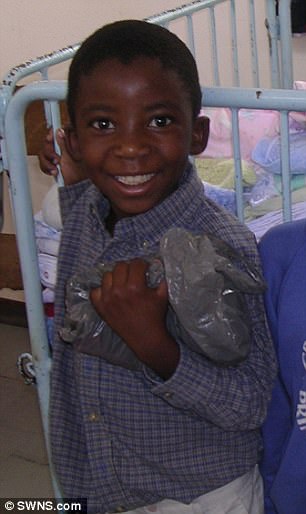 His friends are now campaigning for a change to his immigration status that will allow him to stay legally in the country, where he has lived for five years

Mr White is up against the clock because his place studying chemistry at Lady Margaret Hall is due to expire. It was when he tried to take up his place at Oxford that he found he was ineligible to receive student finance because of his immigration status.

While he was able to defer his place for 12 months, the deadline is now looming ahead of the start of the new academic year.

He believes that if his latest application to the Home Office fails he could face deportation back to Zimbabwe.

Mr White, from Wolverhampton, said: ‘I haven’t been there in seven or eight years, I don’t know anybody there. I don’t have any connections.’

His plight has earned backing from writer Caitlin Moran, who called him a ‘maths genius’, and best-selling author Philip Pullman. His local MP, Labour’s Eleanor Smith, has added her voice to the campaign.

Mr White was abandoned as a baby and grew up in an orphanage in Zimbabwe until he was six.

A missionary impressed by his intellect introduced him to British-born Peter White and his wife Thoko, who have two biological sons, John and Stephen.

Brian White said he was fostered by the couple and then adopted. The family moved to Botswana before coming to the UK. Mr White arrived here when he was 15. His supporters say that it was at that stage he should have been given indefinite leave to remain.

But he was instead given limited leave to remain. The problem first reared its head when a naturalisation application by the Whites for him to become a British citizen was rejected.

After studying for his A-levels, where he got three A*s and an A in triple science and maths, he found he had no legal right to settle permanently.

Mr White said: ‘It’s had a massive impact and put a big question mark over my future.’

His school friend, Luke Wilcox, 19, started the petition at change.org last week to publicise his plight. Mr Wilcox, who is studying law at Bristol University, said: ‘It’s common sense to allow him to stay. 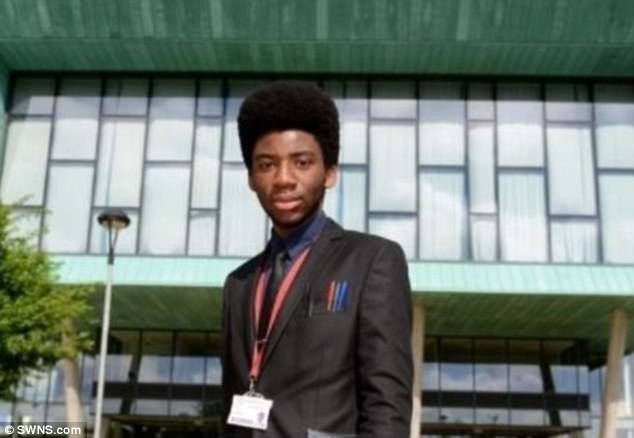 ‘He’s going to be a big asset to this country. So many people have said the situation is crazy. We want the Home Office to show some compassion.’

A Home Office spokesman said: ‘We understand the urgency of Mr White’s case and are looking to resolve his application as soon as possible. Brian entered the UK in 2012 as the dependant of his parents.

‘In 2014, he applied for naturalisation as a British citizen, which was refused as he did not qualify under the immigration rules. In April 2017 he submitted a further application for leave [to remain] under a different category. This remains under consideration.’