British diplomat’s husband ‘attacked her because of what she was wearing’ at their New York home, say prosecutors as he appears in court charged with assault

The husband of a British diplomat has been accused of beating up his wife at their New York home over the clothes she was wearing during an evening out.

Youssef Amrouche was charged with felony assault and harassment over the alleged incident at the couple’s apartment in Turtle Bay in Midtown earlier this month.

The 37-year-old was initially not charged over the alleged attack due to his wife’s diplomatic immunity, but in a rare move, the UK authorities rescinded this protection allowing criminal proceedings against him to be launched.

The victim, who works for the UK ambassador to the United Nations and whose identity has not been revealed, was allegedly left with redness and swelling to her face.

She works as a secretary for a UK diplomat to the United States, and met Amrouche when she was stationed in his home country of Morocco, the New York Post reports. 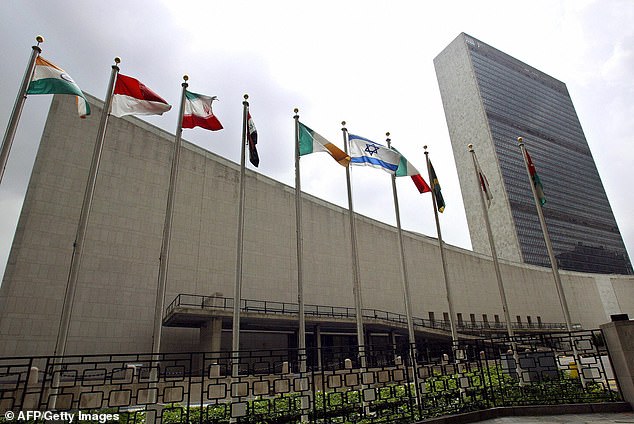 Prosecutors allege Amrouche got into an argument with his spouse in their apartment on December 8 over the clothes she had worn out that evening.

He allegedly then slapped her, put her in a headlock and dragged her around their apartment.

Amroche was not arrested when police arrived at the scene but was then taken into custody when his diplomatic immunity was waived on Tuesday and he was charged by police.

The New York District Attorney sent a letter to the Mayor’s Office for International Affairs in a bid to get the office to appeal to the State Department for help getting the British authorities to let him prosecute.

A Foreign and Commonwealth Office spokesman told MailOnline: ‘We do not comment on individual cases.

‘Where a crime is alleged, the Foreign and Commonwealth Office has processes in place for waiving immunity as appropriate and where requested.’ 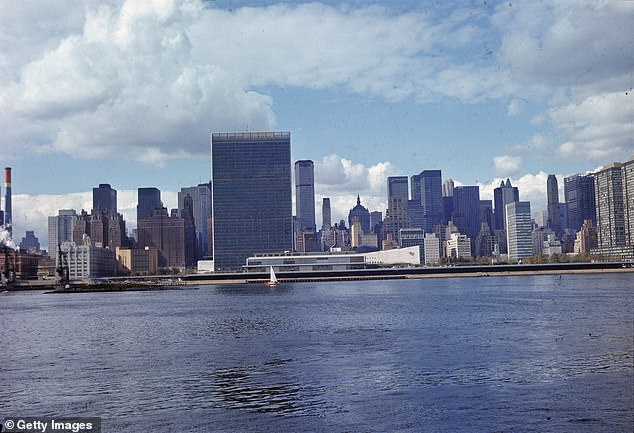 Amrouche appeared before a judge for the first time in relational the case today and was arraigned on $7,000 bail in the Manhattan Criminal Court.

Under international law certain foreign government officials are not subject to the jurisdiction of local courts.

The US State Department gives certain immunities and protections to members of foreign diplomatic missions and consulates and often extends it to their spouses, children and family if they are a high ranking official.