British expat, 25, shares six things that surprised her about moving to Australia – from traffic lights to door locks and road rage

A British expat has listed six culture shocks that surprised her most since moving to Australia.

Charlee moved from London to Sydney in November and posted a TikTok on Wednesday detailing what she wasn’t prepared for.

The 25-year-old said she looked foolish when driving as the traffic lights and car indicators differ from the UK, and she thought ‘how are you going?’ meant ‘where are you going?’

‘If you’re thinking about moving to Australia, here’s some things you definitely need to know,’ she said. 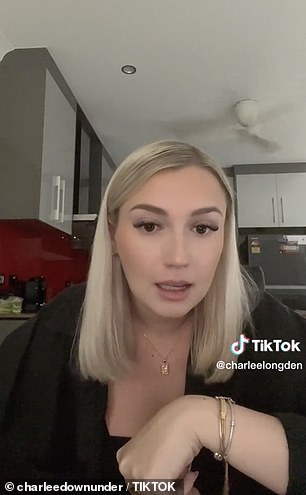 Expat Charlee (pictured) moved from London to Sydney in November and shared six things that have shocked her most about living in Australia. The 25-year-old said she looked foolish when driving as the traffic lights and car indicators differ from the UK, and she thought ‘how are you going?’ meant ‘where are you going?’

First, Charlee admitted she didn’t quite understand some of the general terms used in everyday language.

‘When I first came here in November and people were asking me how I was going, I told them I was going to the supermarket. They looked at me like I was a crazy person,’ she said in the clip.

‘I do now understand what this means – it means “how are you doing?”‘

Next, Charlee said at first she has trouble opening doors due to the type of locks used in Australia.

‘In the UK, most doors lock with a latch,’ she said.

‘Now I’m not a locksmith, however, I can tell you in every country I’ve ever been to if you want to unlock the door, you turn the key towards the centre of the door and the latch lifts up.

‘Please don’t do that in this country. You look like an idiot and it’s the wrong way round.’

Charlee came to understand that most doors Down Under require the key to be turned outwards from the door, not inwards.

What are six culture shocks in Australia?

Traffic lights – British expat Charlee said in the UK drivers know when the light is about to turn green because the amber signal shines at the same time as the red, then turns green

Door locks – in Australia most doors unlock by turning the key outwards, not inwards towards the door

Mullets – a lot of people in Australia opt for this hairstyle

Charlee was also caught off guard while driving, as in Australia the indicator is typically located on the right side while in the UK and most of Europe it’s on the left – but this depends on the brand.

‘When I go to indicate I set my wipers off like f*cking crazy,’ she said.

‘This is one of the things that’s still throwing me [off] and I’ve been driving here for 10 days now.’

Charlee also mentioned how ‘crazy’ Aussies can get in peak-hour traffic when driving home after work to get into their ‘flip flops and singlets’. 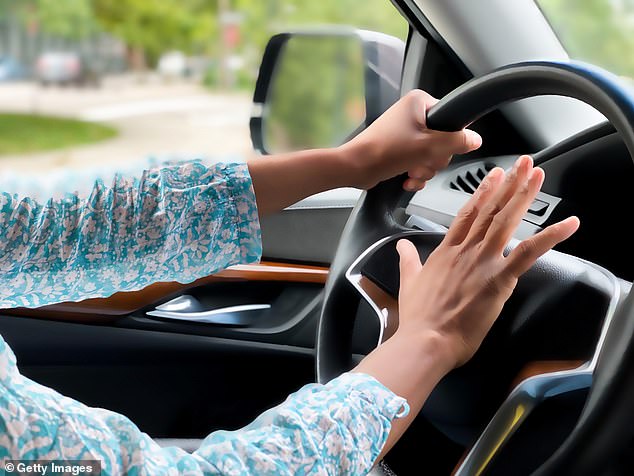 Charlee was caught off guard while driving, as in Australia the indicator is located on the right side while in the UK and most of Europe it’s on the left. She also mentioned how ‘crazy’ Aussies can get in peak-hour traffic when driving home after work (stock image)

Charlee said she’s been beeped at by Aussies for being too slow at intersections when the lights turn green.

‘Usually in the UK, it (the lights) turns red and amber at the same time so you know it’s about to turn green,’ she said.

‘It doesn’t do that in this country – it just shoots from red to green straight away.

Charlee said this give you no opportunity to change the song because you might miss when the lights turn green.

For the final two culture shocks, Charlee said dairy milk tastes like ‘off Halloween chocolate’ and how a lot of people have mullets.

Overnight the video has exceeded more than 250,000 views and left hundreds in stitches.

‘I’ve laughed so hard at this. I totally forgot about some of the things,’ one woman wrote.

Another said: ‘I still don’t know how to reply when a Brit says ‘you alright?’ So there’s that.’

Others pointed out how the side the car indicators are on depends on the make of the car.