A British expat has issued a stern warning to tourists, revealing the top three things they should never do when visiting Australia.

Queensland radio host Jordan Grace – known online as That British Girl – took to social media this week to share her experiences of living in Australia.

Posting to her hundreds of thousands of TikTok and Instagram followers on Monday, Ms Grace shared an entertaining video outlining her top tips for travellers planning on visiting the country.

The Sunshine Coast woman’s first warning was for visitors to refrain from complaining about the scorching Aussie heat.

‘Don’t complain about how hot it is,’ she said.

‘We all know Australia’s hot. It’s half a mile from the surface of the sun, that’s why it takes so long to fly here.’

She said it would not ‘go down well’ with locals if all tourists did was complain about the heat.

She jokingly encouraged visitors to ‘ignore the boob sweat, smile and carry on’. 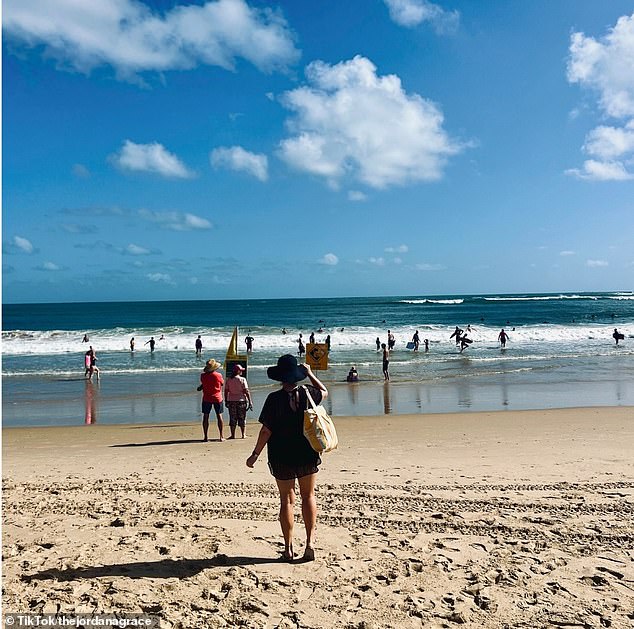 ‘If you’re feeling really hot, just do what we do and hang out in the freezer aisle at the supermarkets.’

Ms Grace’s second rule was to never ask where the nearest Starbucks is, explaining it would be an insult to Australians, who ‘invented the beloved flat white’.

Instead, she recommended tourists approach a local Aussie to find out where the best coffee in town was. 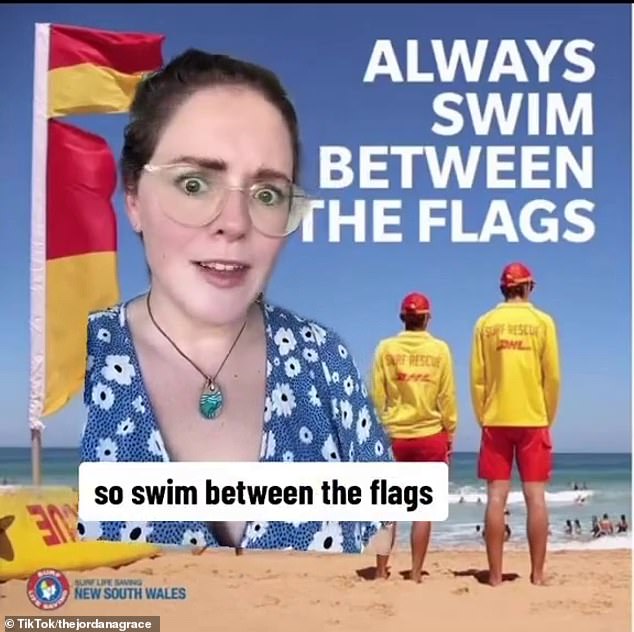 ‘Don’t swim outside the flags,’ she cautioned.

‘The sea in Australia is a beautiful beast, gorgeous, but the people who get into the most trouble in the water are tourists.’

She added that the lifeguards ‘aren’t just there to be pretty’.

‘They’re there to help you swim safely. So swim between the flags because you don’t want them yelling at you.’

Ms Grace’s followers strongly agreed with her last point, with many echoing the importance of swimming between the flags at patrolled beaches.

Surf Life Saving Australia has issued a reminder to people about the dangers of swimming outside the flags, as Australians get ready for the Australia Day public holiday on Thursday.

There have been 48 drownings in Australian waterways this summer with most of them occurring on the coast.