British Fashion Awards 2022: Abbey Clancy shows off her glamorous sense of style in a floor-length red dress with structured detail

Abbey Clancy looked sensational as she stepped out to the British Fashion Awards at the Royal Albert Hall in London on Monday.

The model, 36, put on a busty display as she wore as she posed in a floor-length red dress which featured a low-cut neckline.

A gap in the middle left her skin on show, with the top being clasped together at the centre. 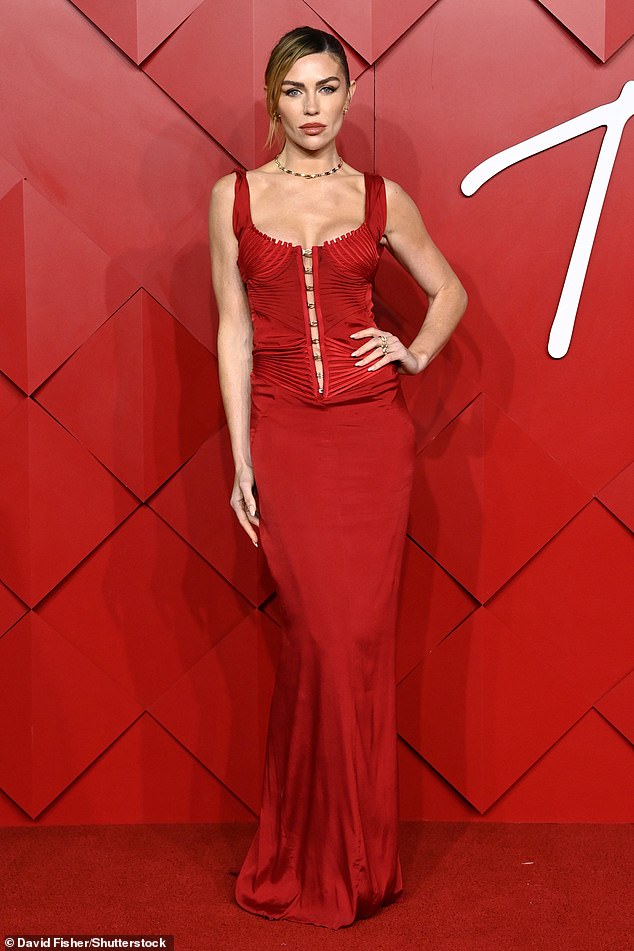 In style: Abbey Clancy, 36, looked sensational as she stepped out to the British Fashion Awards at the Royal Albert Hall in London on Monday

The upper section featured some structured detail at the neckline while a ribbed texture was visible at the stomach.

Television personality Abbey – who was spotted with her glamorous mother last week – wore lashings of make-up to highlight her pretty features, opting for a pink lip for the evening.

She cut a statuesque figure as she stood on the red carpet, confidently posing with her hand on her hip. 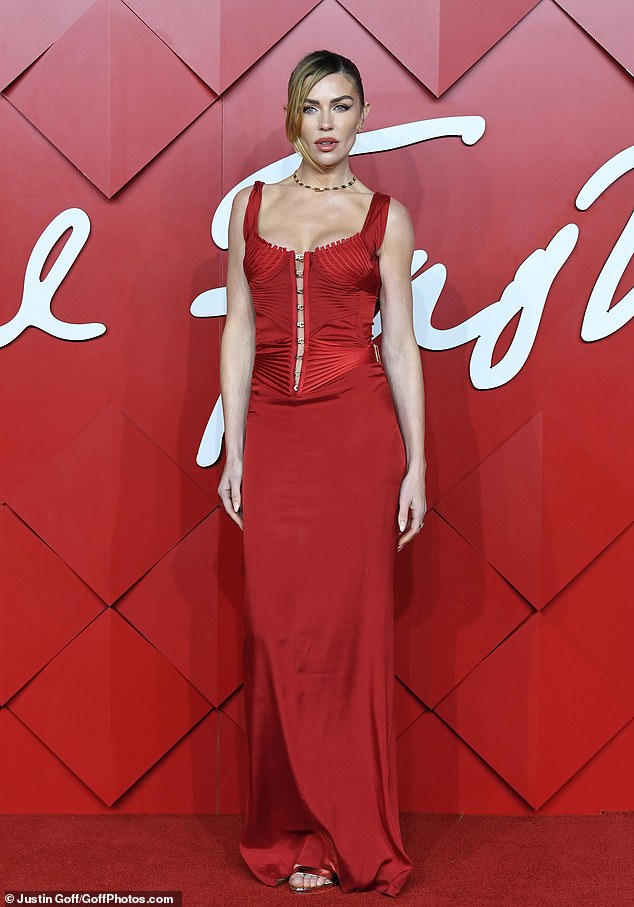 Fashion focus: The model put on a busty display as she wore as she posed in a floor-length red dress which featured a low-cut neckline

The 2022 Fashion Awards returned to the iconic London venue The Royal Albert Hall on December 5.

The star-studded event was hosted by British and Jamaican activist and actress Jodie Turner-Smith and will be presented by Diet Coke.

The event, one of the most anticipated moments of the global fashion calendar, celebrates fashion at the intersection of culture and is a global entertainment platform for brands, creatives, designers, artists and tastemakers who come together to celebrate the industry. 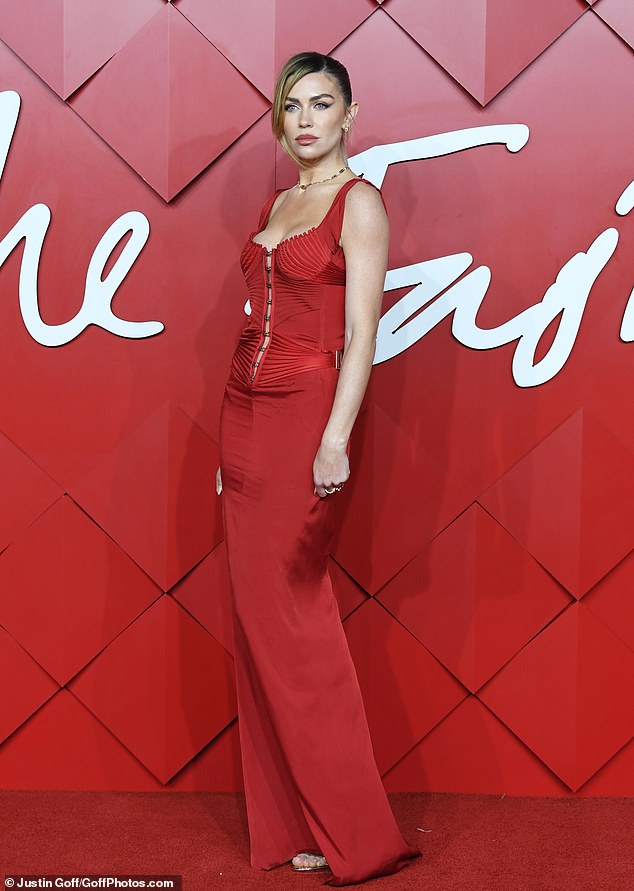 Glamour puss: A gap in the middle left her skin on show, with the top being clasped together at the centre 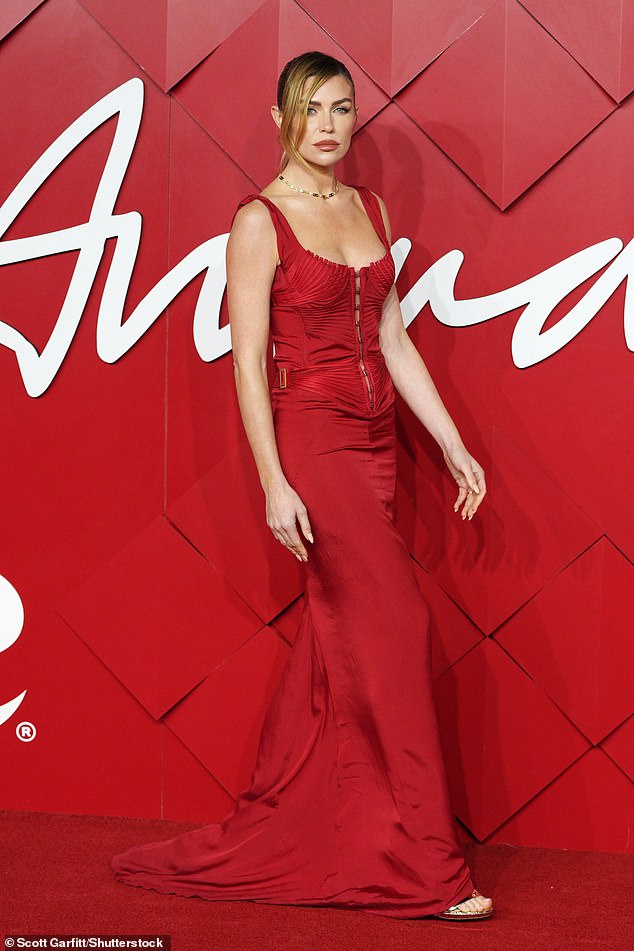 Strike a pose: The upper section featured some structured detail at the neckline while a ribbed texture was visible at the stomach

The Awards is a fundraiser for the BFC Foundation (British Fashion Council) and focuses on celebrating excellence in the fashion industry and supporting the future pipeline of creative talent.

The ceremony was first established in 1989 in a bid to spotlight those making impressive contributions to the industry.

The Model of the Year Award recognises the global impact of a model who over the last 12 months has dominated the industry, with an influence that transcends the catwalk. 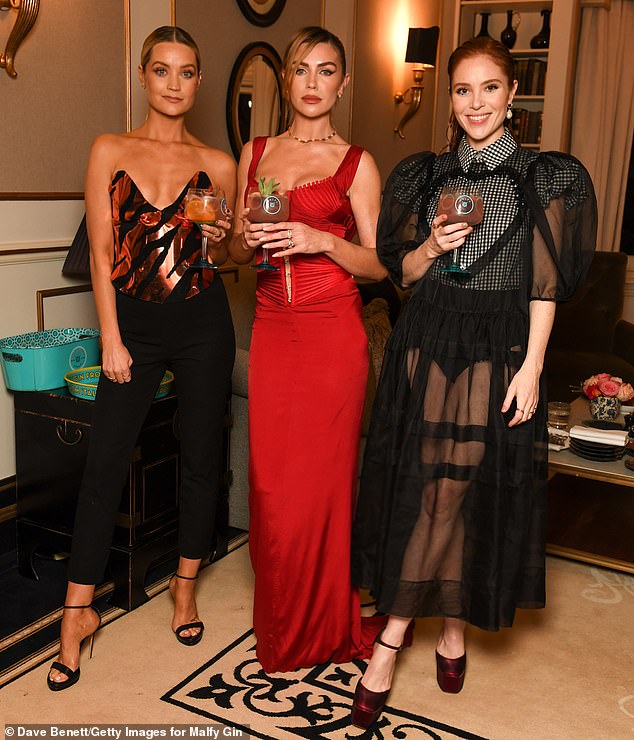 Cheers to that! Abbey joined Laura Whitmore and Angela Scanlon as they enjoyed a selection of MALFY cocktails at 11 Cadogan Gardens prior to leaving for the awards 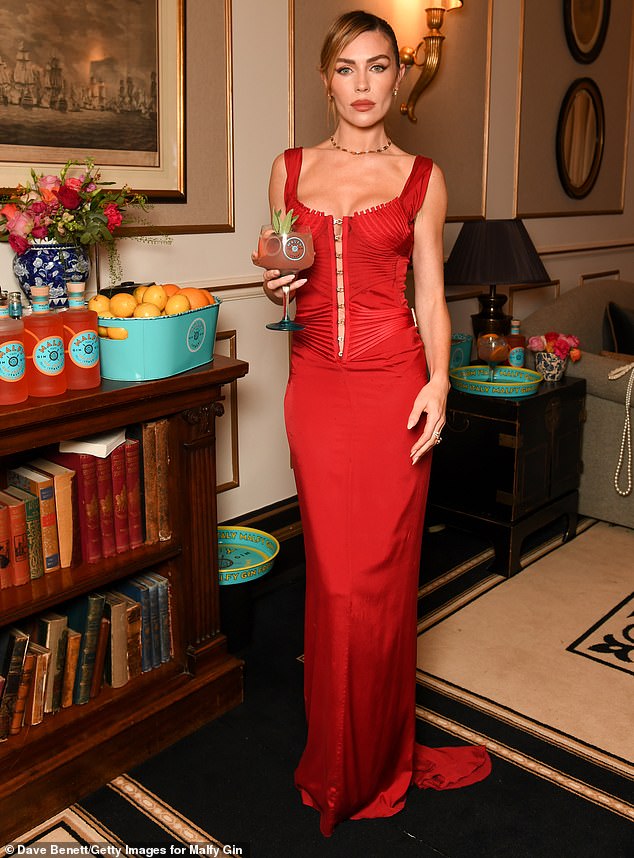 Lady in red: The model and mother-of-four looked incredible in her sweeping scarlet gown as she posed up a storm before the ceremony

Nominees for Designer of the Year included Demna for Balenciaga, Jonathan Anderson for JW Anderson and Loewe, Matthieu Blazy for Bottega Veneta, Miuccia Prada – with Pierpaolo Piccioli for Valentino taking home the award.

In the running for the Independent British Brand Award was Bianca Saunders, Erdem, JW Anderson, Molly Goddard and Wales Bonner.

Burberry was awarded for its significant innovation and experimentation within the Metaverse World in the past 12 months and for pushing the boundaries to showcase excellence in this space. 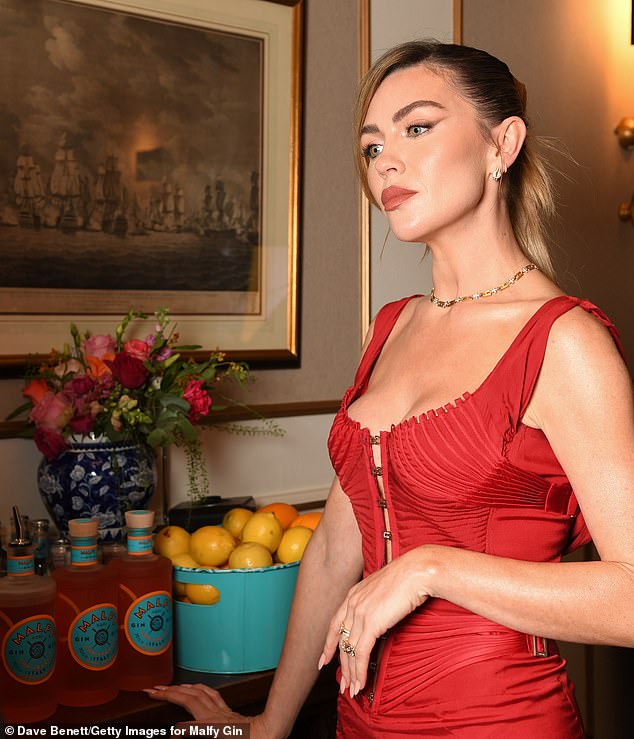 Model moment: Abbey wore her blonde locks swept into a sleek up-do as she prepared to walk the red carpet 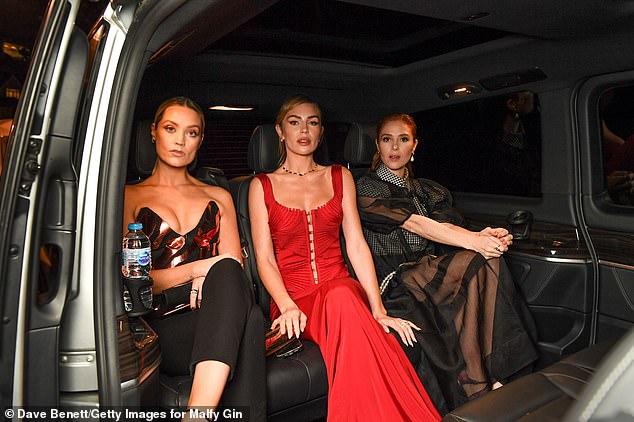 Ladies’ night: Inspired by the stylish Amalfi lifestyle and embodying the essence of La Dolce Vita, Malfy Gin was an official partner of The Fashion Awards this year

Designer of the Year: Pierpaolo Piccioli for Valentino

The 15 designers, brands, creatives, and individuals who created positive change within the fashion industry this past year under three categories: Environment, People and Creativity.

Recognises designers and brands who made a global impact in the past year through their creativity in design, campaigns, collaborations and firm business foundation as well as defined the shape of global fashion.

Celebrates those who have made a significant contribution towards reducing the environmental impact of our industry to create positive change. They are the leaders and are setting the bar by exploring new business models, design principles, production processes, consumption, and disposal.

Recognises those who have led change by encouraging equal, diverse, empowered workforces from head office to supply chain and shop floor. It focuses on the impact fashion has on communities.