British father, 33, is found dead in Belgium after ‘falling into river’

British father, 33, poses with his fiancee hours before he fell into a freezing river and died after attending a wedding in Belgium

A British father has been found dead in Belgium after he apparently stumbled off a woodland path and fell into a freezing river.

Jason Gapper, 33, went missing on Saturday after he and his fiancee Auré Flament had been guests at a wedding in Villerot.

His body was found in the river on Sunday near where the couple had walked from the wedding venue back to their accommodation.

The father-of-one from Bristol – described as ‘funny and caring’ by relatives – is believed to have stumbled off the path.

Tragic last picture: Jason Gapper, 33, poses with his fiancee hours before he went missing after attending a wedding in Belgium. His body was found in a river the next day

The care home chef was just yards behind his fiancee when he disappeared, in what Belgian police believe was an accidental death.

Police searched the area and found Jason’s phone close to the entrance of the woods.

Mr Gapper’s family are trying to raise £7,000 to repatriate his body back to the UK because he did not have travel insurance.

His aunt Leanne Pitt, 33, said: ‘We are all just so shocked, the past few days have felt so surreal, like a bad dream.

‘We can’t believe that he has been taken from us – it was so sudden that it feels impossible.

‘Thirty-three is no age to go – he had his whole life ahead of him.

‘He was just really funny and such a caring person. He loved music, animals and helping wherever he could.

‘He had so much to look forward to, and was really enjoying life – he had a new job, was watching his daughter grow up and was due to be married.

‘One moment he was here and the next he was gone.

‘When we called the residential home he had just started working at they just told us what an inspiration he was to everyone who lived there, it had only been two weeks but they loved him. 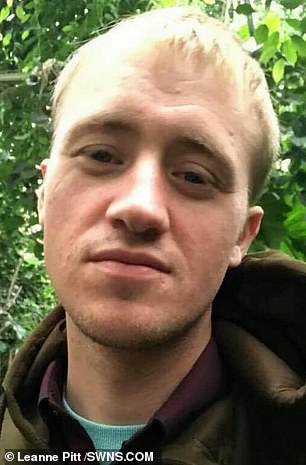 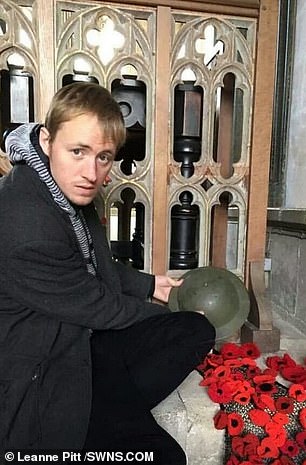 Victim: Jason Gapper (pictured), a father-of-one from Bristol, went missing on Saturday after he and his fiancee had been guests at a wedding in Villerot

‘He always had a way with people and knew how to see the best in everyone.’

Leanne rushed to Villerot, a part of the city of Saint-Ghislainon in west Belgium, on Sunday to join the search effort with Jason’s parents.

But Jason, who has a six-year-old daughter, had been found by the time they arrived.

He had recently started a job in Southend-on-Sea, Essex, as a chef in a care home after working as a charity fundraiser in Bristol for a number of years.

Leanne added: ‘It’s important for us as family to have him home, but most of all it’s for his daughter – she needs to grow up knowing where her daddy is and knowing that she can go and see him.

‘We could never have seen this coming and we couldn’t pay such a large amount of money straight away.

‘As soon as we were handed the bill and found out that it was going to be £7,000, I knew that I had to do whatever I could to get him home with us.

‘We have an amazing response to the fundraiser so far, I can’t believe how generous people have been and it goes to prove how many people’s lives he touched in one way or another.’