A British father has been thrown in a Bangkok jail after flying to Thailand to recover his nine-year-old son he claims was abducted by the boy’s mother.

Jodie Smith, 41, was held by police at an airport in Bangkok on Wednesday.

He was with Joleon, his nine-year-old child, who he says was kidnapped by his Thai  mother Jintra Jummaimuang Smith, 31, in November.

Jodie Smith, pictured right, with his nine-year-old son Joleon, who he traveled to Thailand to find after he disappeared with his mum

Jodie, from South Queensferry, near Edinburgh, is now facing charges of abduction and trespassing after finding his son in a village in Sakon Nakhon Province, northern Thailand, and bringing him to the airport.

He was being held in Sakon Nakhon Prison and his legal fees are said to have already reached £5,000.

Jodie has denied any wrongdoing.

Speaking in The Mirror, she said: ‘I believe Joleon has been returned to his mum. 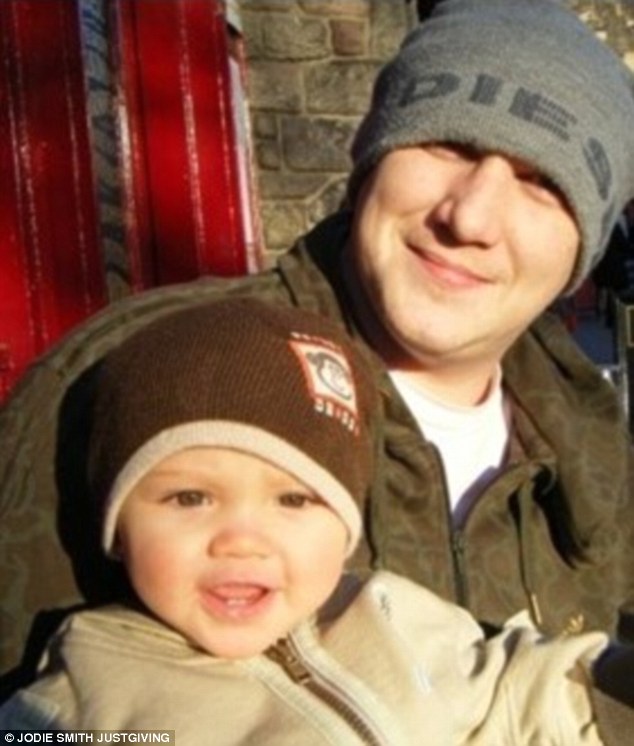 ‘I’ve had no contact with Jodie since and I have no idea what he’s going through.’ 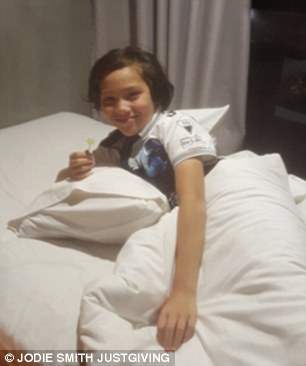 Pictured, nine-year-old Joleon who is claimed to have been kidnapped by his mum

She added: ‘Jodie has been thrown in jail on charges of trespass and abducting his son, even though Joleon was snatched by Jintra and he asked his dad to bring him home.’

Lidia says Jintra said she was taking her son on a holiday and was planning to return to the UK in the New Year, where the cleaning firm she was working for expected her back on 2 January 2018.

Police Scotland were informed of the mother and son’s disappearance but little could be done with the pair being in Thailand.

Jodie decided to take matters in his own hands and, having tracked Jintra and Joleon down, traveled to Thailand along with Sean Felton, head of British support group Abducted Angels.

Sean was also detained by Thai authorities on Wednesday.

According to a statement made by Lidia in The Daily Record, the Foreign Office told her Jodie was released from jail.

She said: ‘She told Jodie she would drop the charges for money and a plane ticket for her back to the UK.

‘He rang me and I started asking family and friends to help me raise the money when he called again and said, “Don’t send any money”.’ 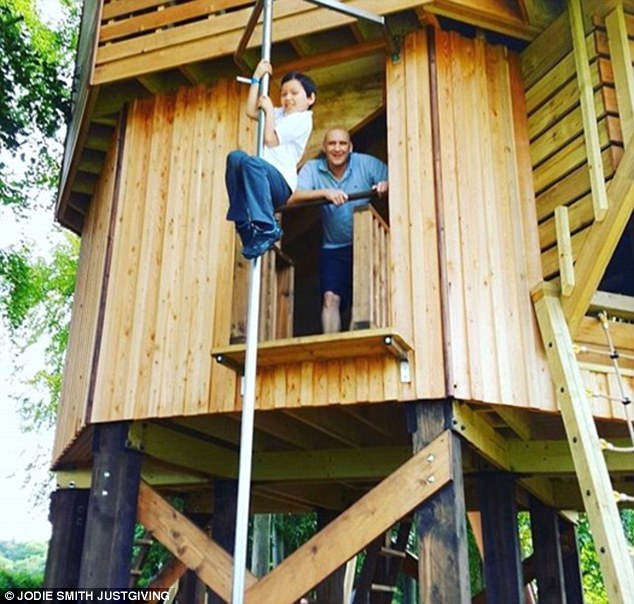 Pictured, little Joleon slides down a pole in a funding page that’s been set up for his father to help pay for his legal fees which he has accumulated after being thrown into a Thai jail

She said Jodie and Jintra met in 2006 in Thailand and the couple returned to the UK when Jintra became pregnant with Joleon. Things, she said, started going wrong when their son was about two-years-old.

The couple separated and had shared custody of their son until the disappearance, which prompted Jodie to get full custody on 5 February from Edinburgh Sheriff Court.