British girls are named among heaviest binge-drinkers in Europe, WHO study finds

Teenage girls in the UK are some of the worst binge-drinkers in Europe, research shows.

England, Wales and Scotland were placed in three of the top six places in a drinking league table of 36 European nations for adolescent girls.

It comes despite binge-drinking rates among British youngsters dipping in recent years. Girls were also more likely to drink heavily than boys.

British girls are among the worst binge-drinkers in Europe, a study has shown (stock image)

University of St Andrews scientists compared the alcohol intake of 15-year-old girls and boys between 2002 and 2014.

They found in most European nations, including Britain, the number of teenagers who had been drunk on at least two occasions had fallen.

But teenage girls in the UK remained some of the heaviest drinkers across the continent, according to the data featured in the World Health Organization report.

More than half of English teenage girls (54.7 per cent) had got drunk at least twice when figures were first recorded in 2002.

However, this dropped to 30.9 per cent in 2014, meaning England has only dropped one place from when it ranked fifth more than a decade ago.

Wales (33.6 per cent) has remained in second place – despite the percentage of 15 year old girls who admitted being drunk at least twice having almost halved.

But Scotland (32.9 per cent) has jumped up from fifth to fourth. 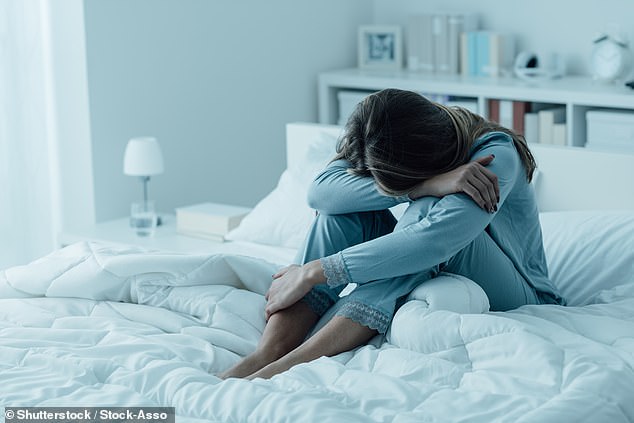 In contrast, only Scotland (32.4 per cent) were named in the top 10 for boys. Wales ranked 13th and England placed 18th.

Denmark placed top of the table for binge-drinking among teenage girls, with 37.6 per cent of 15 year olds having admitted to being drunk twice.

While Hungary scored the worst for boys. Some 41.2 per cent of 15 year olds said they had been drunk at least twice in their lives in the country.

Dr Jo Inchley, lead editor of the report, said: ‘Overall reductions in harmful drinking have been greatest in countries that traditionally have had higher prevalence, such as Great Britain and the Nordic region.

‘This makes it clear that change is possible; however, more should be done to ensure that adolescents are effectively protected from the harms caused by alcohol.’

Dr Zsuzsanna Jakab, regional director for WHO Europe, said: ‘Young people are regular drinkers at an age where they should not be drinking at all.

‘As we know that any alcohol consumption at this critical developmental stage in life is especially harmful, policy-makers have a responsibility to implement the measures we know are effective, such as limiting access, enforcing age checks and restricting any type of alcohol marketing, including digital marketing.’

She added: ‘Other warning lights are flashing and we need to pay attention to growing problems like self-harm, substances, and poor mental health.

‘In many areas it’s harder than ever for young people to get help. There are fewer places to turn and the help that’s there often isn’t good enough.’