Debra Beach, 58, pictured in Egypt, died just one day before she was due to fly home

A British grandmother-of-13 has died while on a luxury holiday in Egypt from a suspected panic attack despite being fit and healthy.

Debra Beach, 58, who had no history of panic attacks, died just one day before she was due to fly home to Epsom, Surrey, after two weeks in Hurghada.

She woke up struggling to breathe and passed away an hour later in her four-star room at the £78-a-night Hawaii Riviera Aqua Park Resort, saying with her final words: ‘I can’t do this anymore.’

Her daughter, Leiann, 38, was later told how she had died from a panic attack that had caused Sudden Adult Death Syndrome (Sads) in November 2017.

The family are now raising awareness of panic attacks and Sads, and planning a legal case against the hotel over claims it took them 45 minutes to respond. 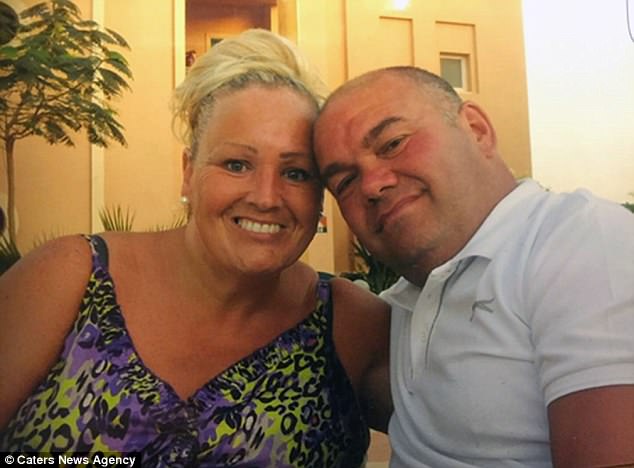 Debra Beach had been together with her husband Ken, 58, for 11 years, and they were soon due to celebrate their 40th wedding anniversary with a cruise

Leiann, a full-time mother, said: ‘We’d had an amazing holiday and just three hours before my mum’s panic attack started we were up together and having a great time.

‘We were coming to the end of a two-week break with my sister and her four children and my three kids when the disaster happened.

‘I rushed into my mum’s room after my nephew, who was staying in her room, began knocking at my hotel room door at 6am on November 14.

‘I knew it was serious as soon as I saw her breathing into a bag and struggling to talk. 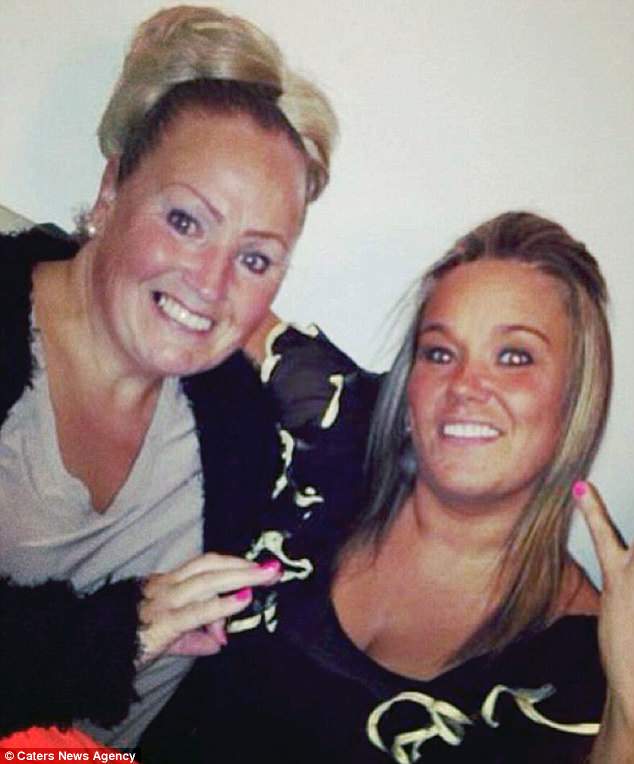 Leiann and Debra Beach, who were on holiday together in Hurghada in November 2017

‘I decided to call reception and ask for the on-site doctor, but it took ages before someone finally arrived. 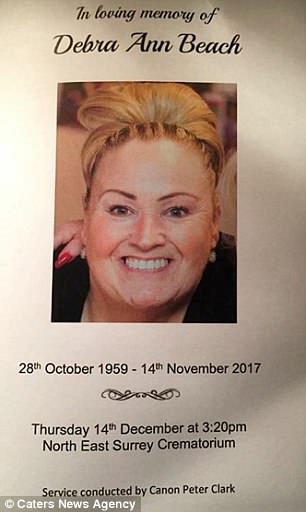 ‘My mum then started bleeding from her nose and mouth, it was horrific, no one knew what to do to save her.

‘I’d rang for an ambulance and I’d even called my friend in Egypt to call a local one too.

‘But it was all too late, her lips went blue and she stopped breathing. Her final words were ‘I can’t do this anymore’.

‘It was heart-breaking and although she may not have been saved if help came straight away, the delays for the onsite doctor was shocking.

‘We don’t think he was even trained to deal with life threatening illnesses as he was panicking and not helping my mum in anyway.’

An autopsy conducted at St George’s Hospital in Tooting, South London, found nothing abnormal and concluded that her death was most likely caused by a panic attack that led to Sads. 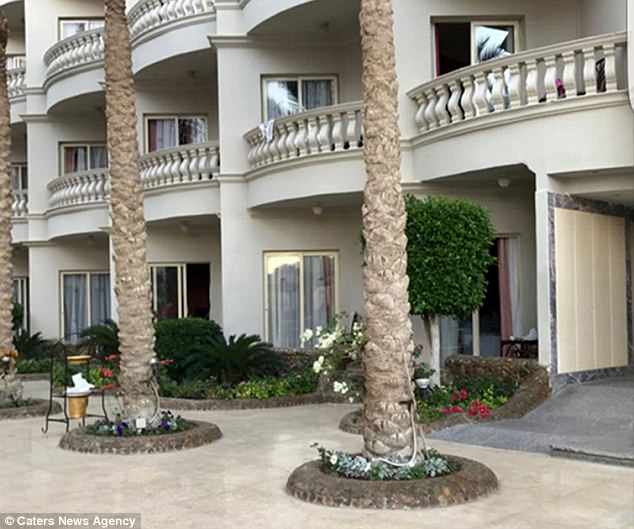 The family were on holiday at the four-star Hawaii Riviera Aqua Park Resort in Hurghada, Egypt

Leiann said: ‘We had to wait three weeks to get her home and it was awful having to board our plane without her the following day. We were best friends and life won’t ever be the same without her.

Sads: The invisible killer that claims 500 lives a year in Britain

Sudden adult death syndrome (Sads) is caused by a ‘ventricular arrhythmia’, a disturbance in the heart’s rhythm.

It can strike at any age and can even affect those who are fit and athletic.

Sometimes there are no warning signs, but in other cases victims can experience dizziness or fainting spells. It is often triggered by physical or emotional stress.

Around one in four cases is thought to be caused by a set of conditions called ion channelopathies.

These affect the electrical functioning of the heart without affecting its structure, meaning they can only be detected in life rather than after death.

The prevalence of Sads is not fully known as many sudden deaths are put down to accidents, but research suggests it claims around 500 lives a year in Britain.

It was first noted in 1977 among Hmong refugees in the US. It was then reported again in Singapore when medics looked through records which showed 230 healthy Thai men died suddenly between 1982 and 1990.

‘My dad, Ken, 58, was supposed to be celebrating his 40th wedding anniversary with her on a cruise – they’d been together since they were 11 years old.

‘We will never know the true cause for why our mum had a panic attack that then killed her.

‘But due to the slow response by medics in Egypt I don’t think I’ll ever go abroad again. I just don’t feel safe taking my kids away incase something was to happen to them.

‘My mum had no history of panic attacks and was the happiest and most caring person you could ever meet.’

Leiann is now sharing her story as a warning to other tourists who will be going abroad this summer.

She added: ‘I want to make people aware that on-site doctors aren’t always able to help and if something serious happens that you might be left to wait like we did.

‘We don’t know whether faster medical help would have saved her life but it definitely would have made it less frightening for her and us during her final moments.’

The family booked their two week luxury break with Romford-based A1 Travel, which has since gone out of business following the collapse of Monarch Airlines.

The Beach family have since launched a legal case against Hawaii Riviera Aqua Park to investigate the death and find the causes behind the claimed delay.

Hawaii Riviera Aqua Park Resort has yet to respond to a request for comment.

Can having a panic attack kill you?

A panic attack takes place when the body experiences a rush of intense psychological and physical symptoms.

These can make people feel an overwhelming sense of fear, along with nausea, sweating, trembling and a sensation of a irregular heartbeat.

Some people with the condition of panic disorder may have one or two attacks each month, while others can have several a week.

But there have been examples of panic attacks exacerbating another condition that can be fatal, with one previous incident in the US in 2010.

Then, Danielle Goldberg, 26, got stuck in a lift in New York, and suffered a panic attack that made her heart beat so wildly that it went into cardiac arrest.

She lost consciousness and died in hospital – but already had a congenital heart condition, meaning it was not the panic attack itself that killed her.

NHS medics also say panic attacks should not cause people any physical harm and it is unlikely that they will be admitted to hospital if they have had one.