Premature deaths from heart attacks and strokes have risen for the first time in 50 years as Britain’s obesity crisis takes hold, a report reveals today.

After years of warnings that we are eating too much and exercising too little, poor lifestyles are now reversing decades of medical progress.

Between 2014 and 2017 the number of people who died from cardiovascular disease before the age of 75 – the definition of a ‘premature’ death – rose for the first time since the 1960s.

Heart disease-related deaths in under-75s rose in the UK between 2014 and 2017 for the first time in 50 years. Experts have linked obesity rates to the rise

The number of heart deaths among the under-65s is also increasing, suggesting poor health is striking at an earlier age.

Simon Gillespie, chief executive of the British Heart Foundation, which compiled the report, said: ‘We are deeply concerned by this reversal.

‘In the UK we’ve made phenomenal progress in reducing the number of people who die of a heart attack or stroke.

‘But we’re now seeing more people die each year from heart and circulatory diseases in the UK before they reach their 75th, or even 65th, birthday.’

More than 15million adults in the UK are now obese – 28 per cent of the adult population. Mr Gillespie said: ‘Heart and circulatory diseases remain a leading cause of death in the UK, with millions at risk because of conditions like high blood pressure and diabetes.

‘Rising levels of obesity mean that the future heart health of more than a quarter of UK adults is at risk.’

I wasn’t the type of person to be affected

‘You think someone having a heart attack would keel over,’ she said. ‘This was nothing like that – it was just a mild pressing on my chest and I couldn’t catch my breath.’

Mrs Stanhope, 47, a fit and busy married mother-of-two, who runs her own motivational speaking business, added: ‘I just didn’t think I was the type of person who would have a heart attack.’

It was several weeks before she called a doctor – in which time she travelled abroad, and even went to a gym class. Eventually, Mrs Stanhope started feeling seriously unwell as she walked near her London home. She was admitted to hospital in July 2017 and while there she suffered a minor stroke.

Mrs Stanhope had a stent – a tiny tube – inserted in a coronary artery, which opened up the blood vessel to remove a blockage near the heart. She has recovered well.

Experts last night described the increase in deaths as inevitable after years of worsening diets. Tam Fry, of the National Obesity Forum, said: ‘It is truly cataclysmic. This proves the obesity epidemic is triggering a reversal of decades worth of medical progress.

‘This was an inevitability due to the total indifference to tackling obesity by governments for more than a generation. We are reaping what we have sown.’

The UK has the third biggest obesity problem in Europe, according to a World Health Organisation report last year.

Our waistlines are also bigger. Women in England have put on an average three inches since the 1990s and men’s waistlines have grown by nearly two inches.

The new figures show all of this is beginning to have a major impact on our health.

Cardiologists put this remarkable improvement down to medical advances, quicker ambulance response times and the invention of preventative drugs such as statins. 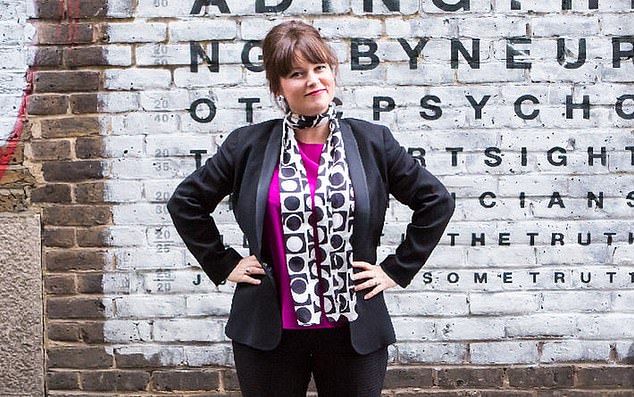 Esther Stanhope suffered a minor stroke, due to heart problems, despite being a fit and busy 47-year-old

Experts say much of this is because of population growth, and that if you look at death rates – which take into account population size – the picture is not so bad.

But they stress that modern medicine should be driving down death rates faster than ever, when in fact they have ground to a halt.

The British Heart Foundation report said: ‘The pace of progress we’ve seen in reducing death rates has slowed to a near standstill, and has even reversed in some parts of the country. The proportion of all heart and circulatory disease deaths in people under 75 is on the rise.’

The report highlighted the 18 per cent increase in people diagnosed in the last five years with diabetes, which for many is strongly linked to obesity and is a major cause of heart disease.

The British Heart Foundation report said: ‘The pace of progress we’ve seen in reducing death rates has slowed to a near standstill’

More than 14million adults also have high blood pressure, with nearly five million of those estimated to be undiagnosed.

Last week official figures revealed that hospital admissions due to obesity had soared by 15 per cent in the past year, with experts warning that the crisis is putting the NHS under severe strain.

Many experts believe cheap, unhealthy food is driving the crisis. One in every four food retailers is now a takeaway and 5,800 new takeaways have opened in only three and half years, according to data revealed by the Daily Mail in February.

Professor Jamie Waterall, of Public Health England, said: ‘Supporting people to become more active, eat well, cut back on alcohol and quit smoking will help reduce the number of heart attacks and strokes, most of which are preventable.’