British ISIS hostage John Cantlie is STILL ALIVE six years after he was captured in Syria and forced to appear in sick propaganda videos for the terror group, MP says

Captive: British journalist John Cantlie, pictured before his kidnapping, is believed to be still alive and in the hands of ISIS

The photographer was captured by the terror group in November 2012 along with American reporter James Foley, who was later beheaded.

The last public sighting of Mr Cantlie was in a 2016 video but a Kurdish official said last month that he was still believed to be in Syria.

However the UK would not pay ransom for hostages such as Mr Cantlie, Mr Wallace said.

Mr Cantlie’s skills as a journalist have been exploited by ISIS in an attempt to lend credibility to propaganda films.

In a video which emerged in March 2016, a thin-looking Cantlie was seen speaking about the bombing of Mosul University in Iraq.

In 2014 he appeared in another video wearing an orange prisoner jumpsuit and revealing how prisoners were waterboarded for trying to escape.

He also read out purported emails between IS and the families of American captives who complained about Washington’s refusal to negotiate their release.

He told the magazine in October that he saw him ‘seven or eight months ago, in my prison, with an interpreter’. 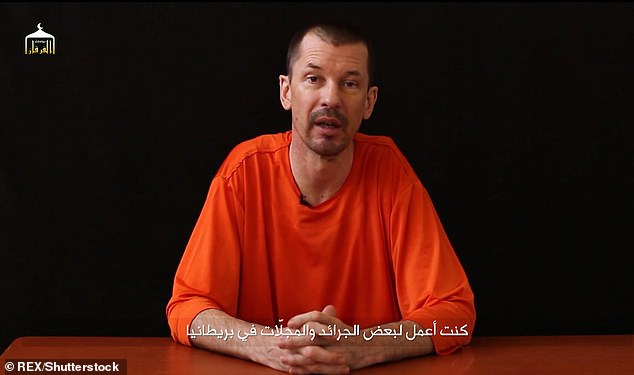 2014: John Cantlie appears in a video two years after his capture by ISIS, wearing an orange jumpsuit and revealing how prisoners were waterboarded for trying to escape 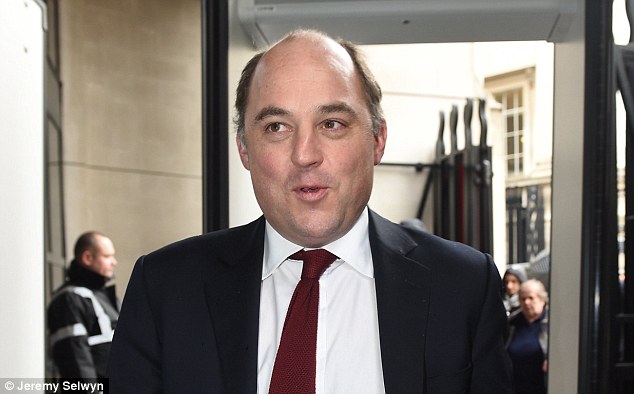 Mr Cantlie had worked for several publications, including The Sunday Times, The Sun and The Sunday Telegraph.

He was captured in July 2012 but rescued by members of the Free Syrian Army, only to be kidnapped again later that year.

A freed ISIS prisoner said he suffered ‘weeks and weeks’ of torture after he tried to escape his terrorist prisoners.

Fellow captive Javier Espinosa, a Spanish journalist, said Mr Foley had escaped from a room but waited for Mr Cantlie rather than run for freedom himself.

‘The guard saw that Cantlie (had freed himself) and Foley could have tried to escape on his own, but gave himself up,’ Mr Espinosa said.

The Briton’s sister, Jessica Cantlie, has previously appealed for ‘direct contact’ with the militants holding him.

Mr Foley was executed in 2014, apparently by the British ISIS terrorist who became known as ‘Jihadi John’. 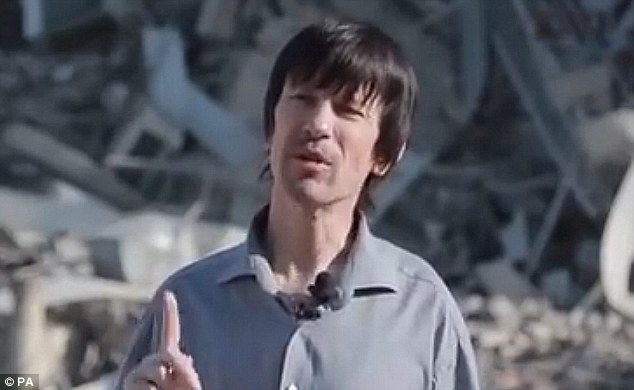 2016: A thin-looking Cantlie appears in another video discussing the bombing of Mosul University in Iraq