British magazine worker, 26, texted her boyfriend an hour after he died in a car crash in Australia

A British magazine worker texted her boyfriend an hour after he died in a car crash in Australia telling him she wanted to join him before taking her own life, an inquest has heard.

Alice Robinson was found dead in her car in Perth on December 23 last year.

An inquest in Shrewsbury heard that the 26-year-old sent a text to her partner Jason Francis around an hour after being informed of his death, telling him she loved him and expressing ‘her intention to join him’.

The Shropshire-born couple were engaged and had emigrated to Australia, where Ms Robinson, a fine art graduate, worked for a lifestyle magazine and her partner, a former RAF firefighter, was an asbestos technician in the construction sector.

Miss Robinson’s parents today paid tribute to their ‘beautiful, talented and gentle’ daughter, and spoken of their devastation at both deaths.

Leigh and Dawn Robinson called for changes to procedures at the Royal Perth Hospital following the ‘avoidable’ death. 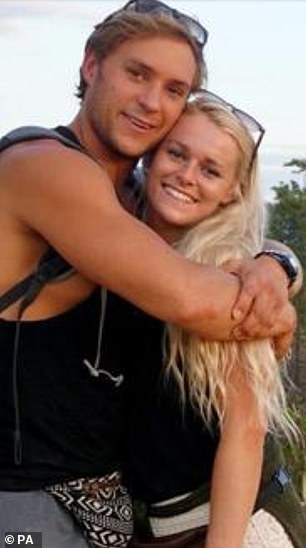 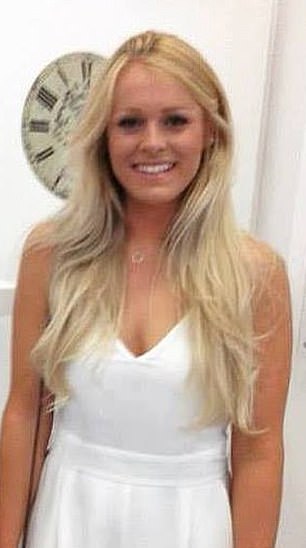 After learning Jason had died (together right), Alice (right) sent a text to her partner telling him she loved him

In a statement issued at the conclusion of the inquest, Ms Robinson’s parents said they believed their daughter – who died after drinking alcohol and taking tablets – should not have been allowed to leave hospital alone after learning of her fiance’s death.

Ms Robinson had ‘died of a broken heart’ after being overcome with shock, her parents said, although they stressed that they did not wish to blame any individual over her death.

Their statement said: ‘Alice was our beautiful, talented, gentle daughter and when she emigrated to Australia with Jason it broke our hearts but we knew that they would live and love their life to the full and cherish their time together.

‘Everyone who knew them will endorse how unique their relationship was, they were totally devoted to each other.

‘On the 22nd of December last year our lives were shattered. News of Jason’s sudden and tragic accident was dreadful. Then within hours we had a second visit by the police to inform us that Alice had died.

‘The circumstances contributing to Alice’s death, we believe were avoidable. When Alice was informed by a police officer at the scene of the accident that Jason had been seriously injured and taken to hospital she collapsed and was clearly distraught.

‘Yet the police officer allowed her to drive herself and find her way to the hospital alone. In our opinion the police failed in their duty of care.

‘At the hospital in the interview room alone, Alice was informed that Jason had died. Stunned, overcome and in shock she asked for some air and was shown outside. When she was outside, at her request, she was left alone and she ran to her car and left the hospital.

‘In our opinion this should never have happened.

‘It is our belief that both the police and the Royal Perth Hospital are accountable. We have asked that they reflect on this incident and consider reviewing their practices.

‘We have been told the police and the hospital staff followed their SOP’s (standard operating procedures). However we believe that those SOP’s need to be amended.’

Mr and Mrs Robinson called for greater awareness that individuals in shock and distraught should not be left alone and said they wanted to do all they could to reduce the chance of a similar tragedy.

Their statement added: ‘We have had to wait a long time for the Coroners report from Perth which has added to our distress. However we have been informed that this has been processed about six months ahead of time and so we thank the Coroners both here in Shrewsbury and in Perth for their speed and attention.

‘This has been the worst year of our lives. First to hear the news that Jason had died, who we loved and treated as our son, and then hours later to learn that we had also lost our beautiful talented daughter, sister, auntie and to many a kind and loyal friend.

‘It has been so hard, we are all heartbroken, totally crushed, and still in a state of disbelief.

‘Finally it is important to say that the Coroners findings state Alice’s cause of death was suicide but to us more accurately she died of a broken heart. It is a real life, tragic, love story.’

The inquest was told Mr Francis had been a semi-professional footballer and played for a rugby club in Australia.

He was struck by a car at about 8pm on December 22 last year, near the home he shared with his fiancee, after socialising with friends from the rugby club.

Witnesses said he had been lying in the road and was struck despite a nearby van flashing its lights to alert the car driver.

The inquest heard Ms Robinson was followed from the hospital by a nurse, who tried to get her to return, but she left at about 9.30pm.

Coroner Mr Ellery told the inquest that at 10.21pm, mobile phone records showed Ms Robinson had sent a text message ‘expressing her love and indicating her intention to join him’.

The coroner recorded narrative findings that Mr Francis died in a road collision, while Ms Robinson’s death was ‘suicide linked to Jason’s death’.

Mr Ellery said: ‘Alice’s death is inextricably linked to the death of her intended fiance. This is a double tragedy. Can I only offer my condolences to you and your family.’